Kat and Jordan’s engagement session was absolutely awesome!! They are a very chill couple, who are pretty laid back and enjoy having a good time hanging out with friends or spending time with their beautiful poodle pupper Stella.

Jordan and Kat met in high school at John Carroll Catholic High School. Kat always saw Jordan in the halls of the school as they went about their days. Jordan had really caught her eye, so at homecoming on Kat’s sophomore year, she decided to go with a small group to dinner. Jordan, who was a freshman at the time, was also in the dinner group. They caught eyes with each other instantly and sparks were flying.

As they flirted with each other throughout the night, Kat took the bold step and grabbed him to dance, and from there the rest was history. 9 Years later, they’re now engaged and Kat had told me about how every day she falls more in love with him and how much they have grown not only together but separately as well.

Kat was down south for Jordan’s cousin’s bachelorette party, and Jordan was in Gainesville. They spoke about meeting up at Universal Studios on her way back to Gainesville for a fun day. So, they both drove and met up there. When Kat had arrived, he was wearing a button-down short sleeve shirt, and jeans, and she thought to herself, “why does he look so nice on such a hot day, while I was rushing just to get into Universal?”

They then walked through the middle of the courtyard across from the Jimmy Fallon ride, next to the Mummy, and Jordan stopped Kat in an area with all the flowers around them. He pointed to one of the buildings and said to her: “Have you ever noticed how no one ever goes in or out of that building?” So, she looked, and then when she looked back there Jordan was, on one knee, shaking, barely able to form the words to ask if she would marry him.

She was in so much shock and snatched the ring from his hand and helped him off the ground and gave him the biggest hug of his life. Although she never said yes because she had no words, they both knew what the answer was.

St. Augustine is a city on the northeast coast of Florida. It lays claim to being the oldest city in the U.S., and is known for its Spanish colonial architecture as well as Atlantic Ocean beaches like sandy St. Augustine Beach and tranquil Crescent Beach. Anastasia State Park is a protected wildlife sanctuary. The Castillo de San Marcos is a 17th-century Spanish stone fortress with views of the St. Augustine Inlet.

With a robust downtown district with lots of shoppes and restaurants, St. Augustine is a bustling city and a great location for an engagement session. Flagler College lays near the heart of the city and it is a great staple that draws lots of attention for its beautiful Spanish colonial architecture. Flagler College is one of my favorite locations for an engagement session because of its versatility and many different spots.

This was truly a great engagement session. I loved how intimate and natural Kat & Jordan were. We walked around the front of the Flagler College, as well as the St. Augustine City Hall. We also had their beautiful poodle Stella join for the fun! For this shoot, it was absolutely stunning, the old Hispanic architecture added a nice flare to the love these two shares for each other. 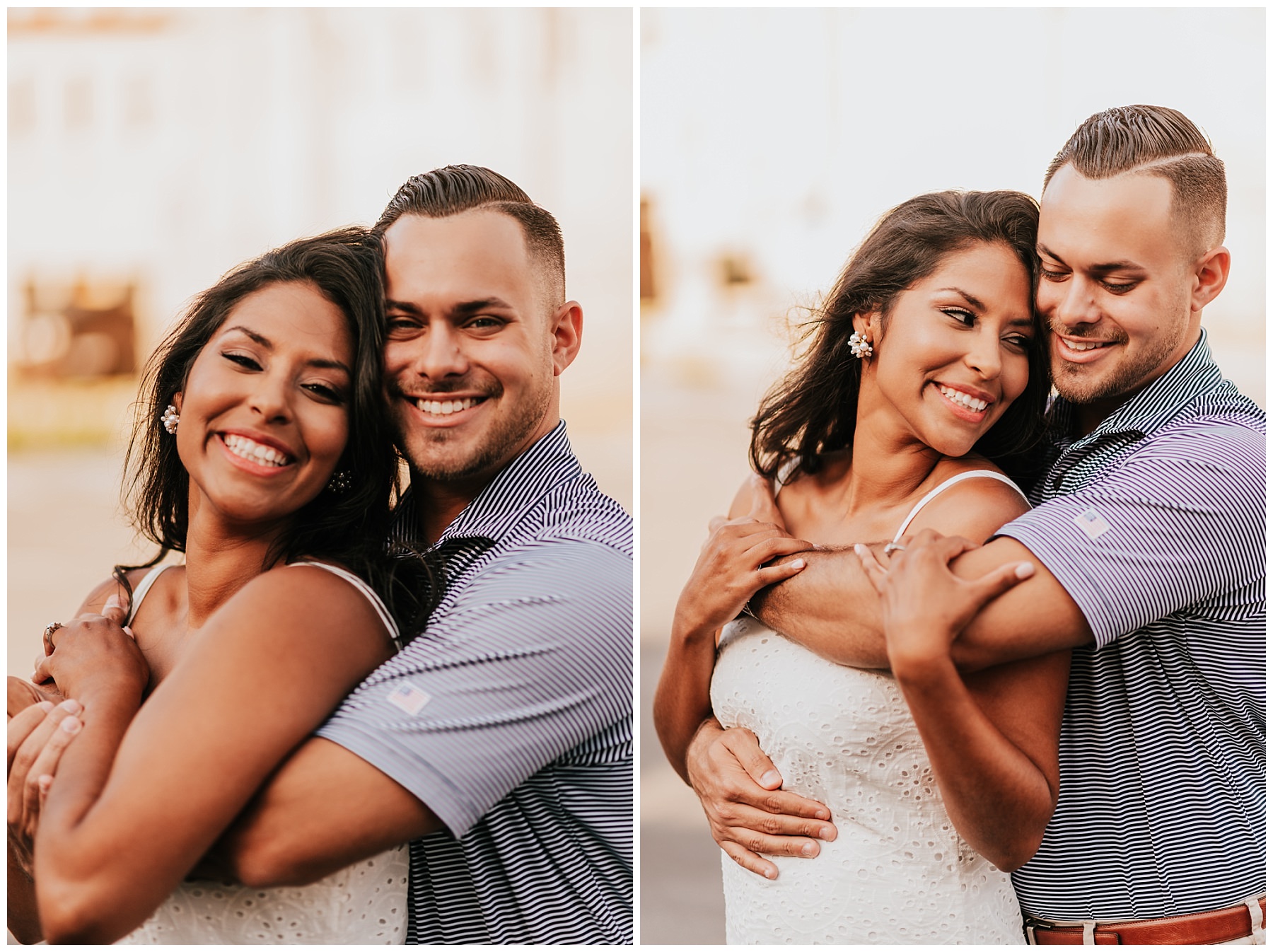 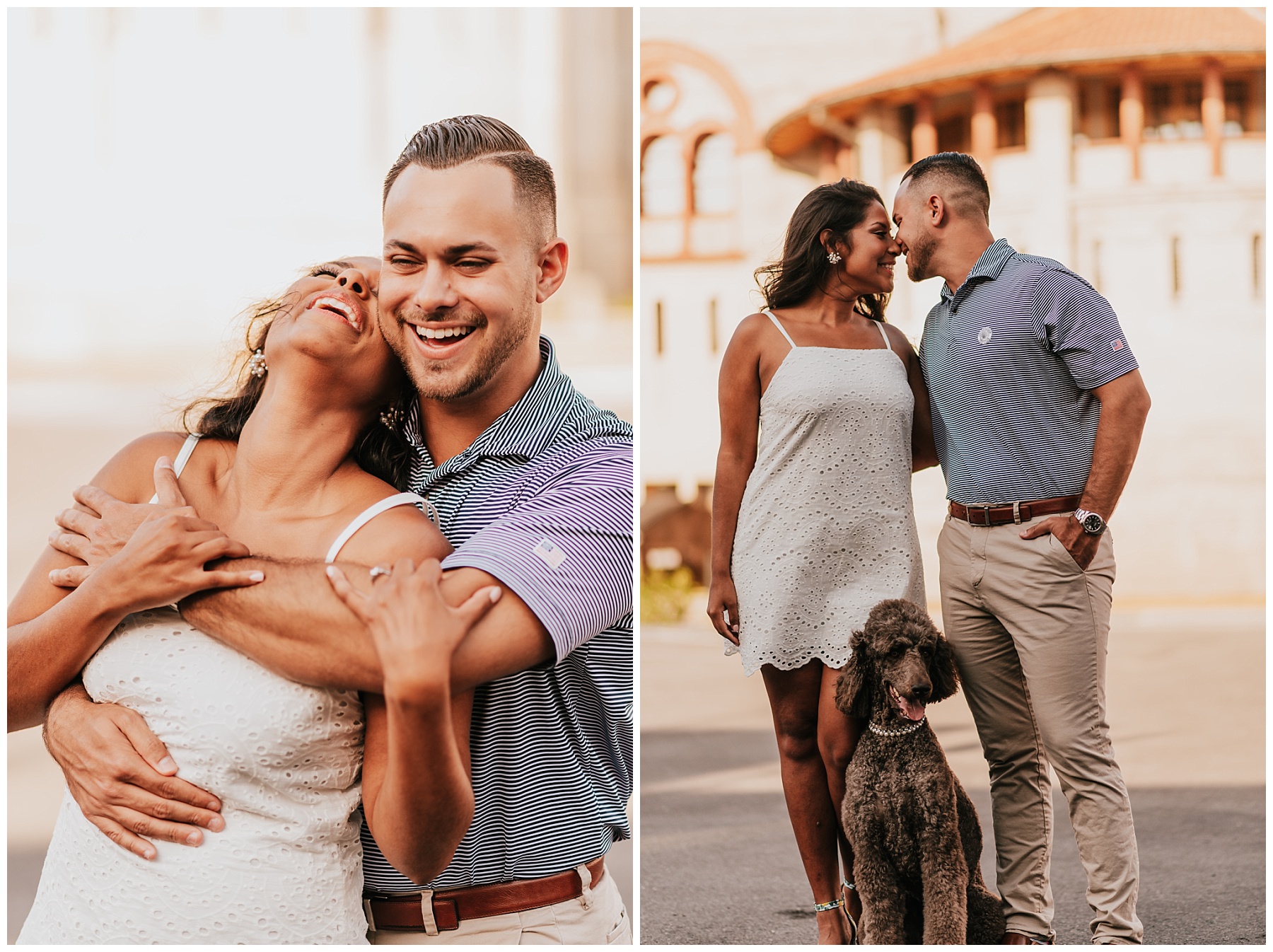 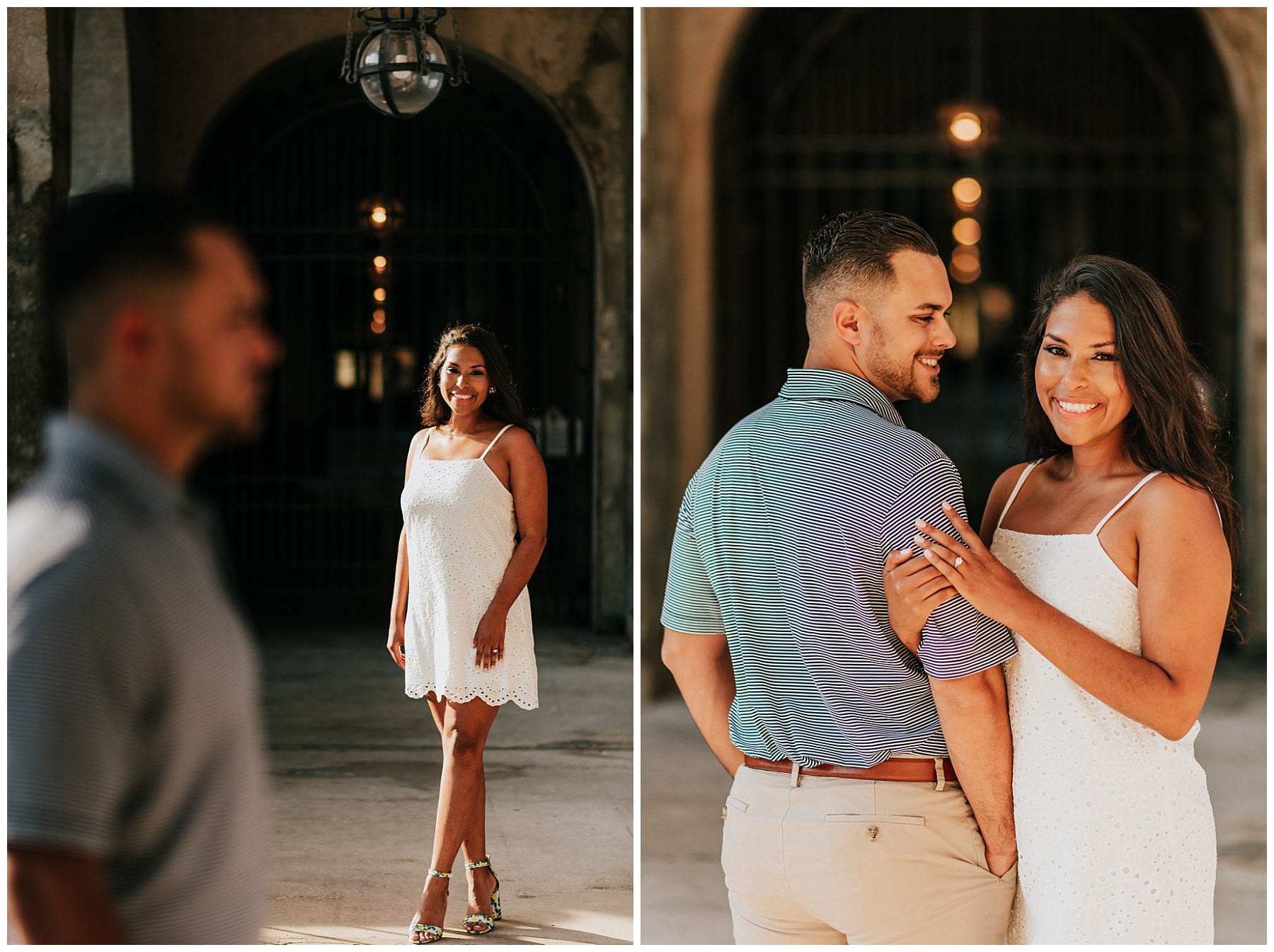 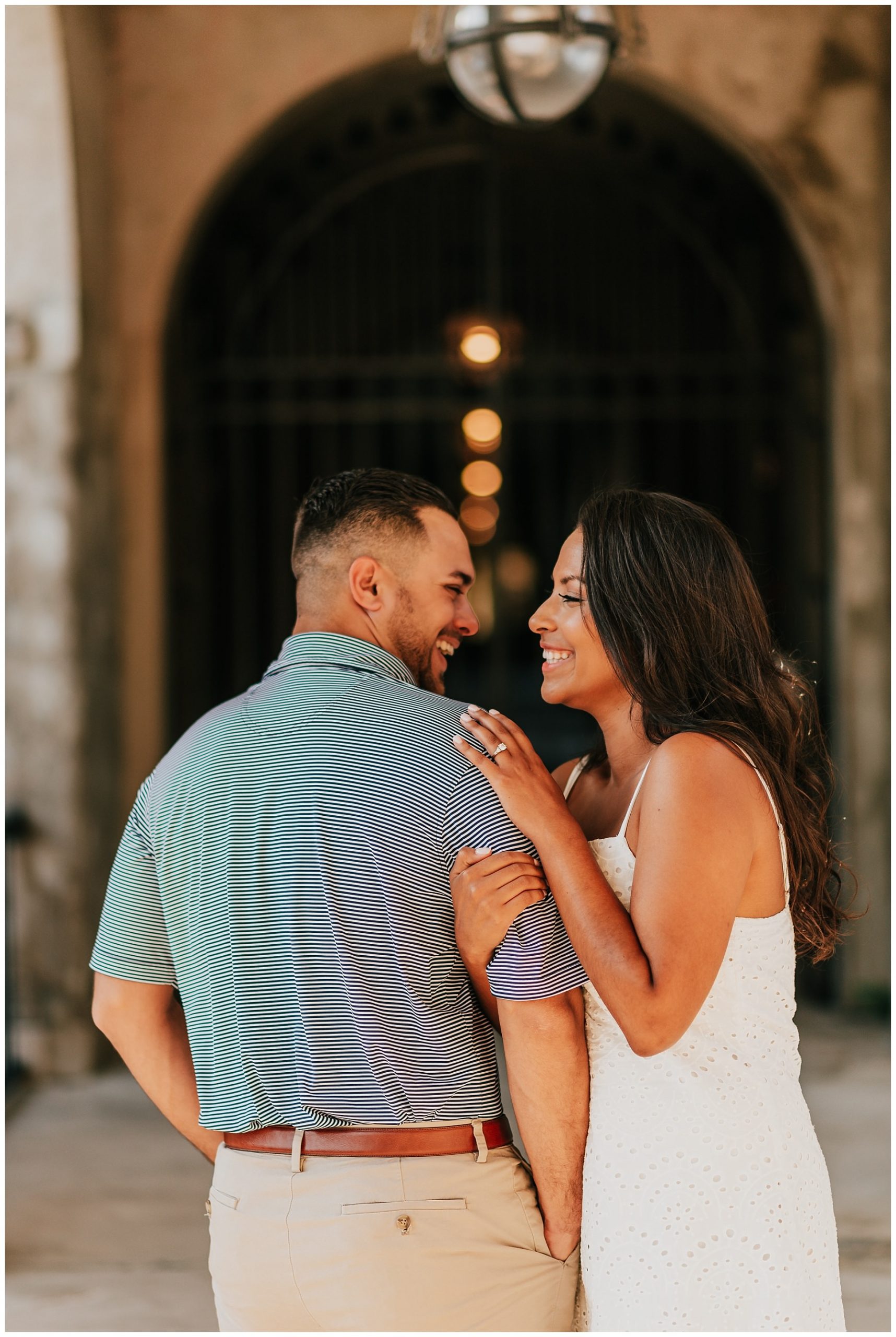 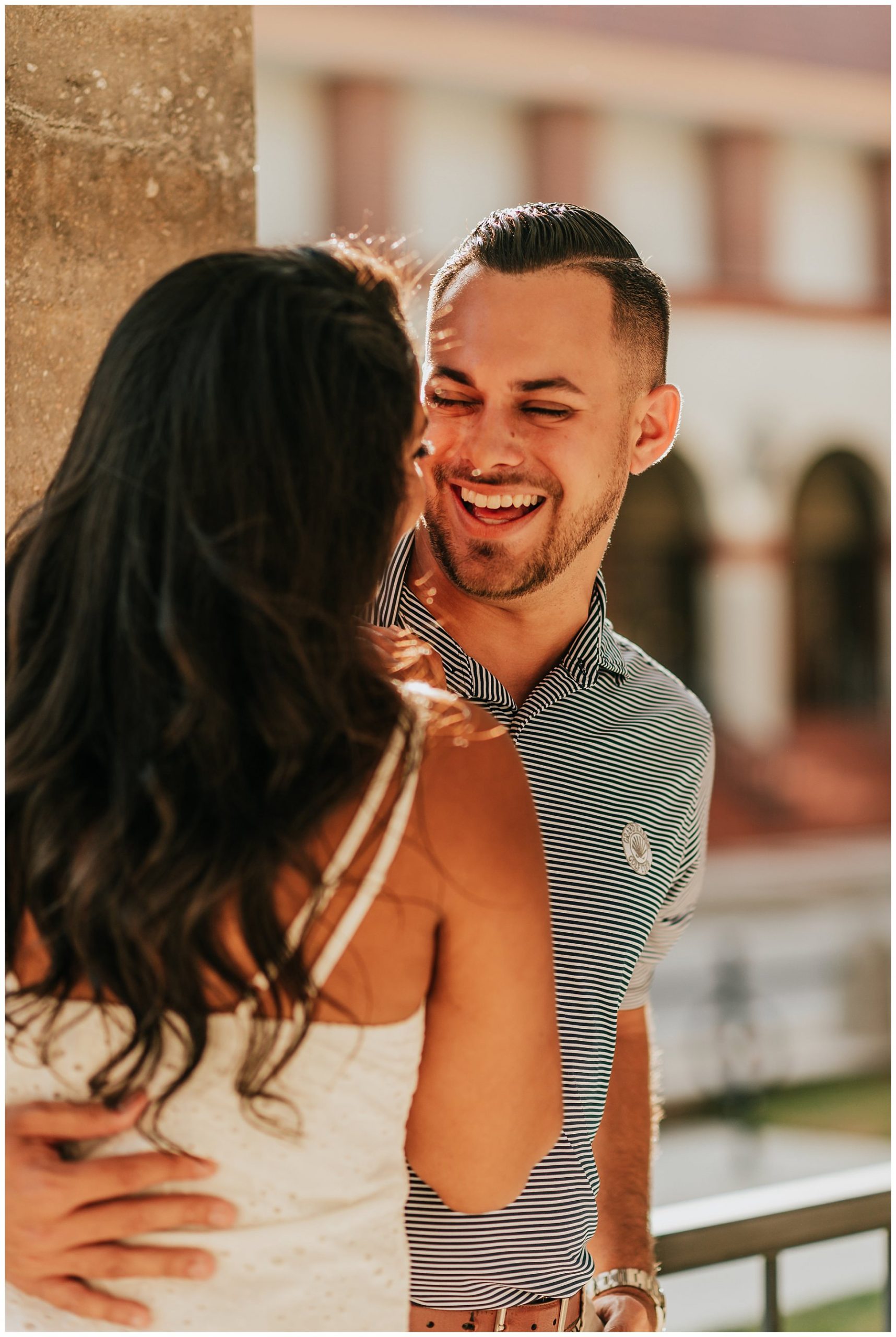 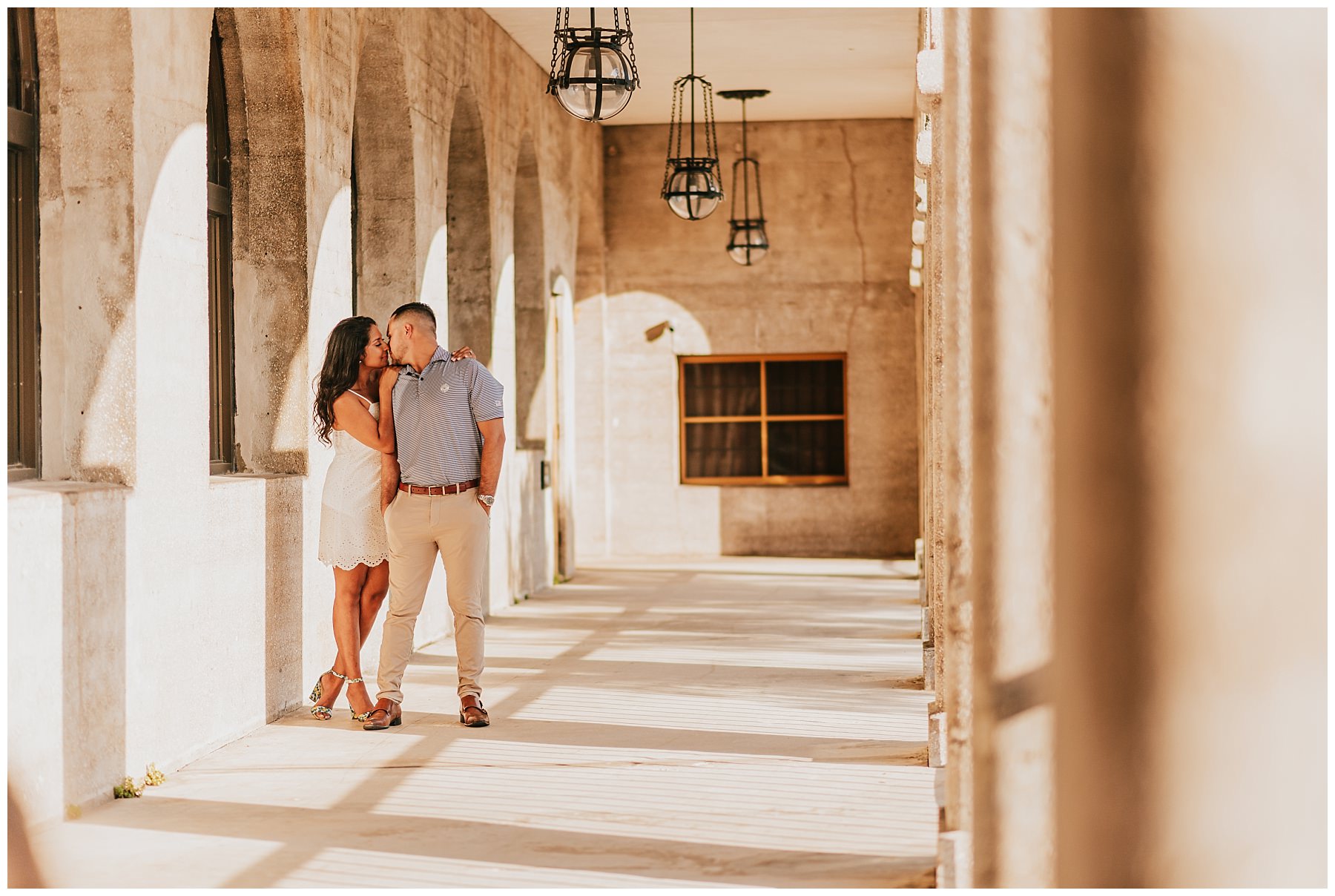 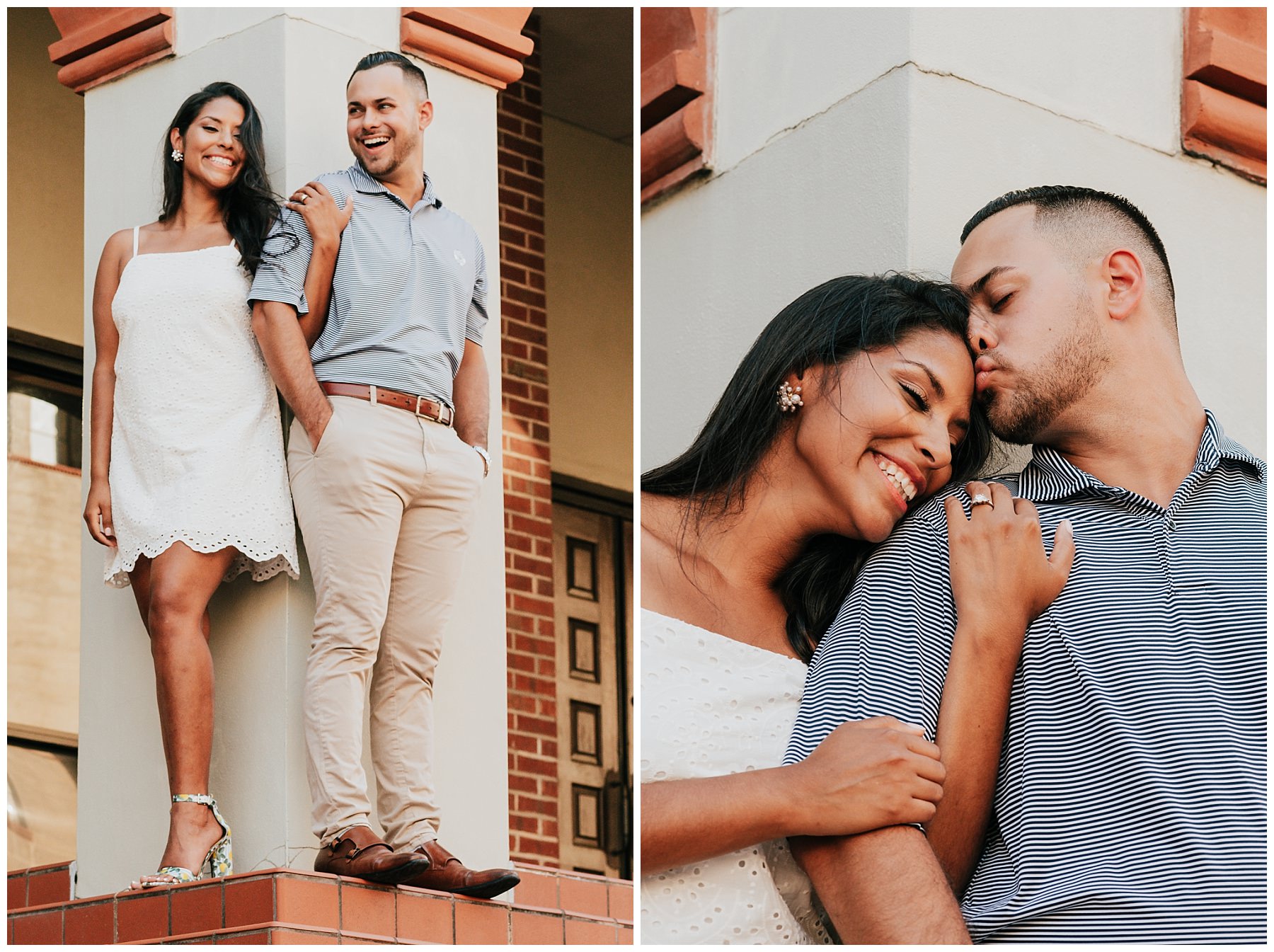 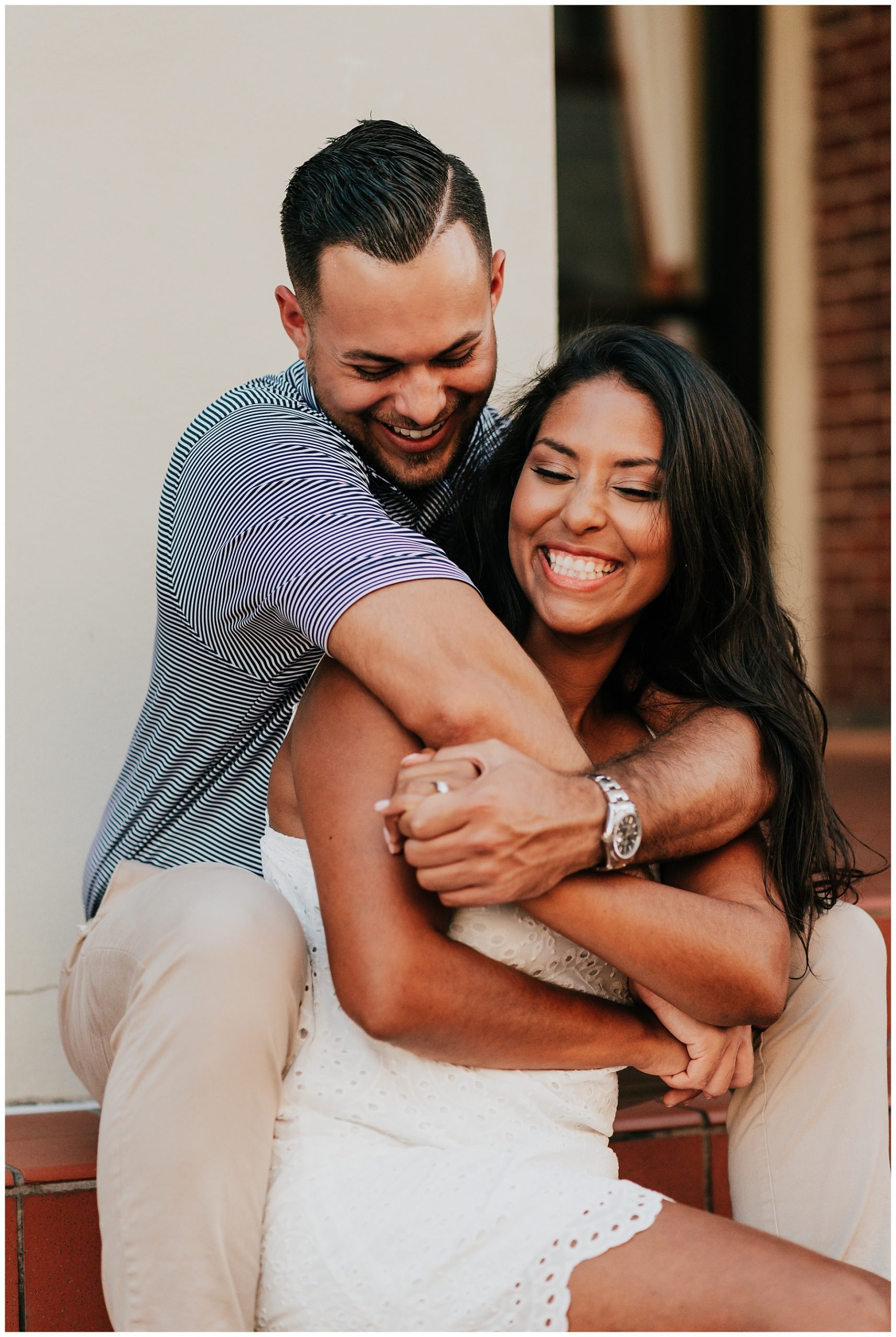 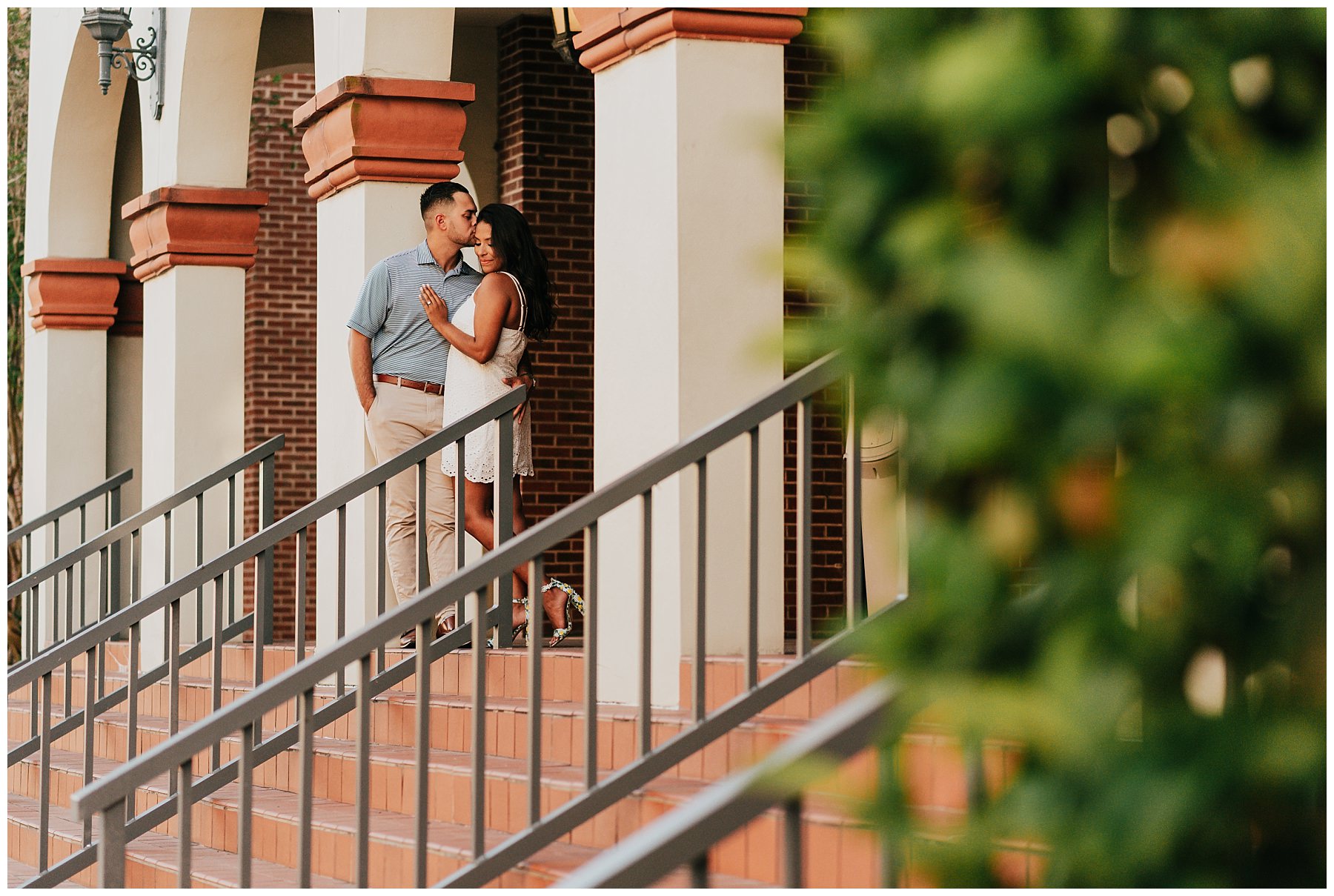 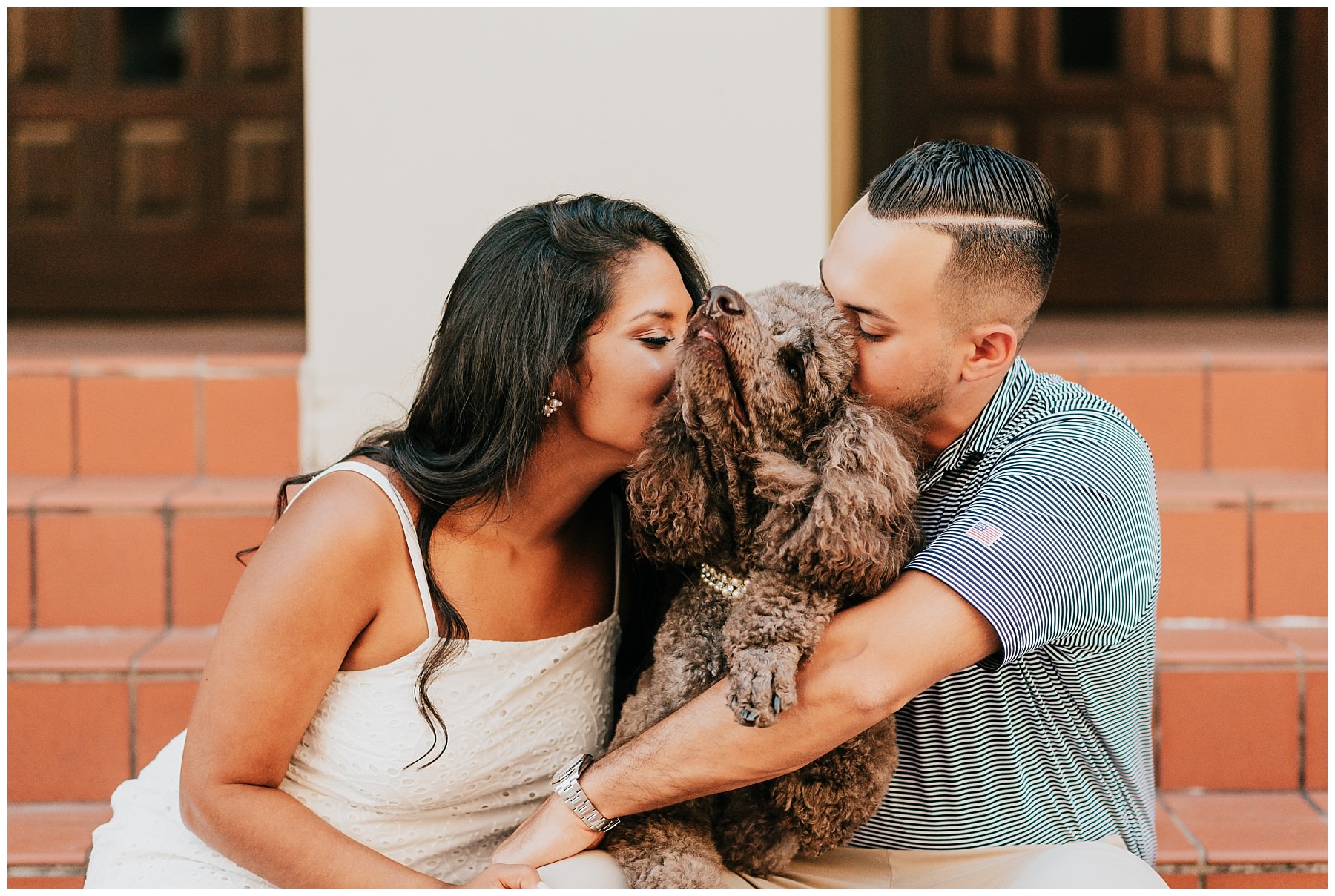 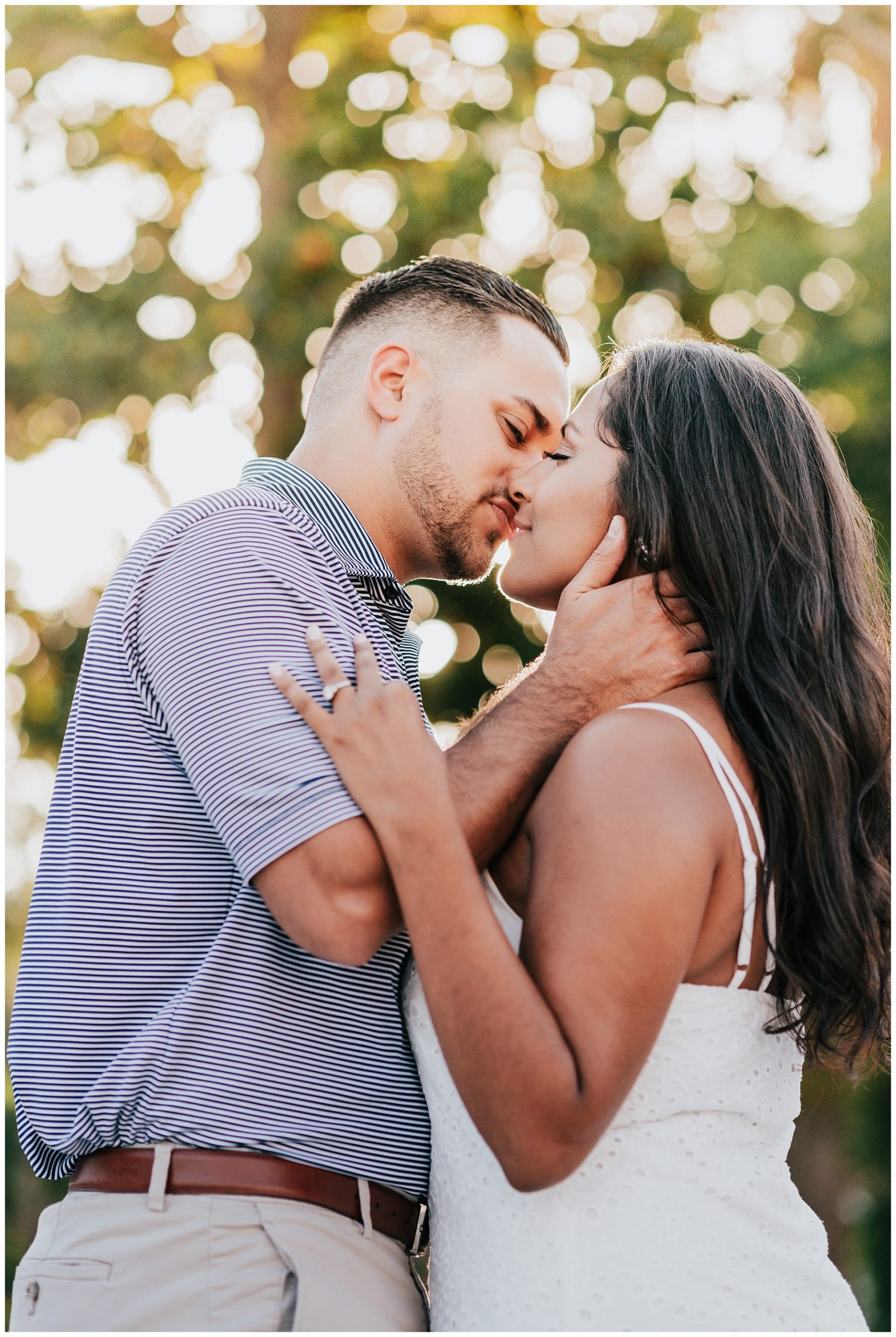 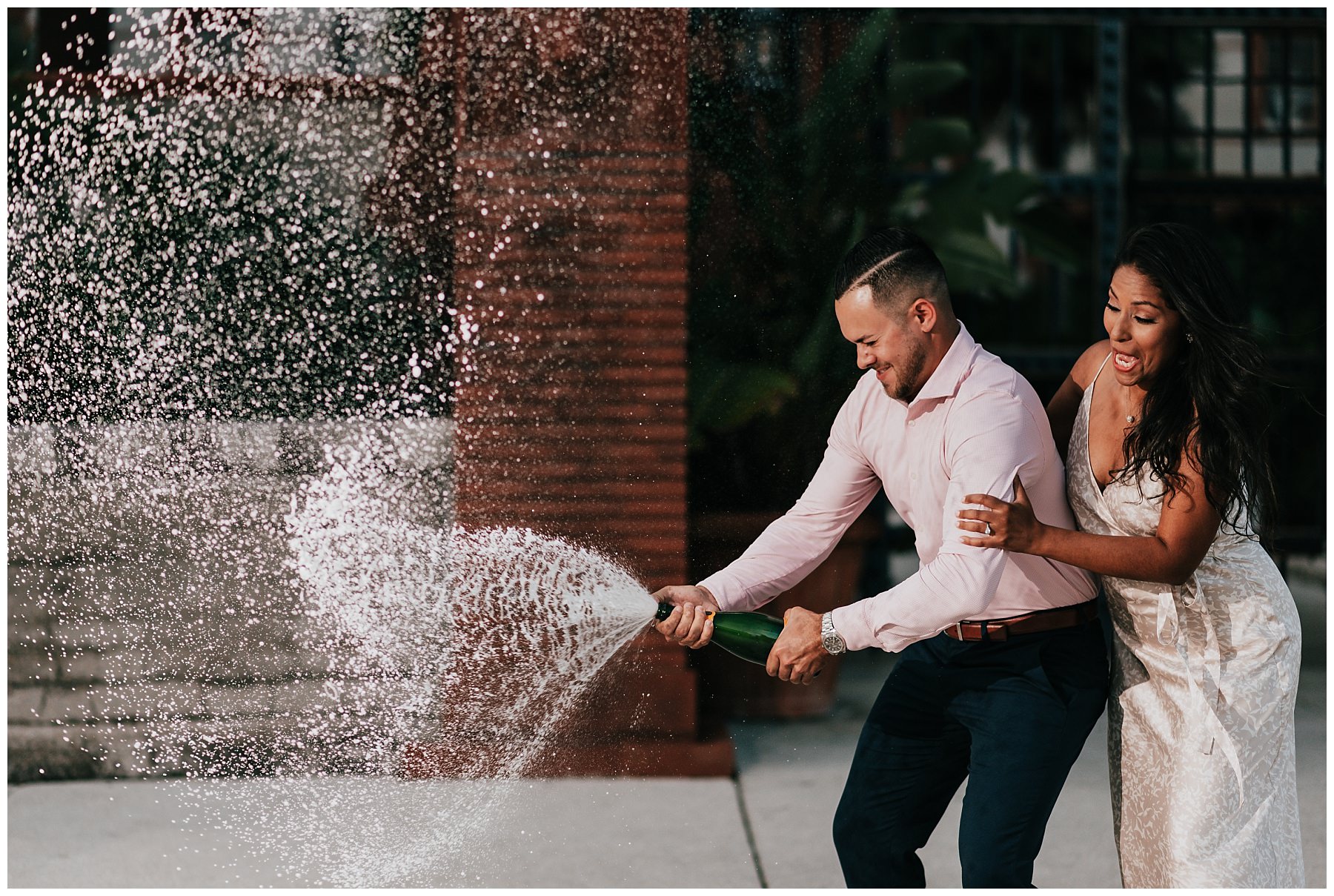 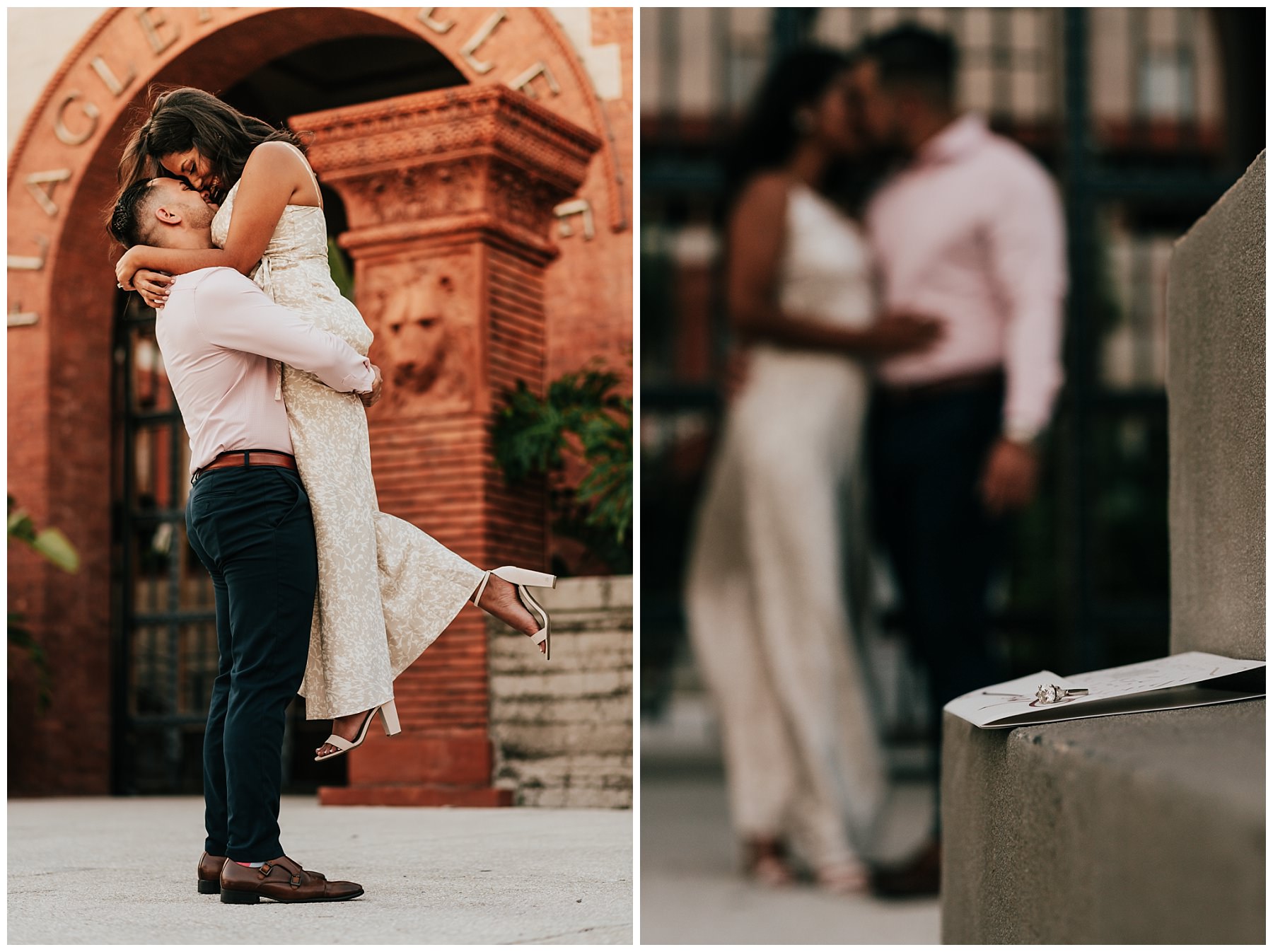 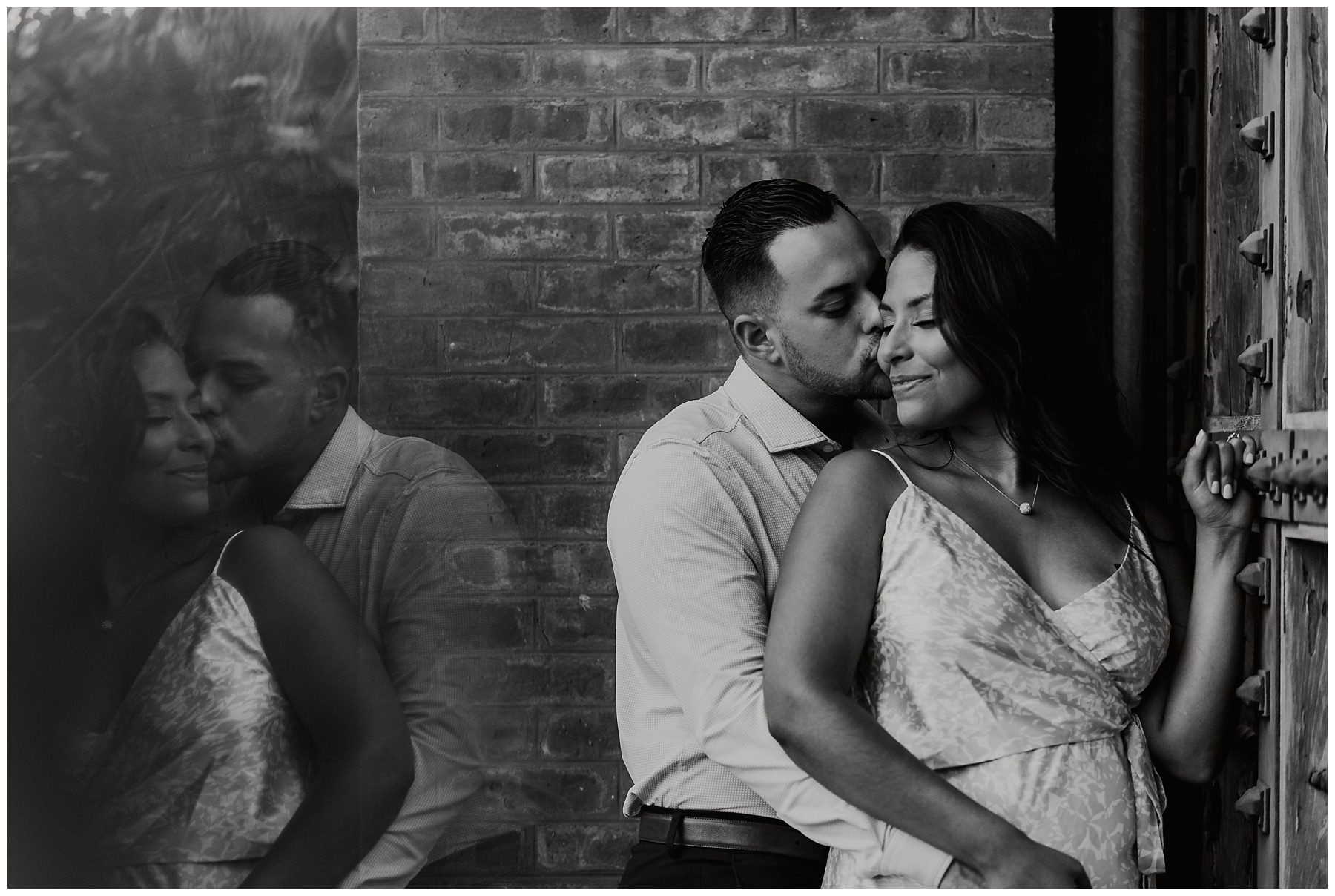 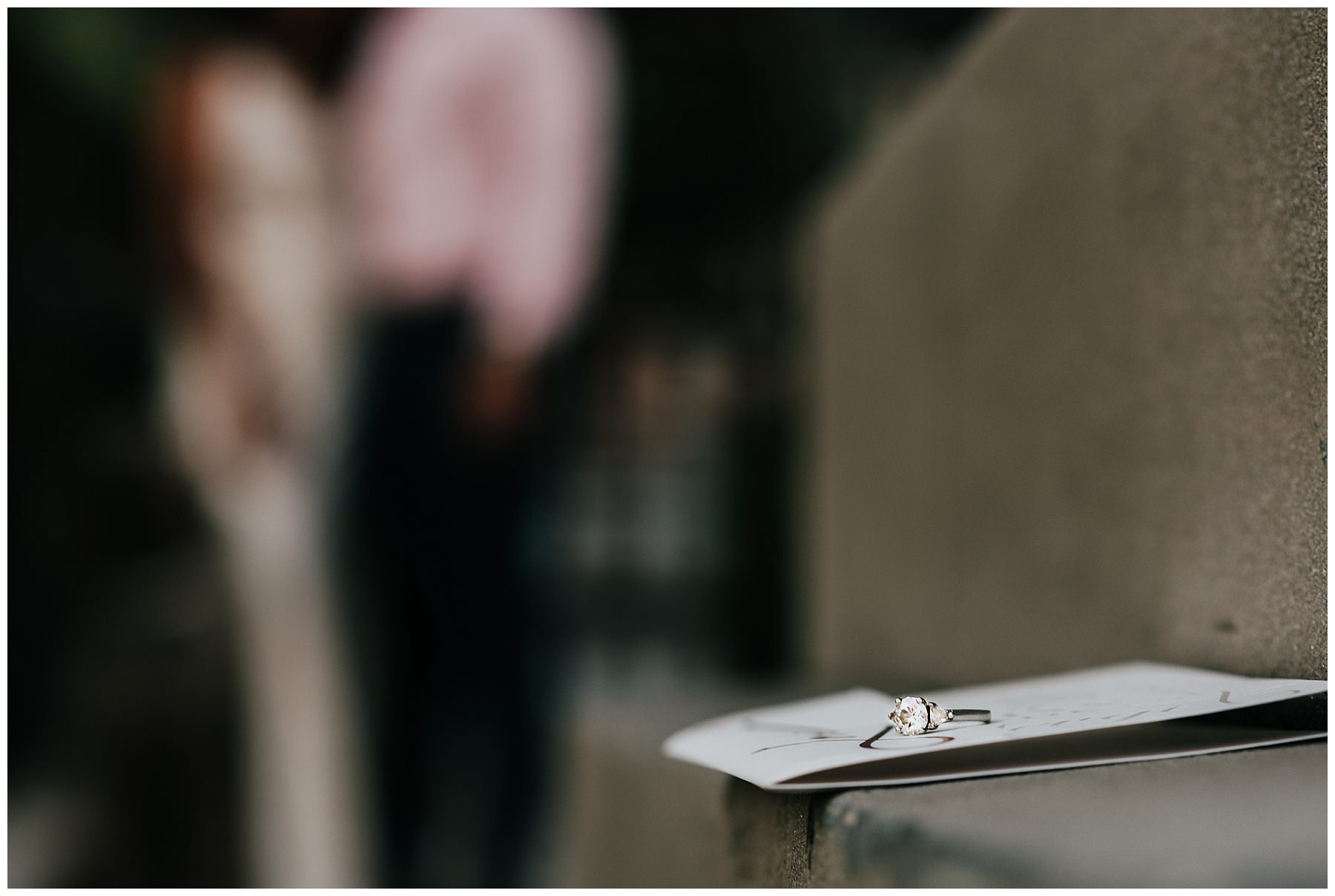