Daytona One Cars and Coffee

Daytona Beach, an iconic area for car people. If you didn’t know already, I am an absolute car fanatic! I love the sleek and cool looks of different types of vehicles, I love the roaring sound of a good 5.0 L V8 Mustang, or the exotic imports from various other countries, like Japans custom Honda’s, Mazda’s, and Nissan’s.

Here in Daytona Beach, they have a once a month car show called Cars and Coffee, where you can get in for free and check out some of the hottest rides around town. They offer free coffee & partner with Ben and Jerry’s for 1 free scoop of ice cream. Yum!!

Now the free stuff, and free spectators admittance is great, but its not the star of the show, the insanely wide variety of cars is!

Starting out on the day, one of the first things that caught my eye was probably my, and most teenagers favorite car for a period of time. The Subaru STI WRX. 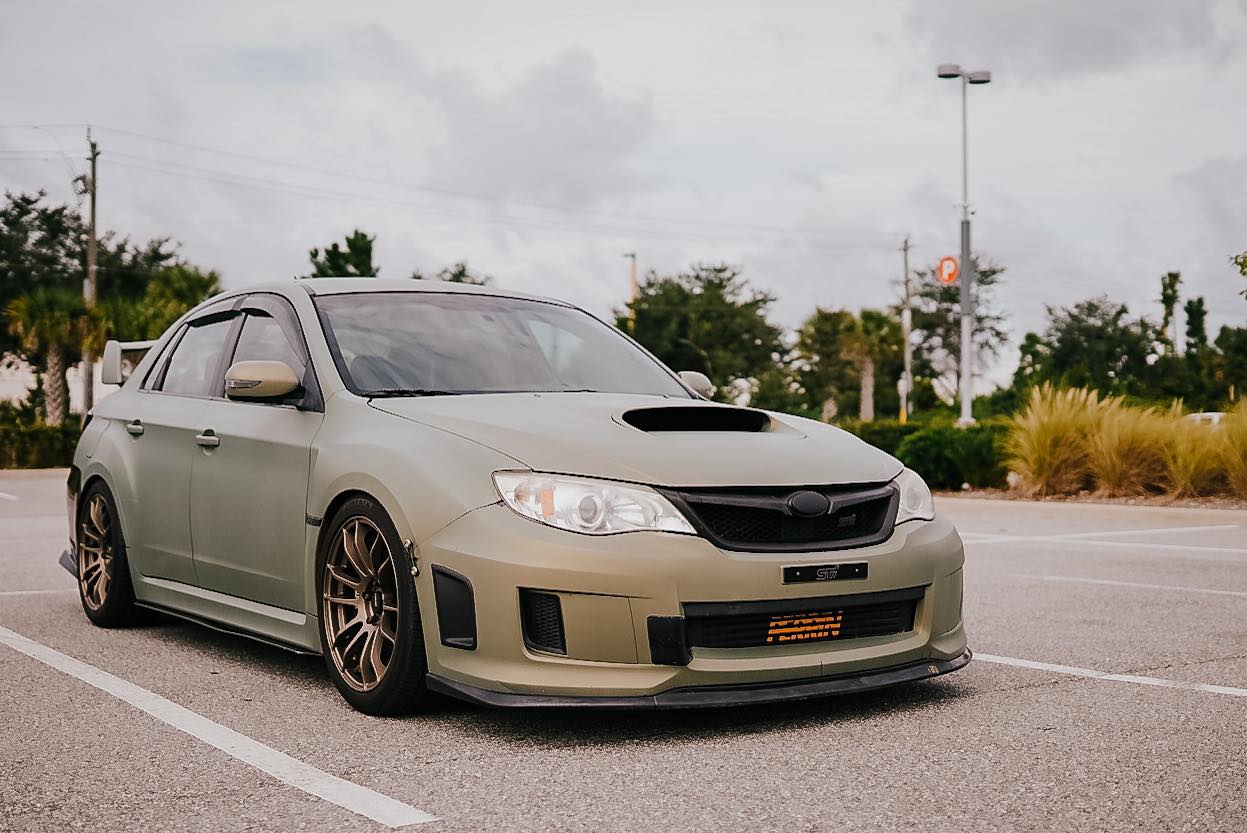 This one really stands out from the norm. With the Matte Green wrap on the body it makes for a super sleek and unique looking STI. Not to mention the coil overs it was lowered on makes it look even more clean. My young heart started screaming like a little fan girl because this is the dream car!!

But after taking this shot I quickly glanced to my side and saw a true beaut. 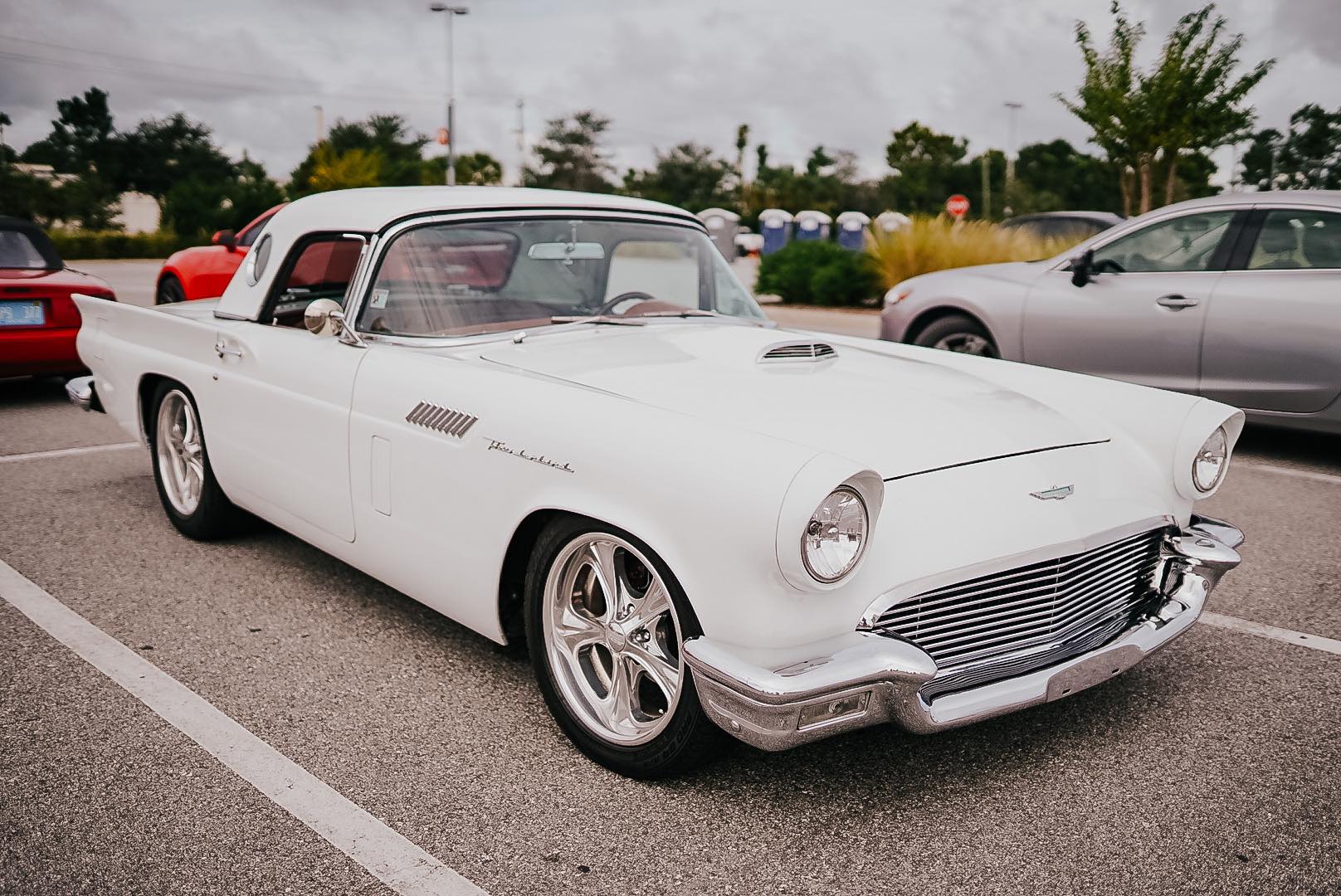 A CLASSIC 1967 Pontiac Firebird. Man this thing was nice! Theyre pretty rare cars. The first generation Firebird had characteristic Coke bottle styling shared with its cousin, the Chevrolet Camaro. Announcing a Pontiac styling trend, the Firebird’s bumpers were integrated into the design of the front end, giving it a more streamlined look than the Camaro.

The Firebird’s rear “slit” taillights were inspired by the 1966–1967 Pontiac GTO. Both a two-door hardtop and a convertible were offered through the 1969 model year. Originally, the car was a “consolation prize” for Pontiac, which had desired to produce a two-seat sports car based on its original Banshee concept car. However, GM feared this would cut into Chevrolet Corvette sales, and gave Pontiac a piece of the “pony car” market through sharing the F-body platform with Chevrolet.

We continued down to the main area and then I saw something low to the ground, with a flash of green. Can you guess what it is? Yup, the Lambo. 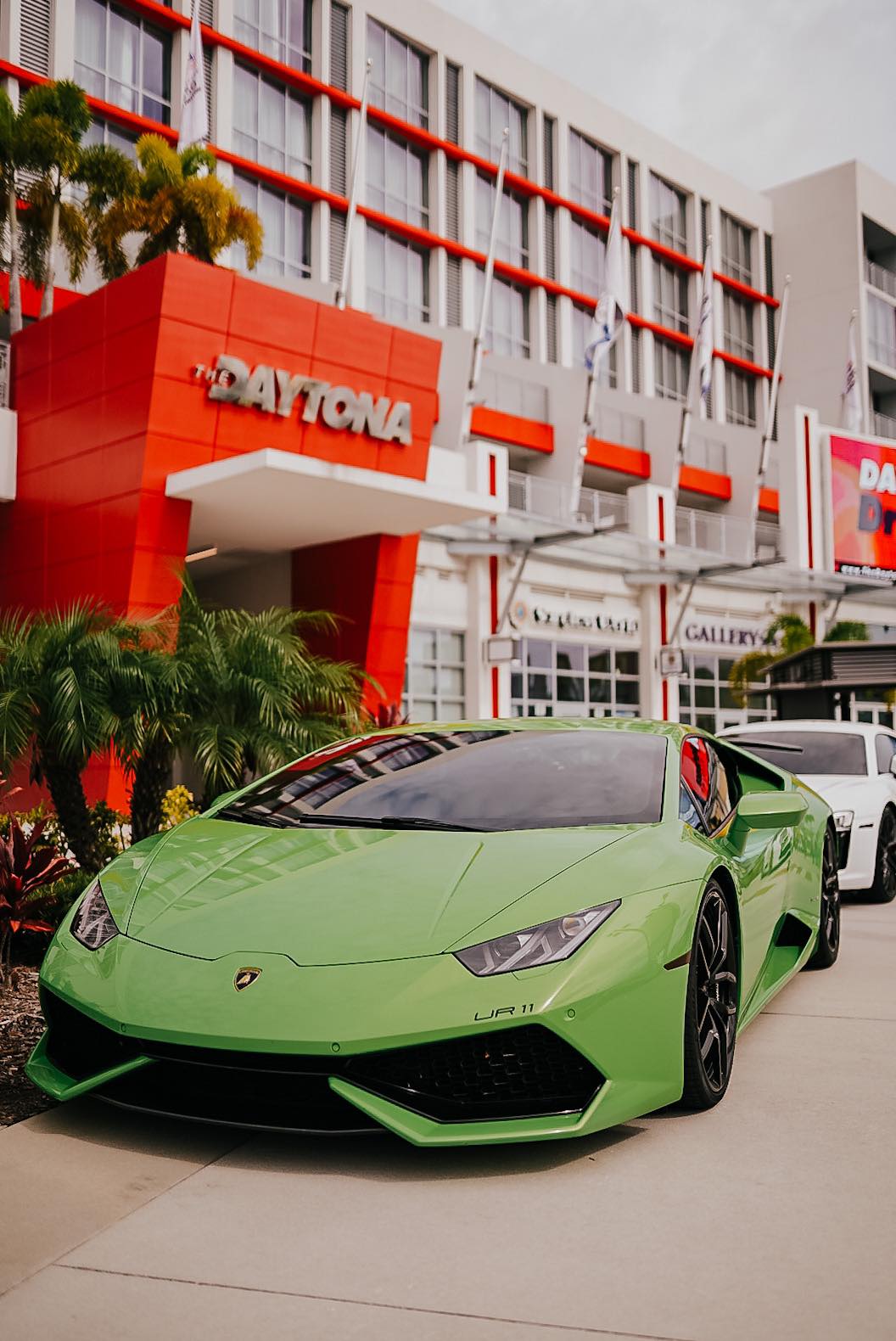 Whew man you can never not look at one of these and smile. Just a beautiful beautiful car. As we walked further along that line we ran into another one. 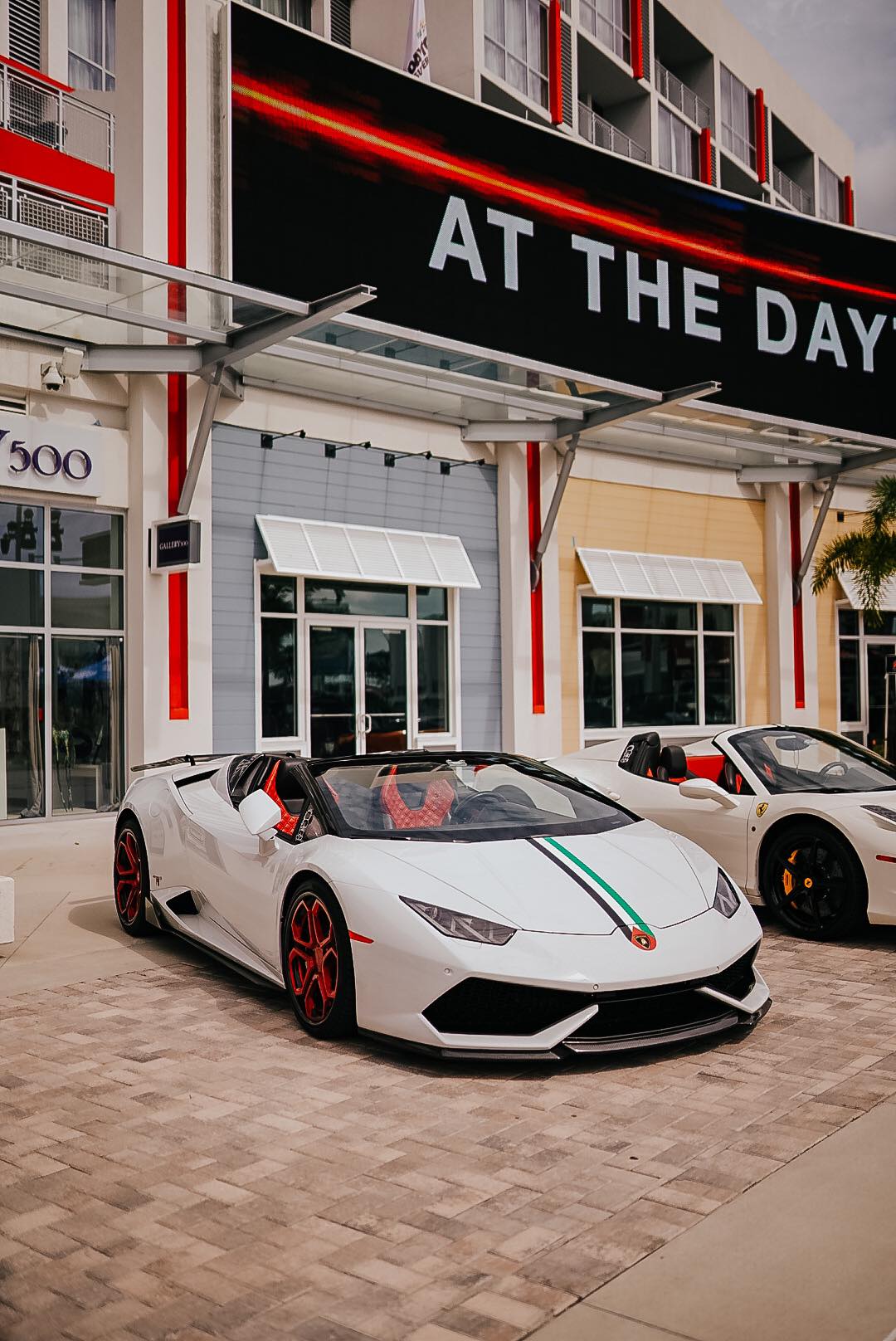 From there on we kept moving down. All these high class cars were lined up in a row. 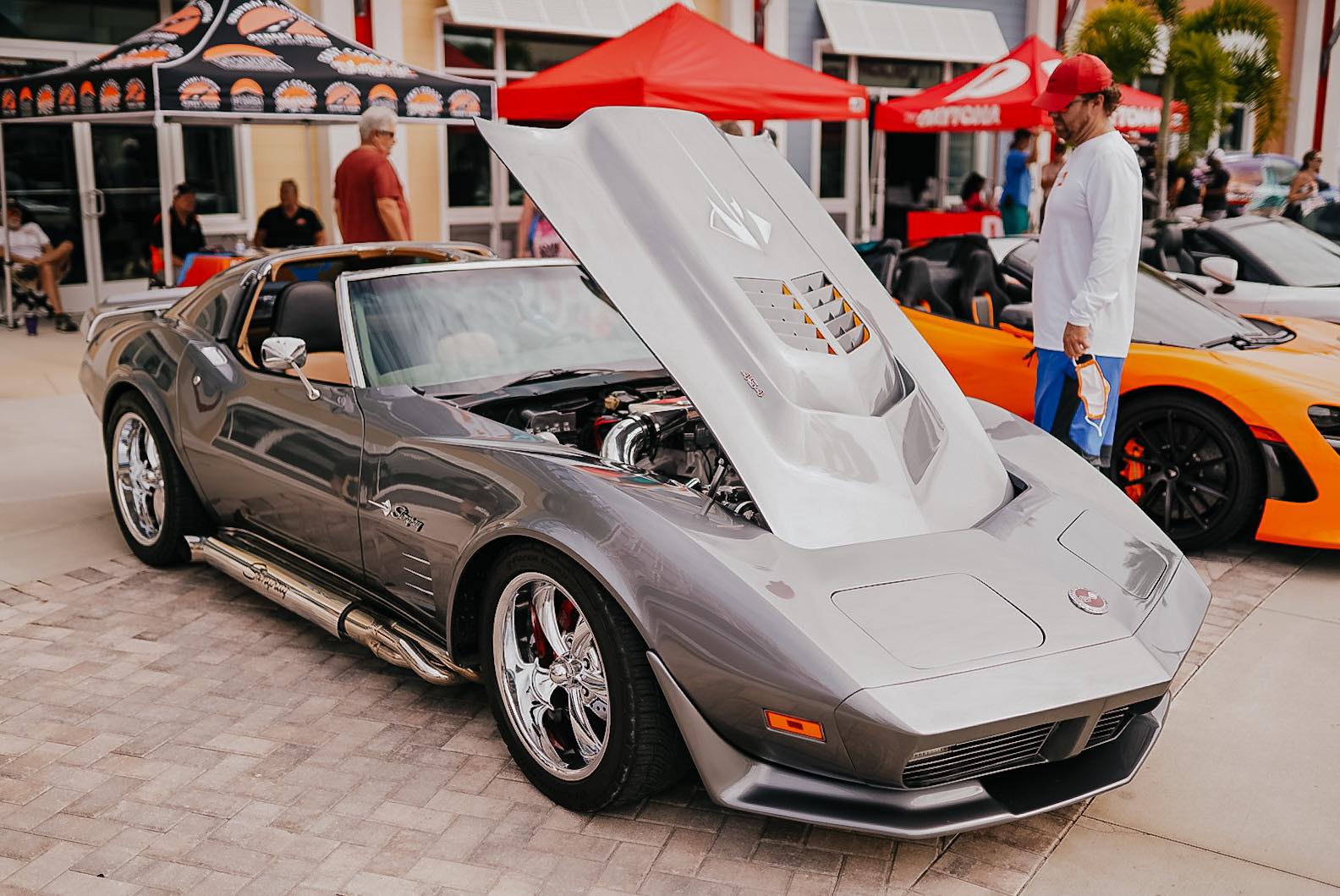 The classic Corvette Stingray, with its complete chrome engine bay, and custom side mufflers. 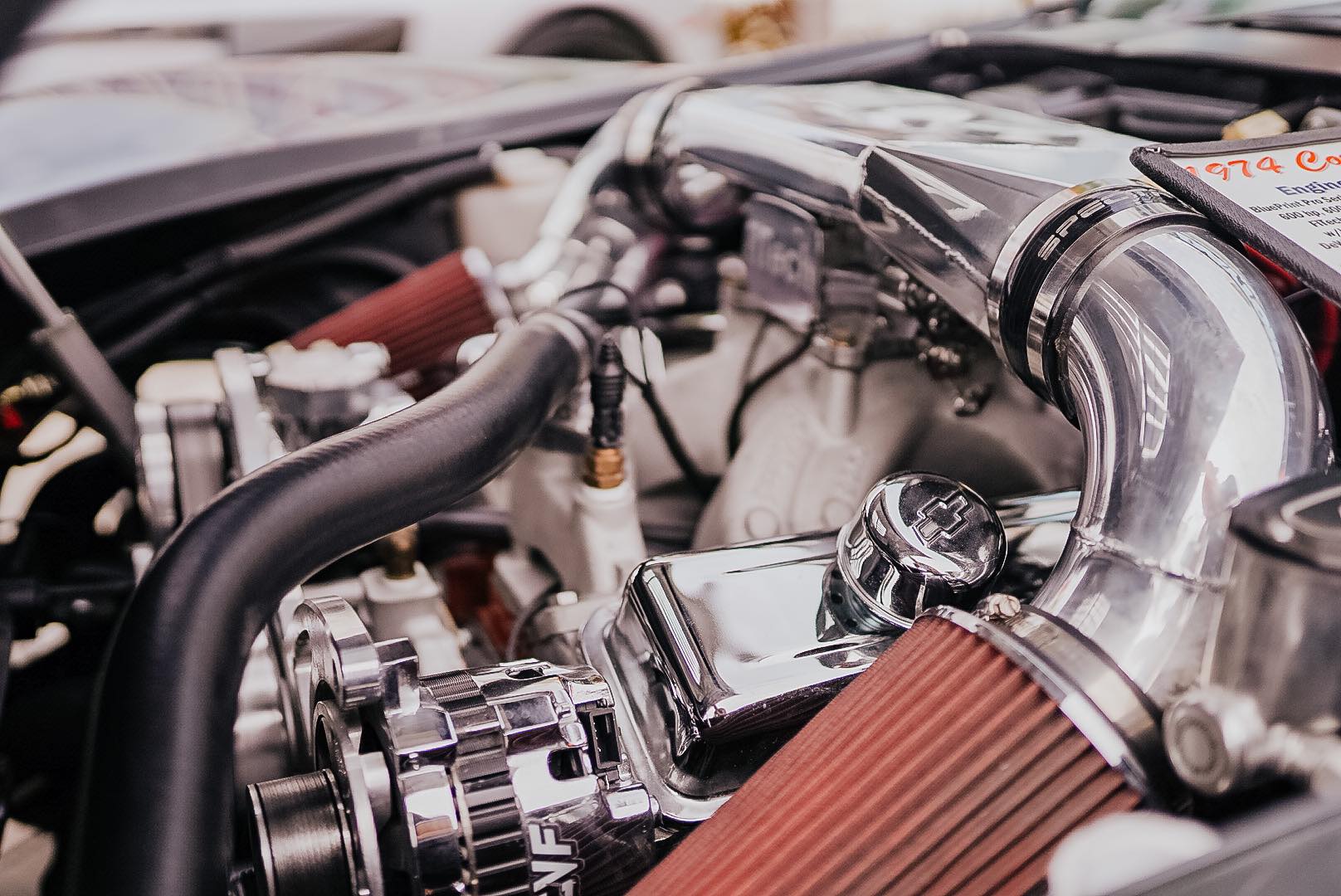 Moving onto the next one and there all after. Enjoy the rest of the gallery! 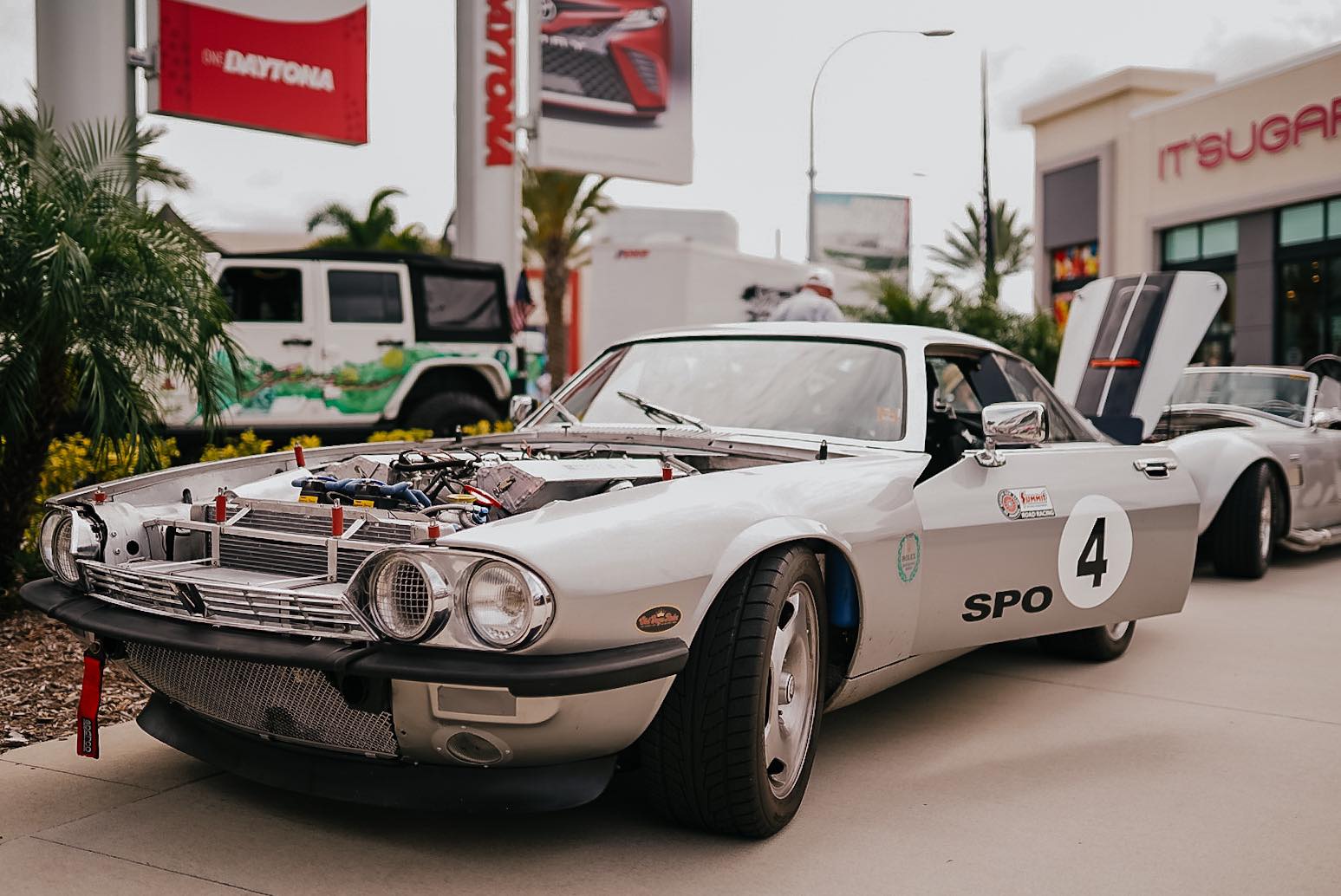 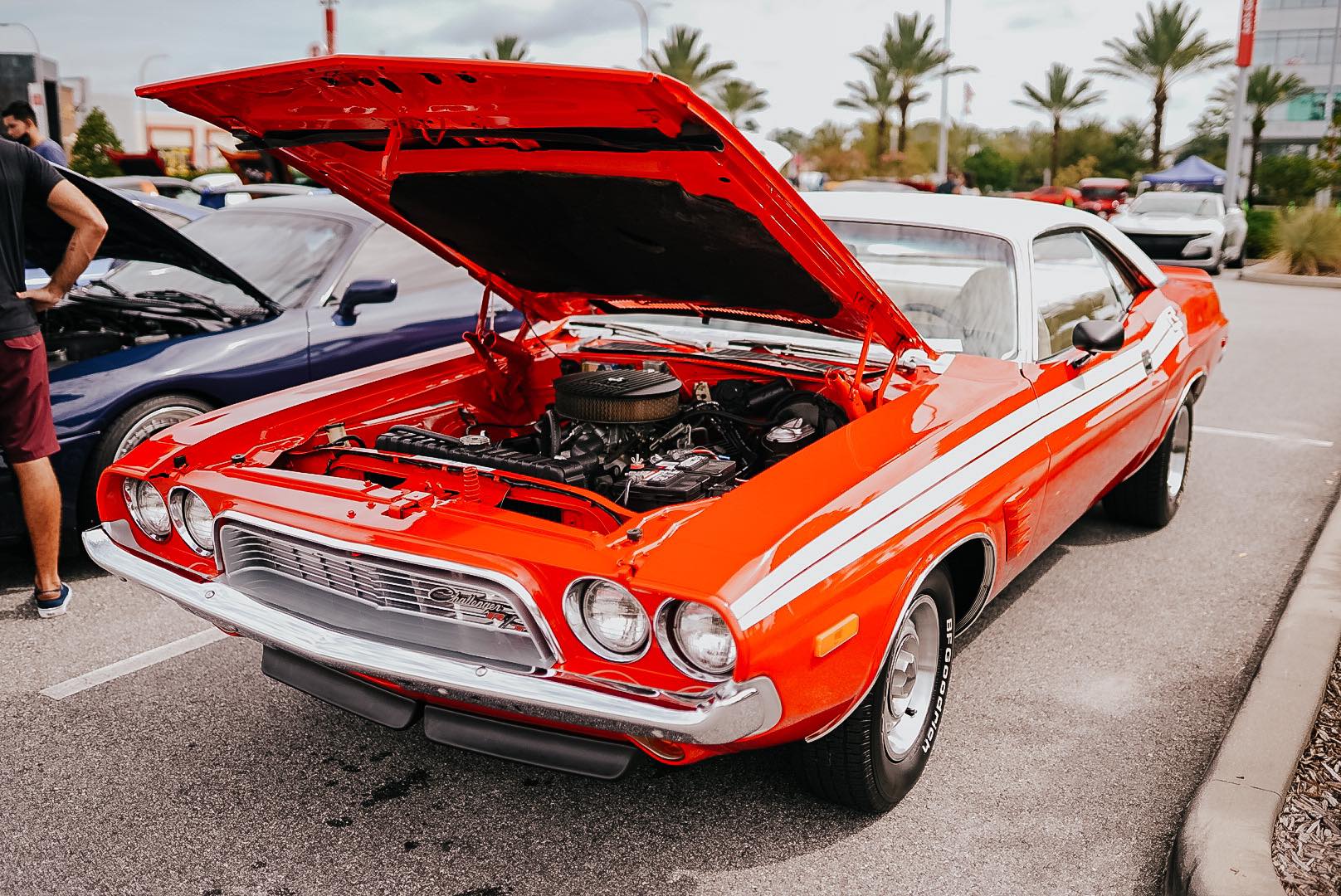 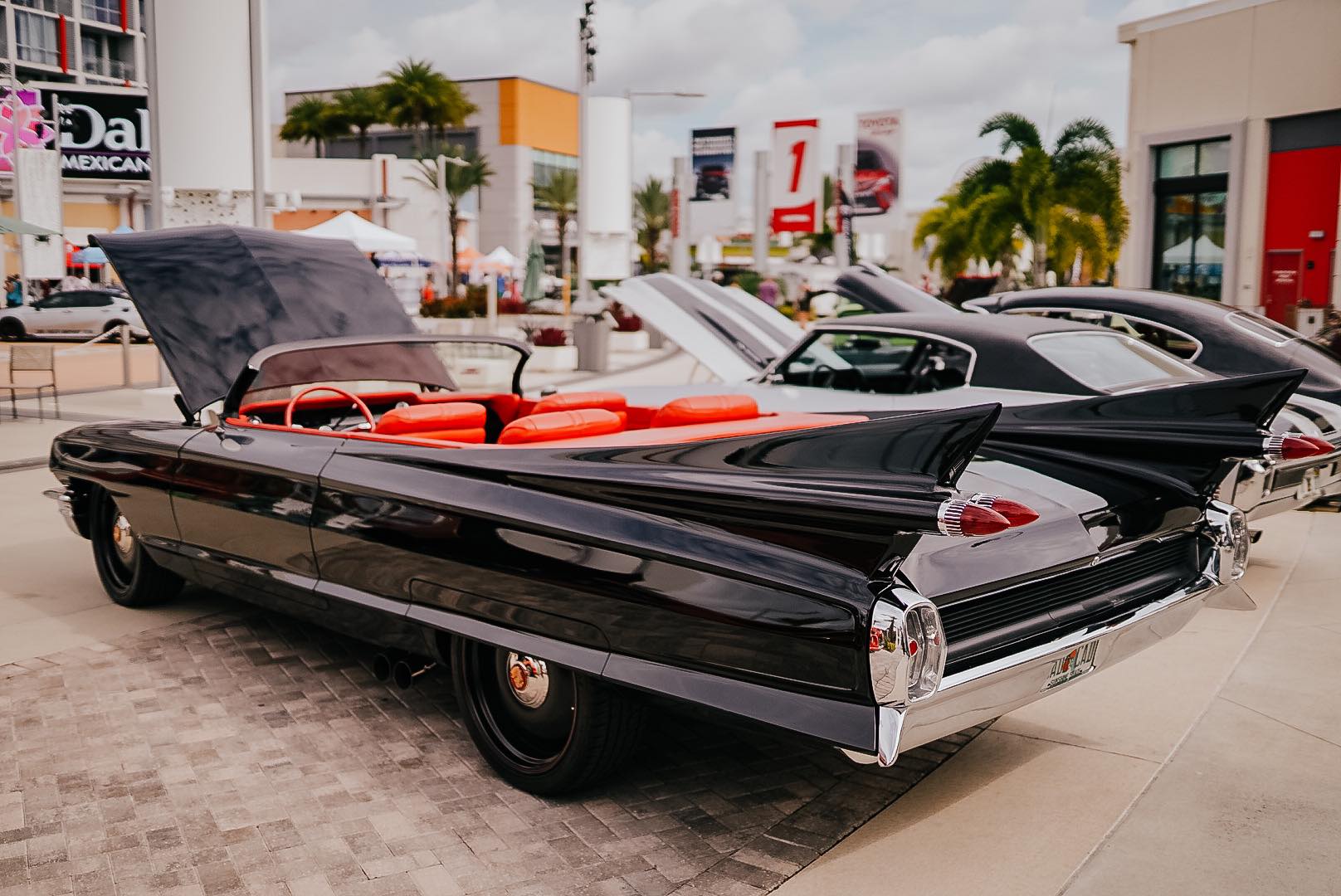 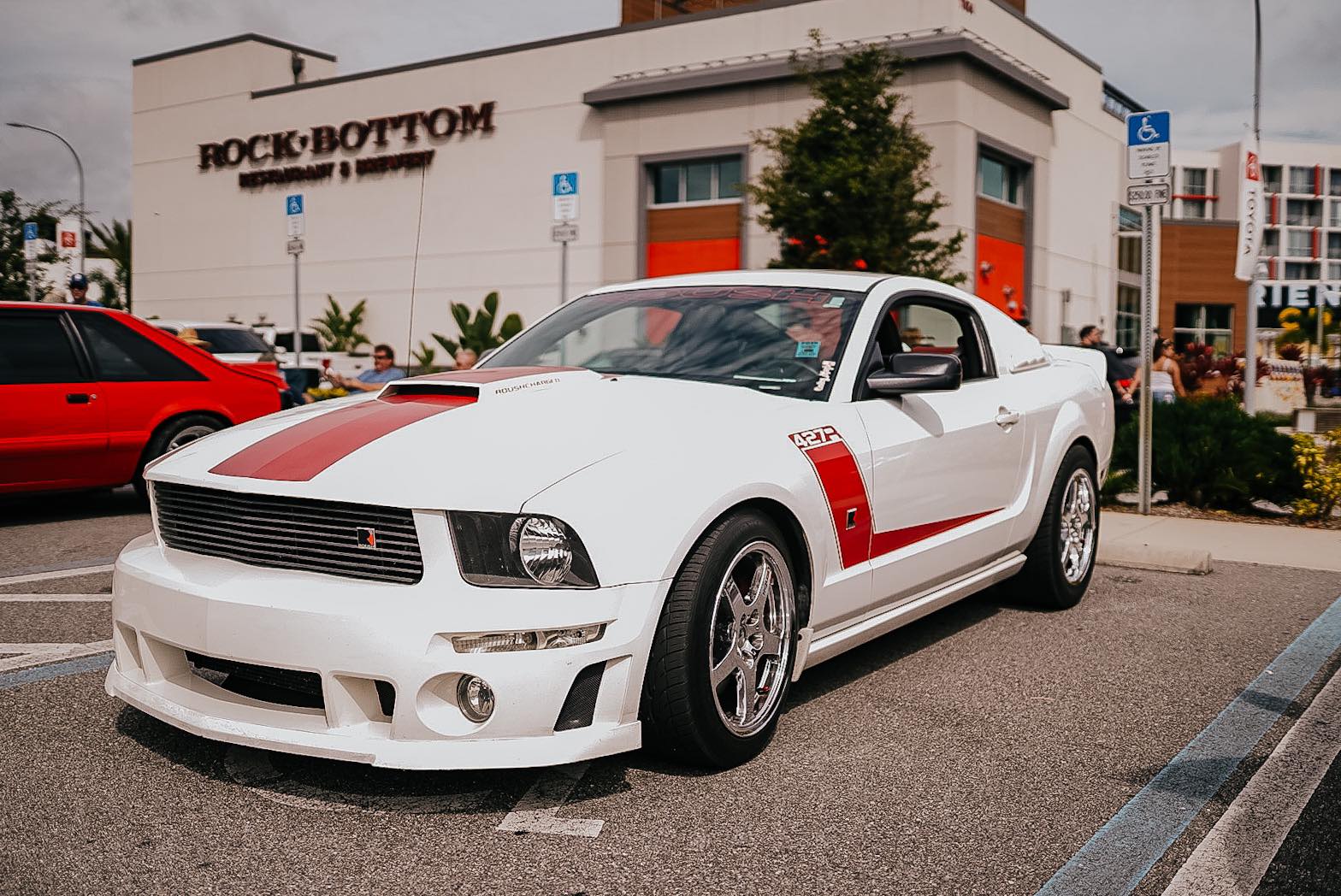 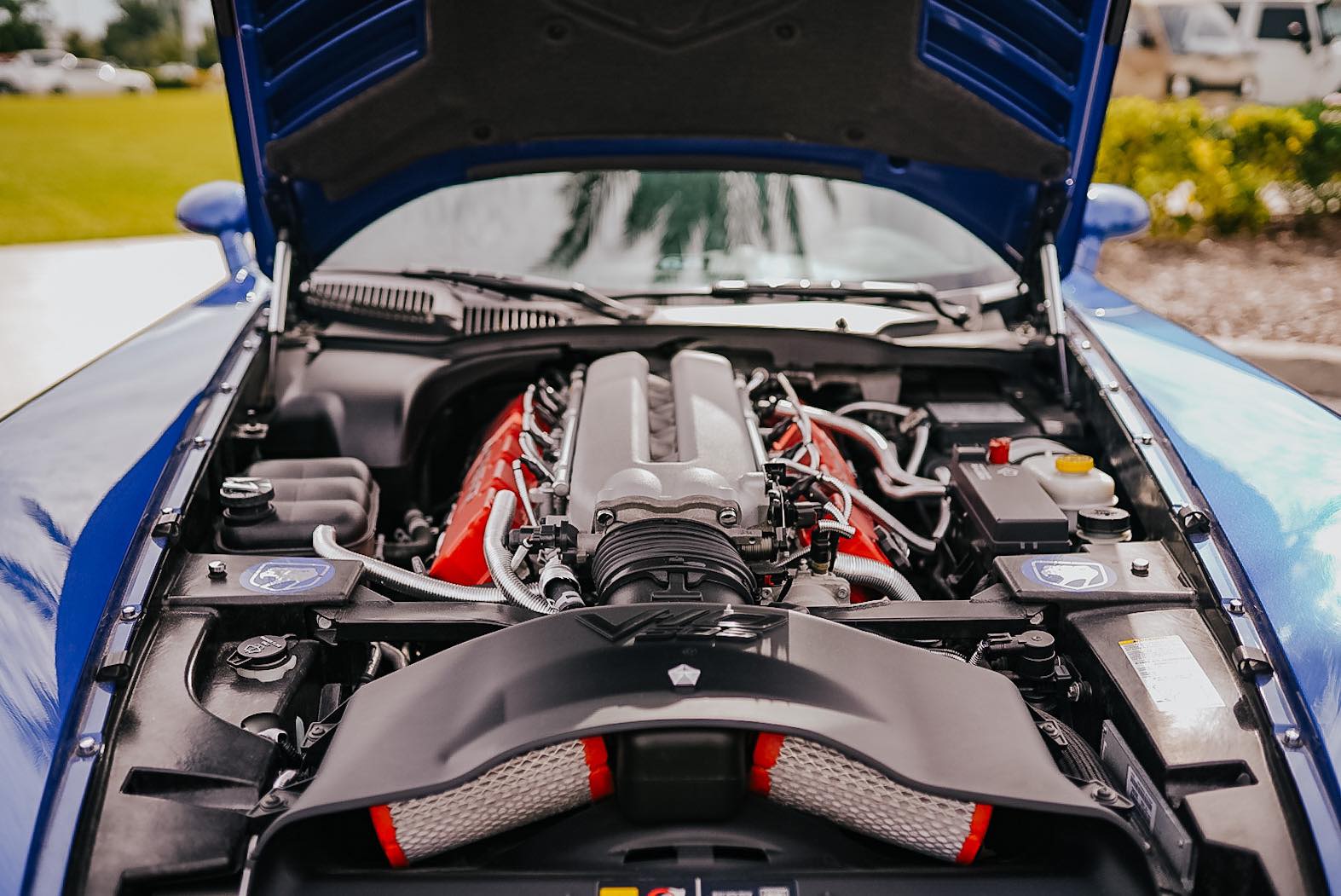 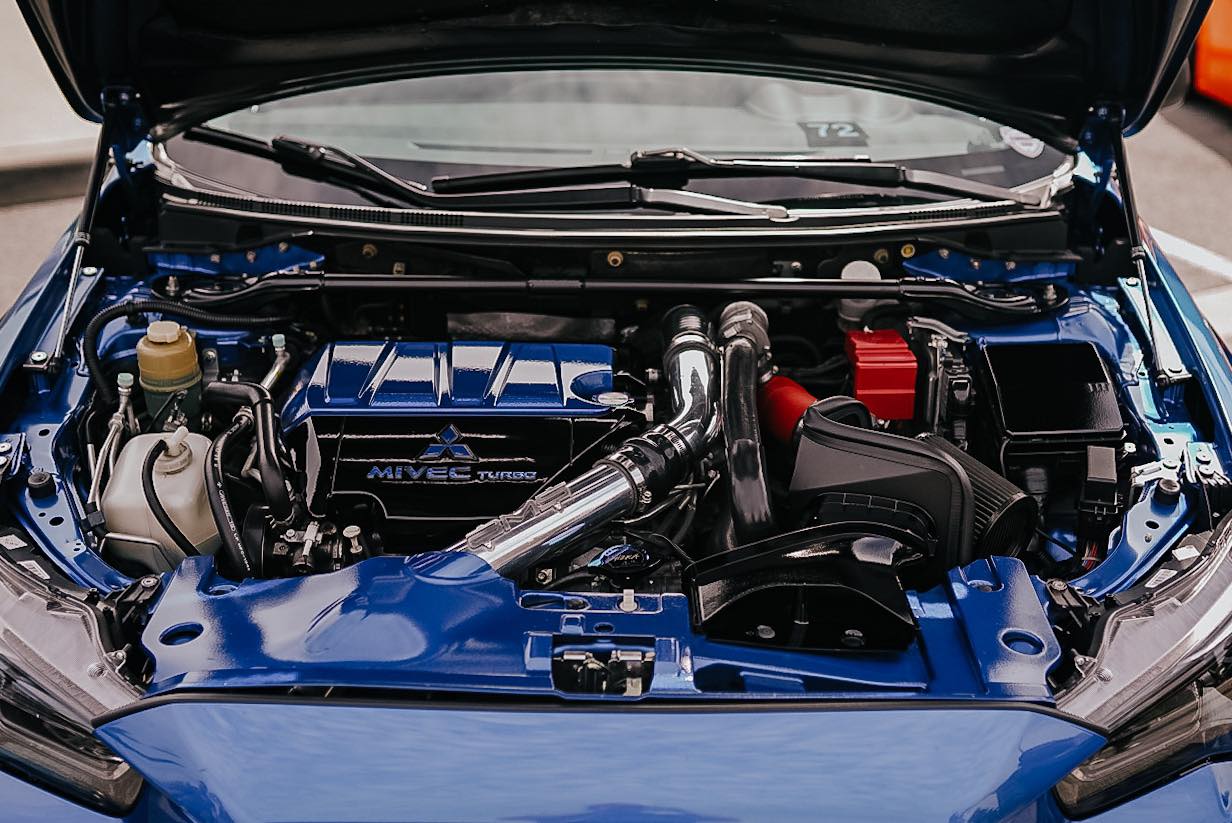