Carl and Margaux’s engagement session was pretty unique. These two are some very funny people.

When I met Carl and Margaux initially about their engagement session, I was deeply moved for them. This was going to be something extremely special. Carl is enlisted in the Navy and was soon to be leaving for his training. Doing long distance, myself with my wife when we were dating, this struck a chord with me. I felt so excited to be doing this session with them because photos were what got me and my wife through a lot of hard times.

Carl and Margaux met in Gainesville, Fl, when Carl got a job at the dog daycare that Margaux worked at. Initially, his buddy set him up to go out with these two girls. Carl agreed to go out and he was introduced to the girl who he was supposed to be set up with on this double date, but ironically enough, when Carl saw Margaux, it was a done deal for him. Love at first sight.

So eventually Carl asked Margaux out but she told him that she wanted to just be friends first so they could get to know each other. After a couple of months, they officially started dating and realized just how crazy they were for each other.

Margaux knew Carl was getting ready to propose because he had to ship out for the Navy soon. It was coming very quickly, and she also knew that he had asked her mom for her blessing. So, Carl planned an elaborate proposal involving rotating targets at the gun range, but she had guessed what he was planning, so he decided to start over.

As the start of the quarantine of COVID had been going on, they began to go on daily walks on the beach together. One morning, Carl had brought Margaux out on one of those walks to Ponce Inlet, and he also took a ring out on the walk as well. There he got down on one knee and told her that he loved her more than anything and wants to spend the rest of his life with her, and proposed. Of course, she said yes!

Ponce Inlet is a really cool spot in Florida. I love it for an engagement session. Along with awesome waves, Ponce Inlet is best known for being home to Florida’s tallest lighthouse and a marine science center with interactive exhibits, a boardwalk, observation tower and nature trails. Ponce Inlet has gorgeous beaches, perfect for walking, jogging, sunning and shelling, and of course, taking amazing engagement session photos ;).

It also is a jetty that acts as the entrance to the inter-coastal for the middle section of the Inter-coastal River on the east coast of Florida. On the other side of it is New Smyrna Beach. It has a beautiful rock jetty, and an absolutely stunning beach with sometimes turquoise blue water like in the tropics.

As we arrived on scene for the engagement session, we began our walk down the boardwalk onto the beach. Carl & Margaux were naturals and super cuddly. They’re a perfect pair, match made in heaven. We found plenty of different spots and I had a blast capturing this engagement session with them. This truly was a special occasion. We got some great sunset photos while also catering to their playful side with some pictures in the ocean. They’ve printed these engagement session photos out and have them for each other to look back on while Carl is away at boot camp. 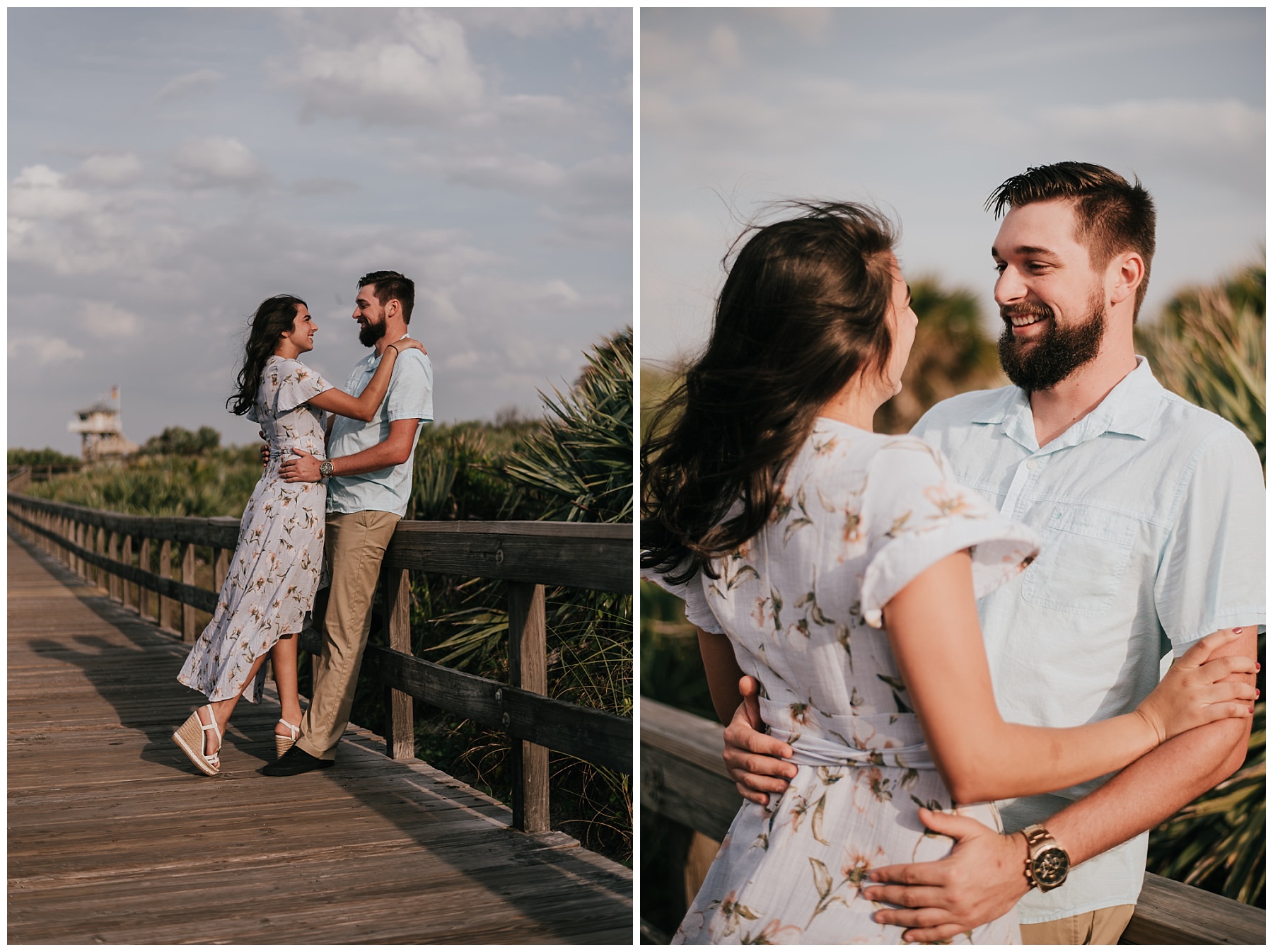 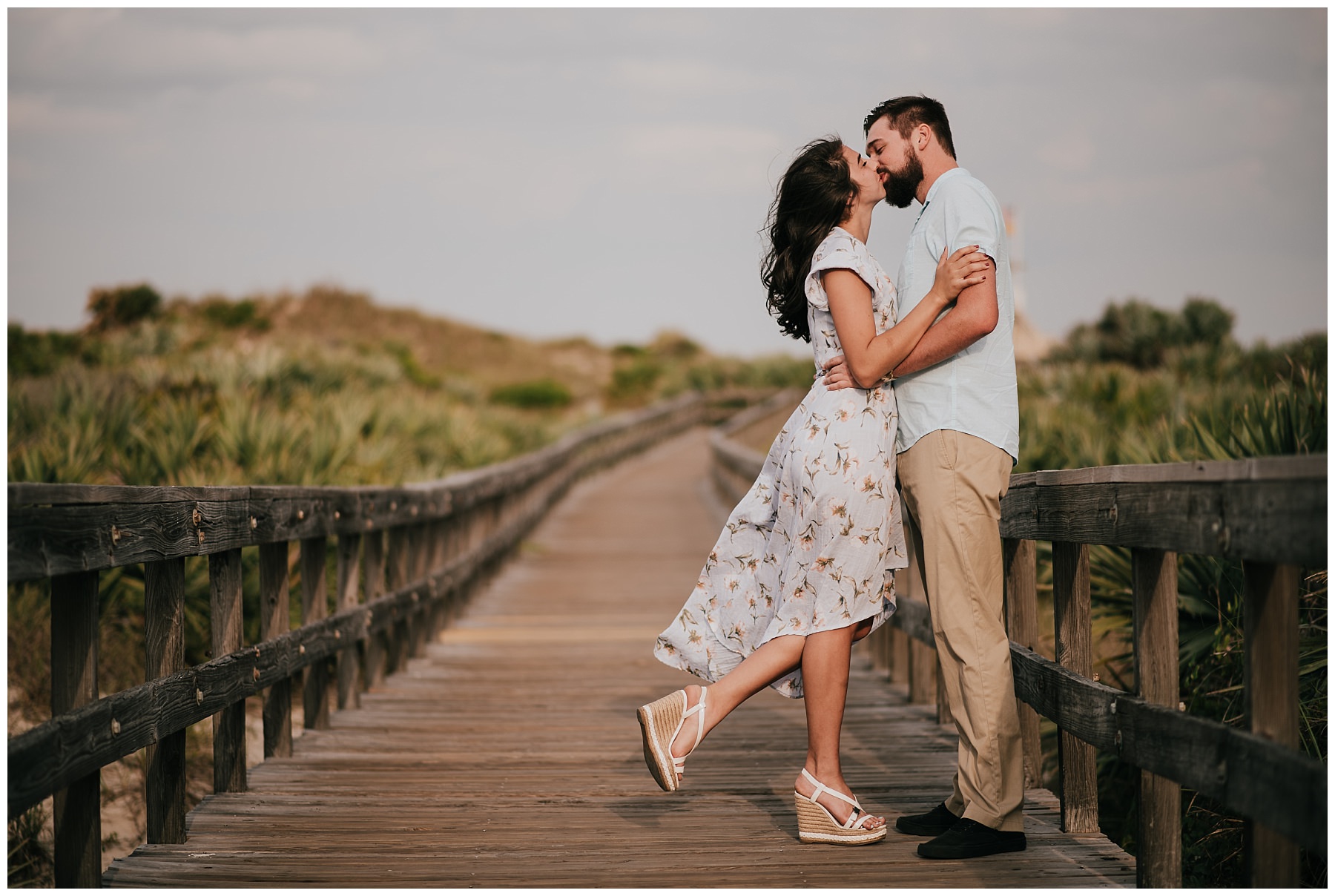 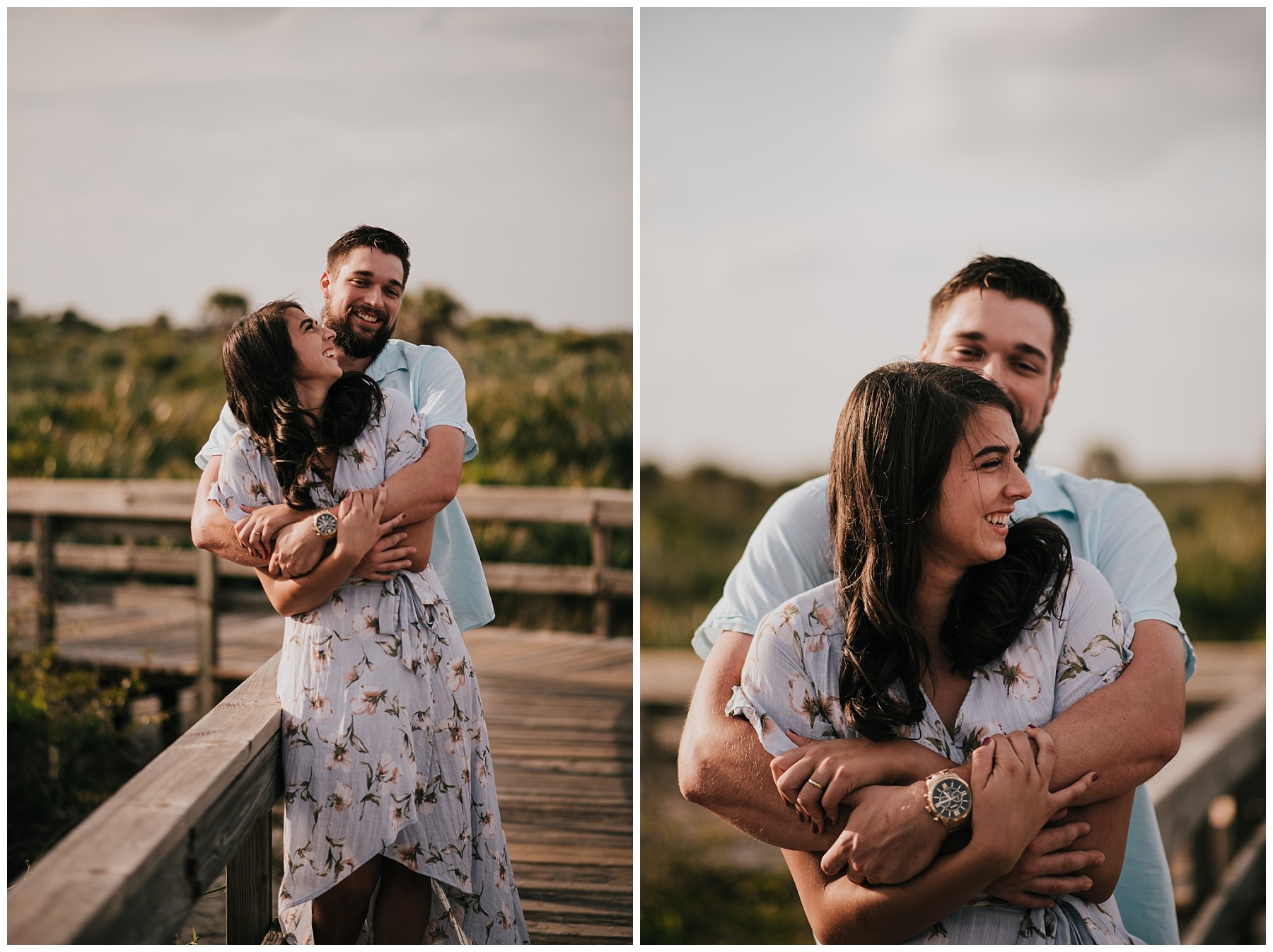 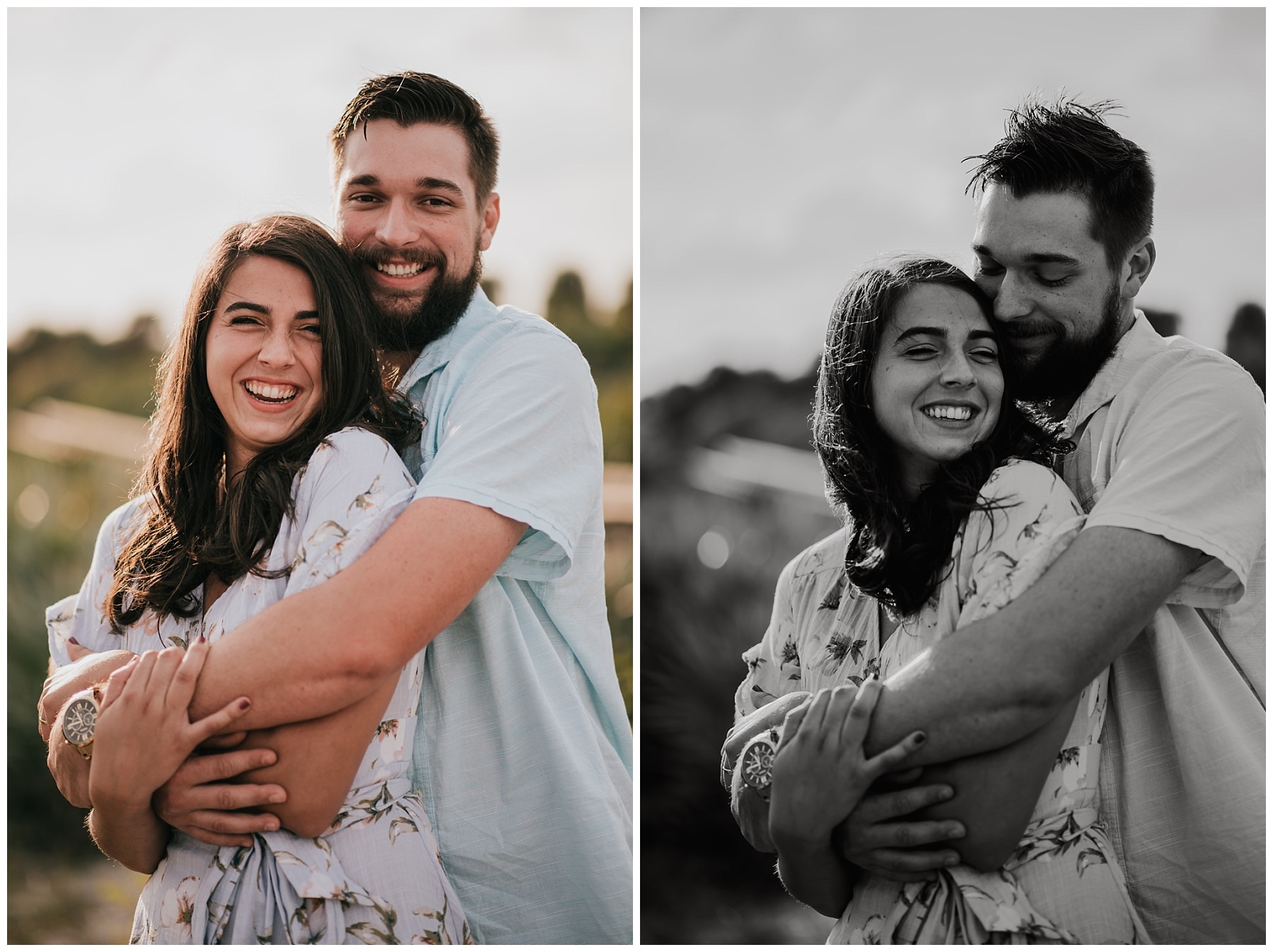 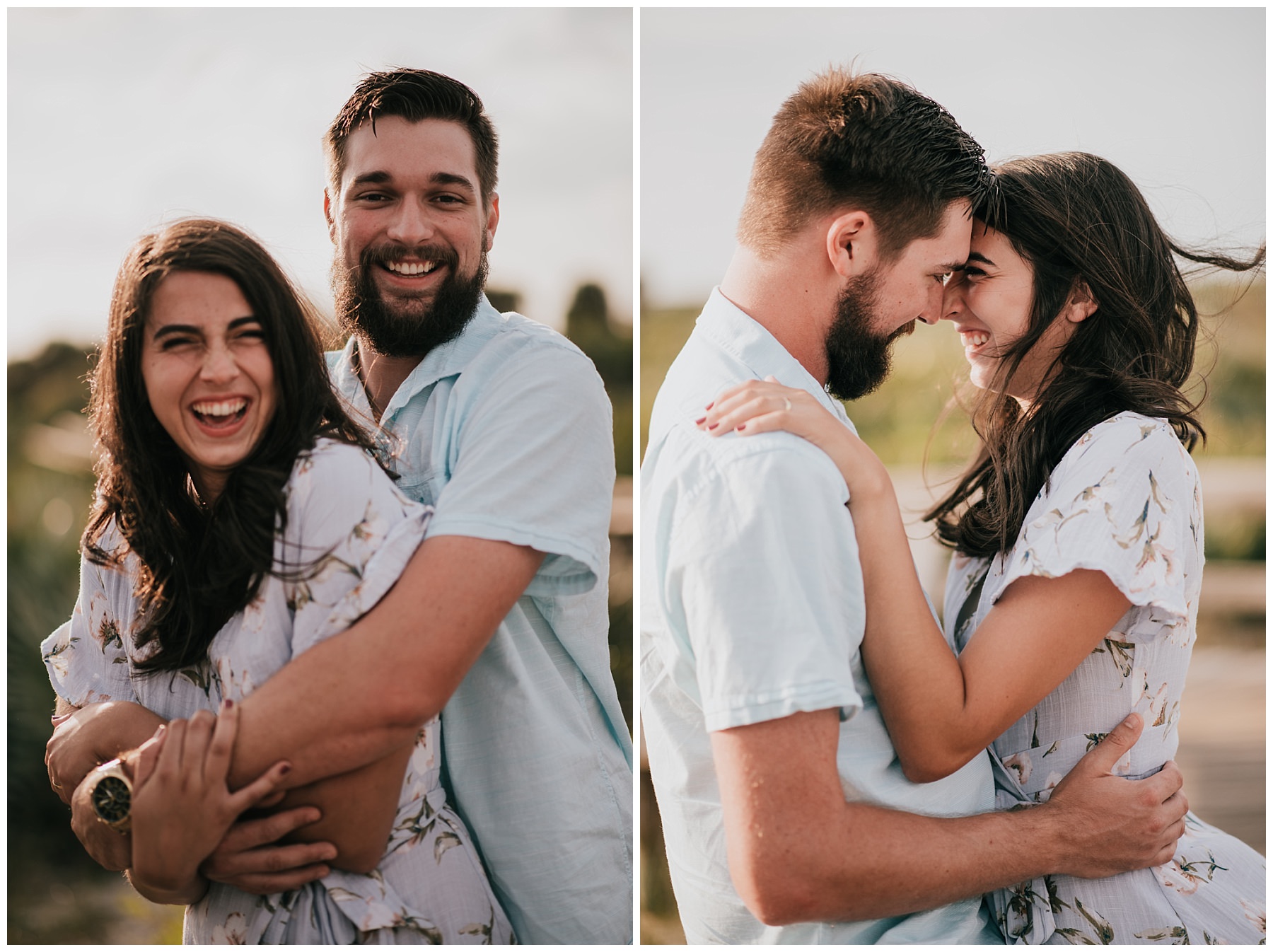 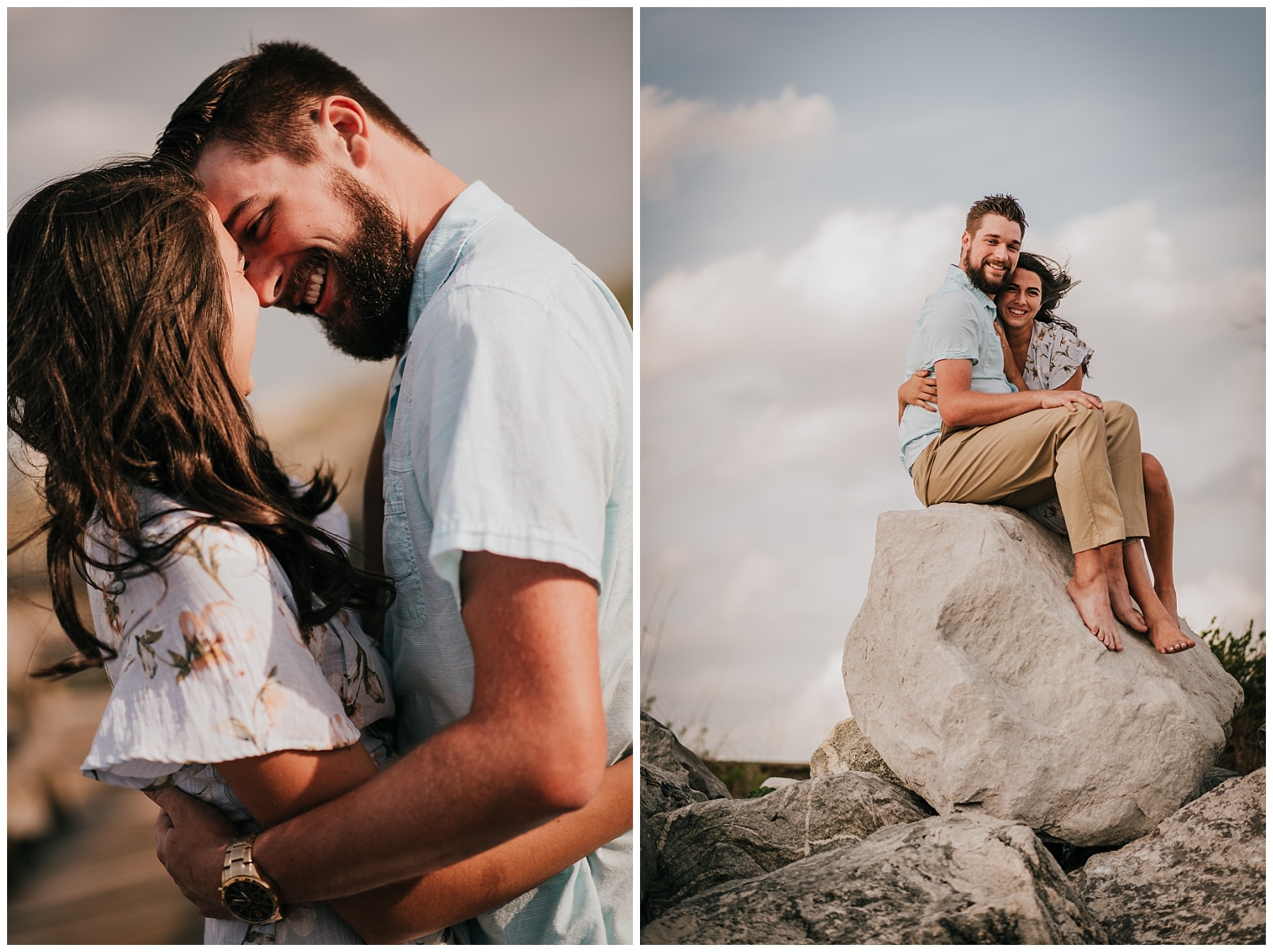 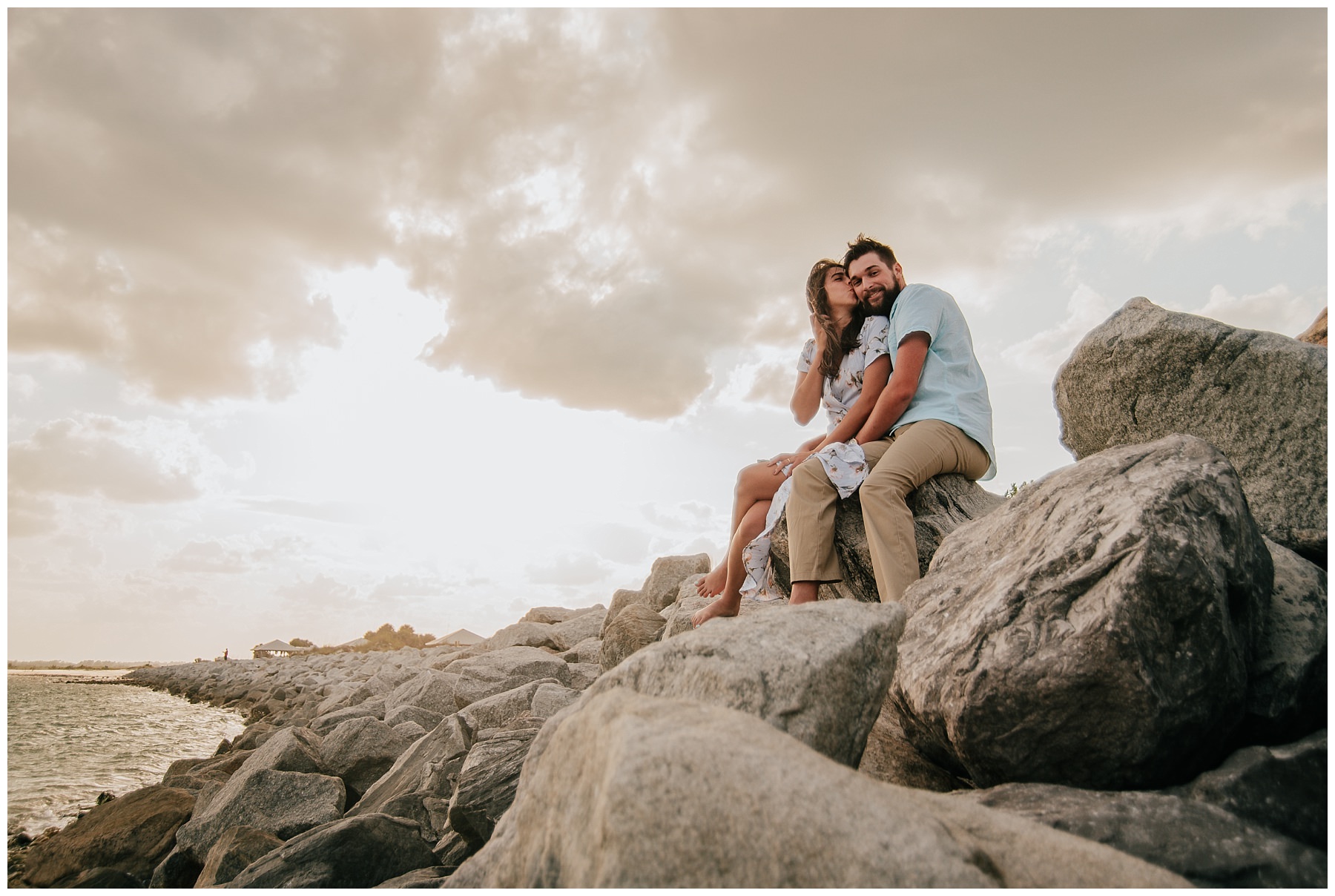 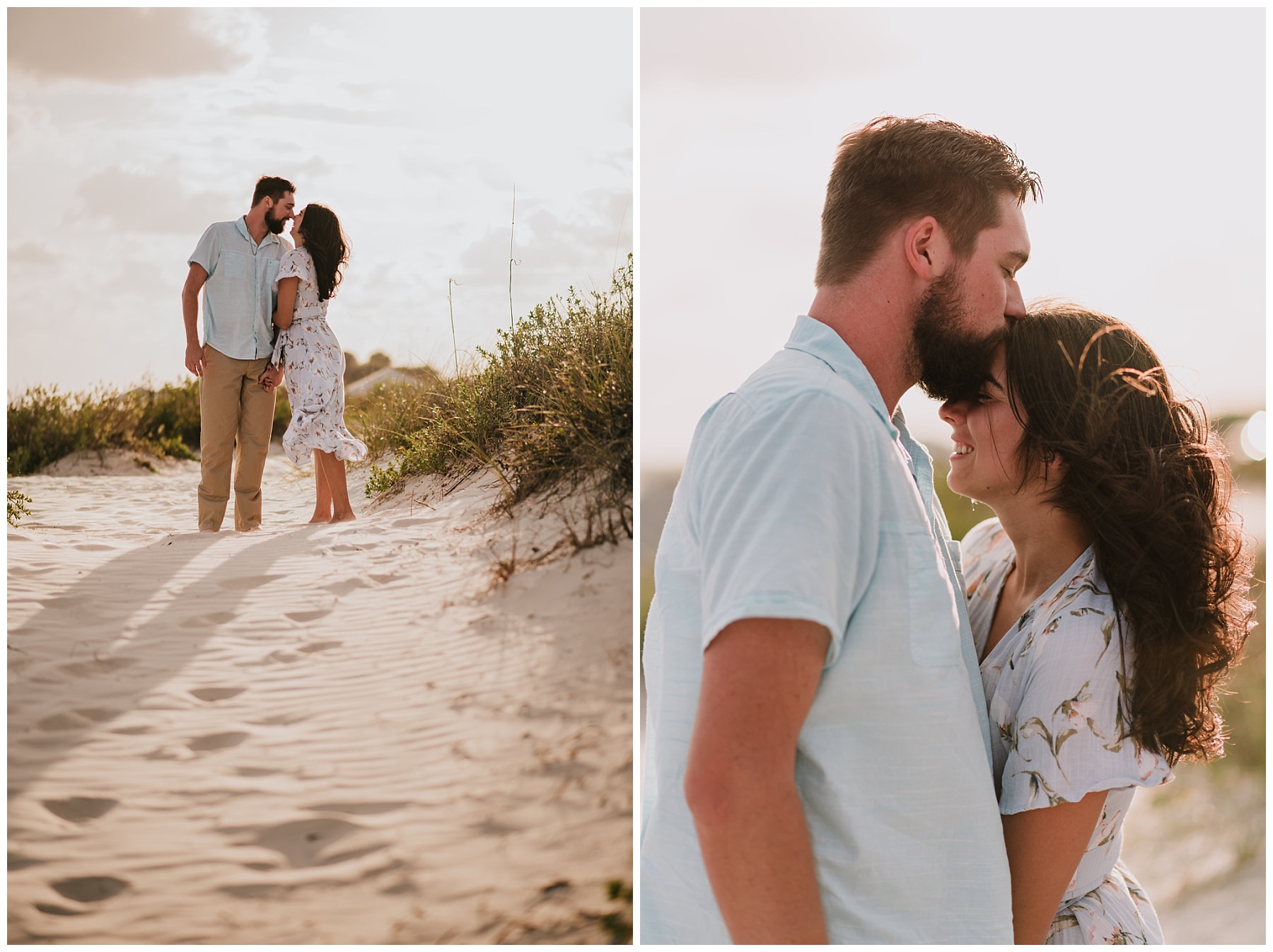 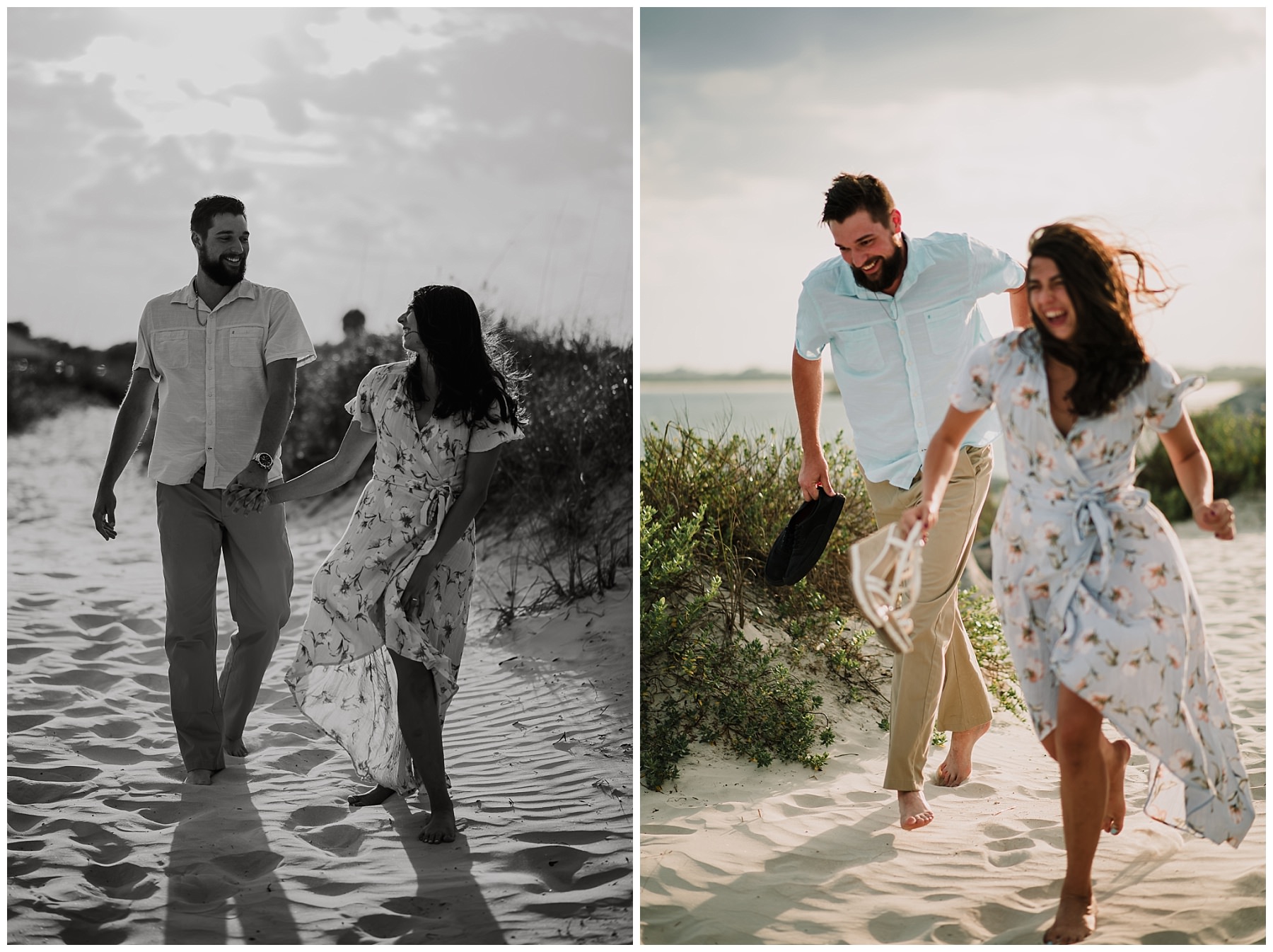 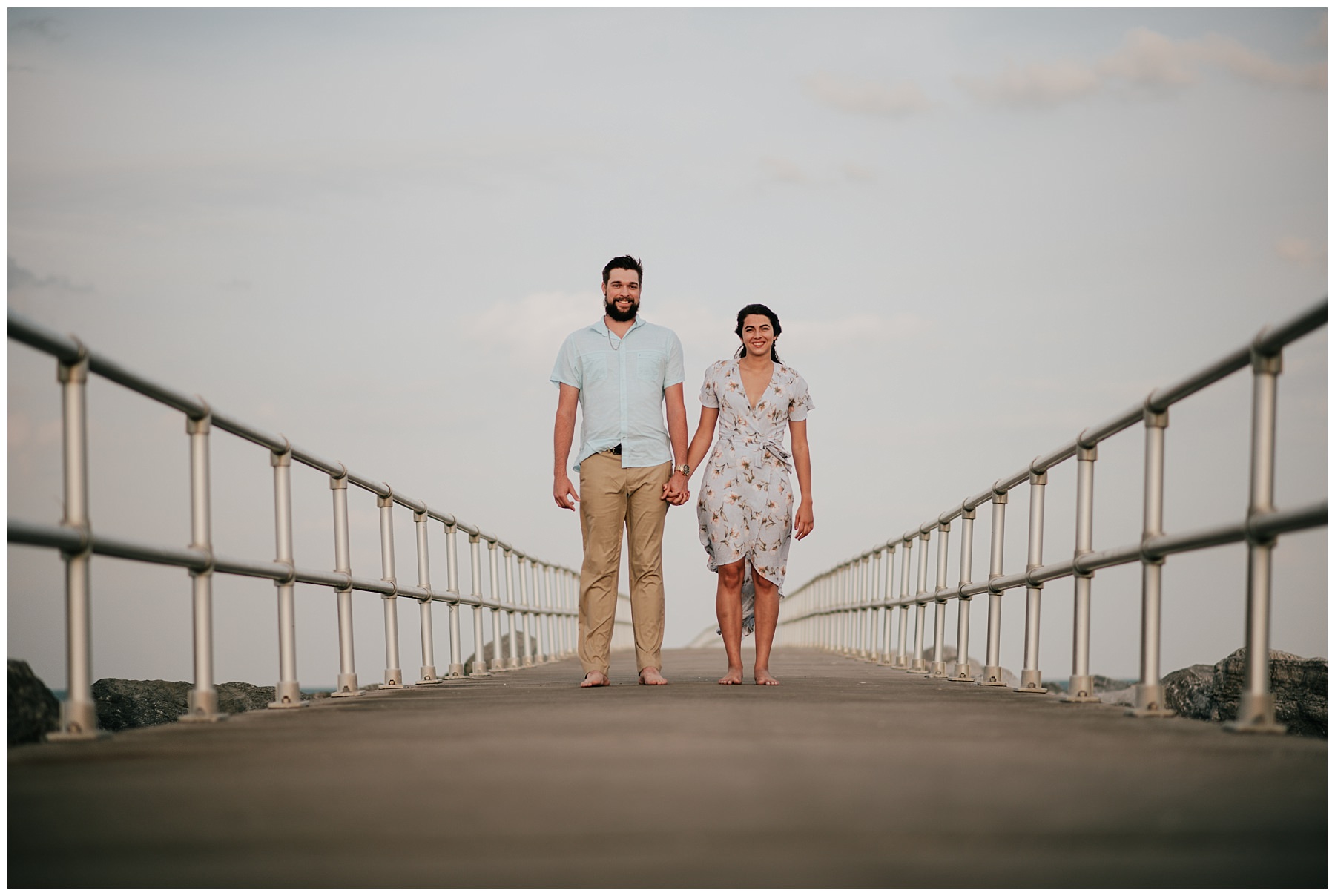 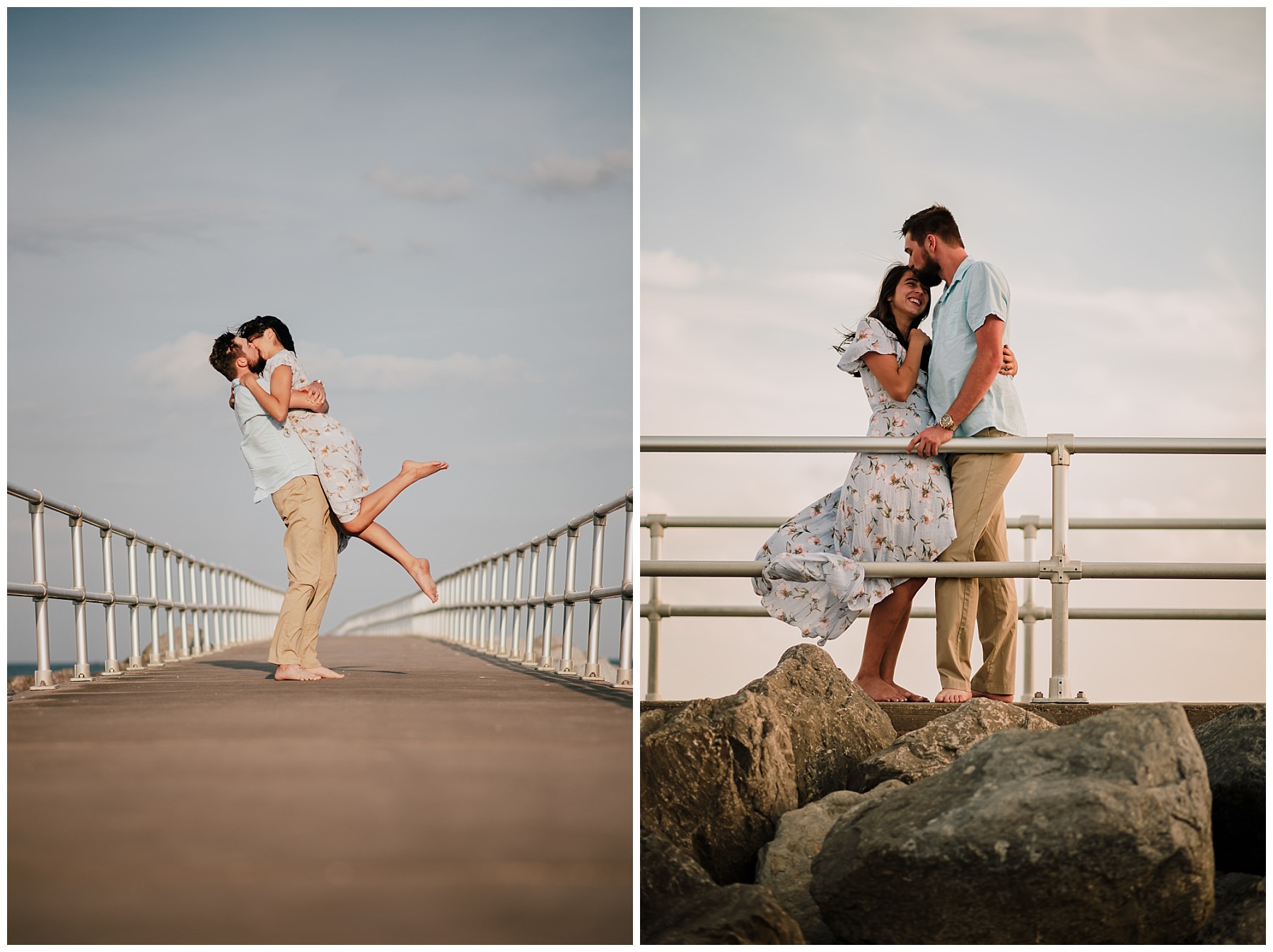 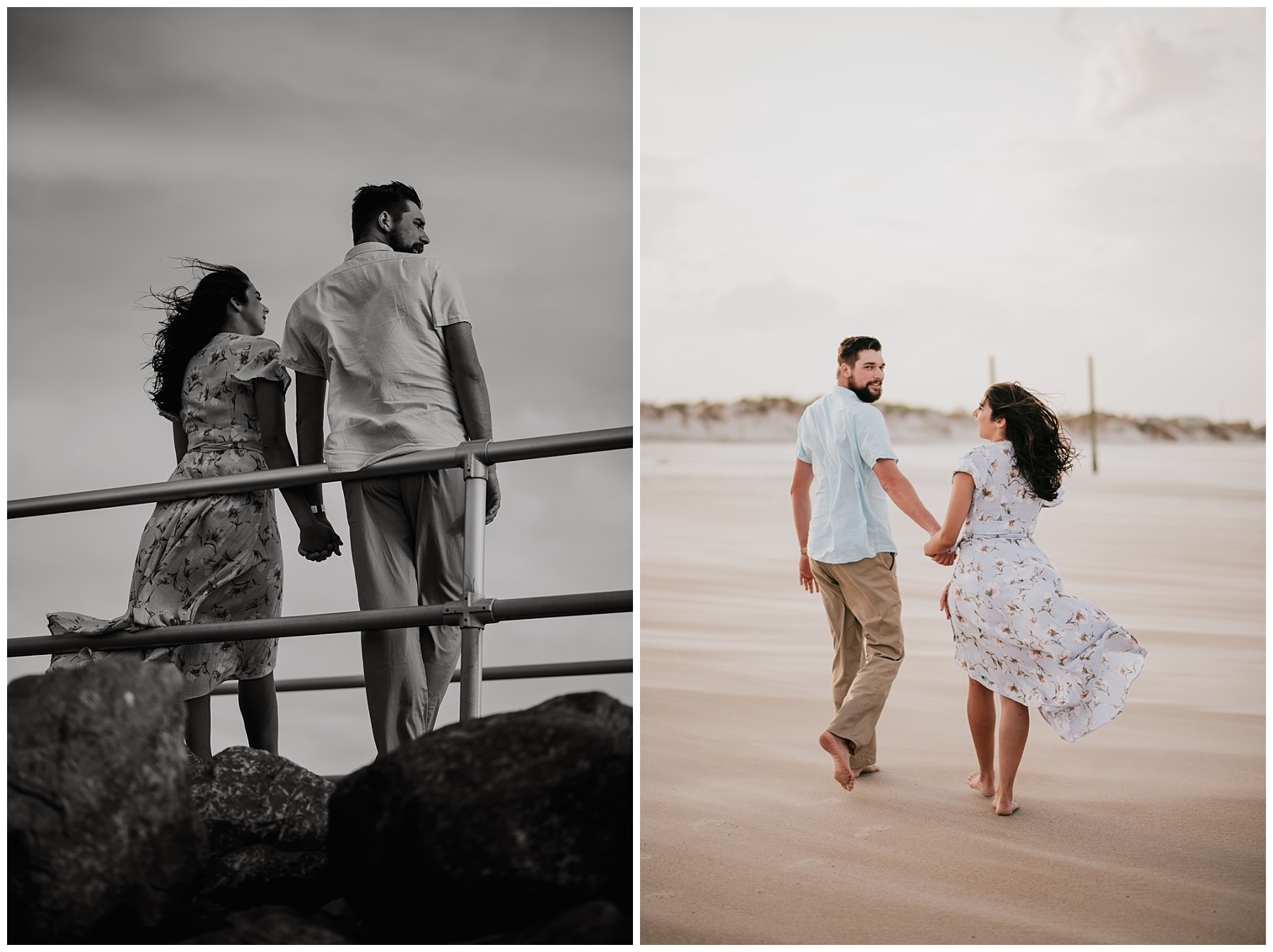 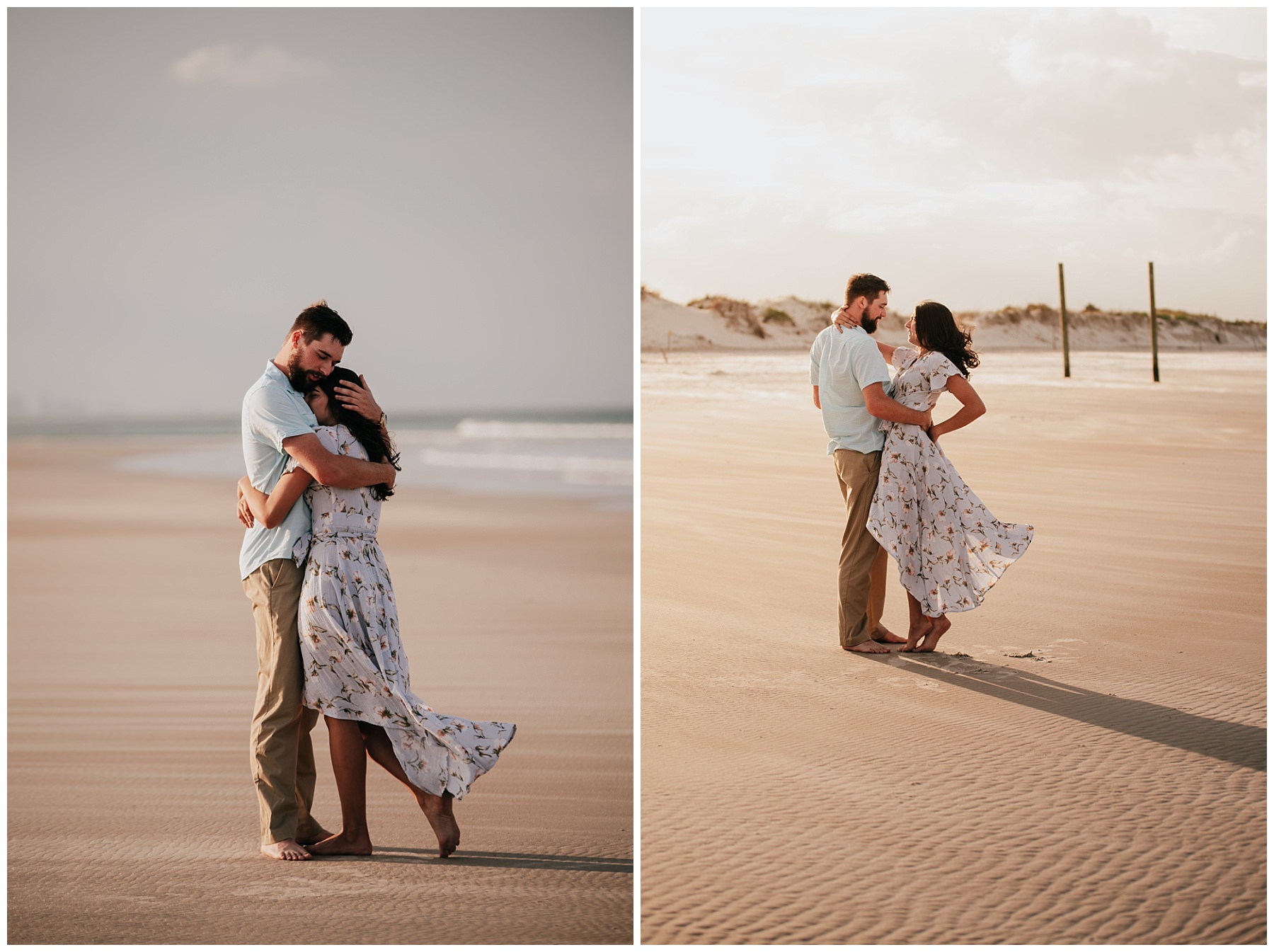 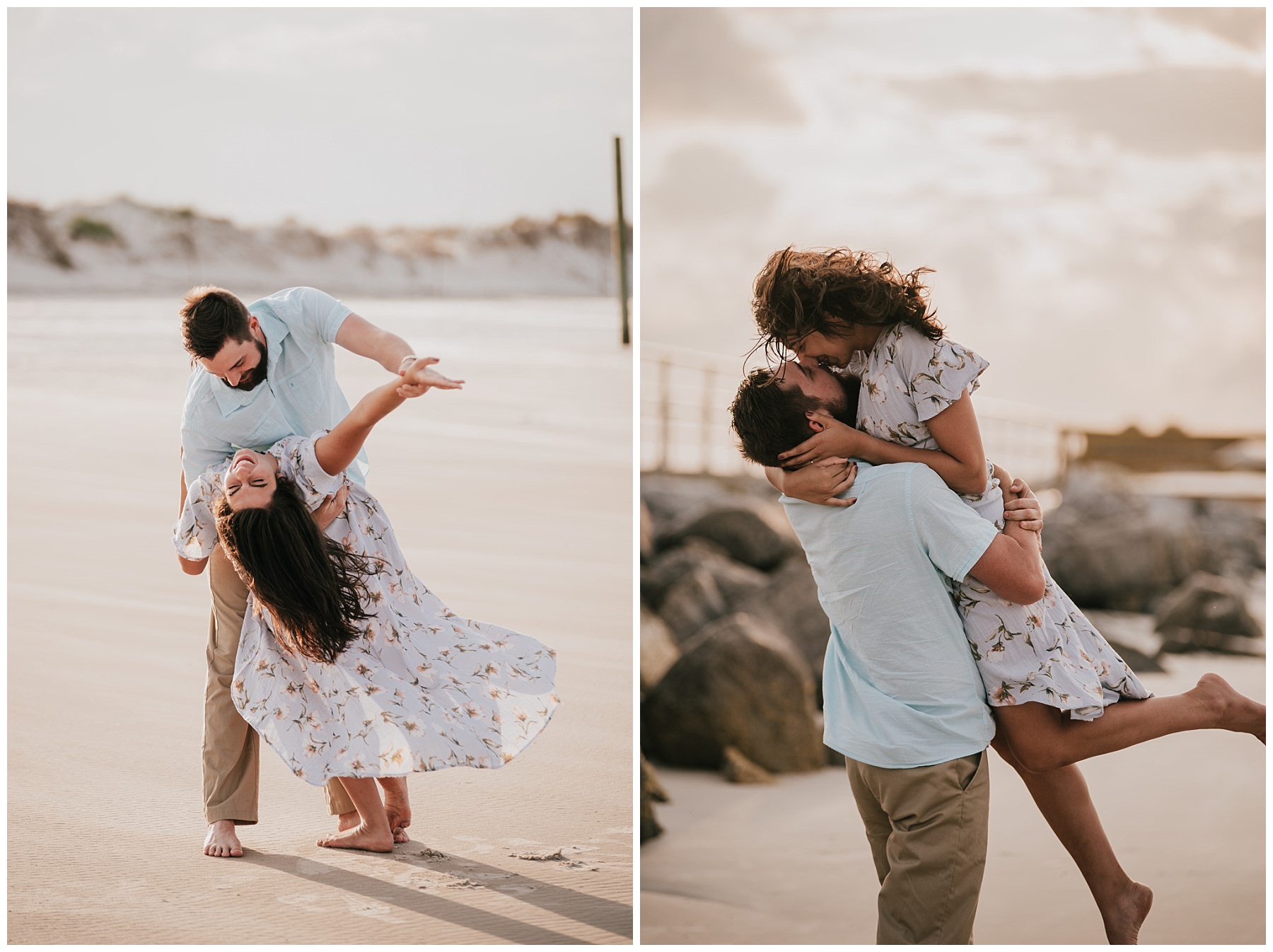 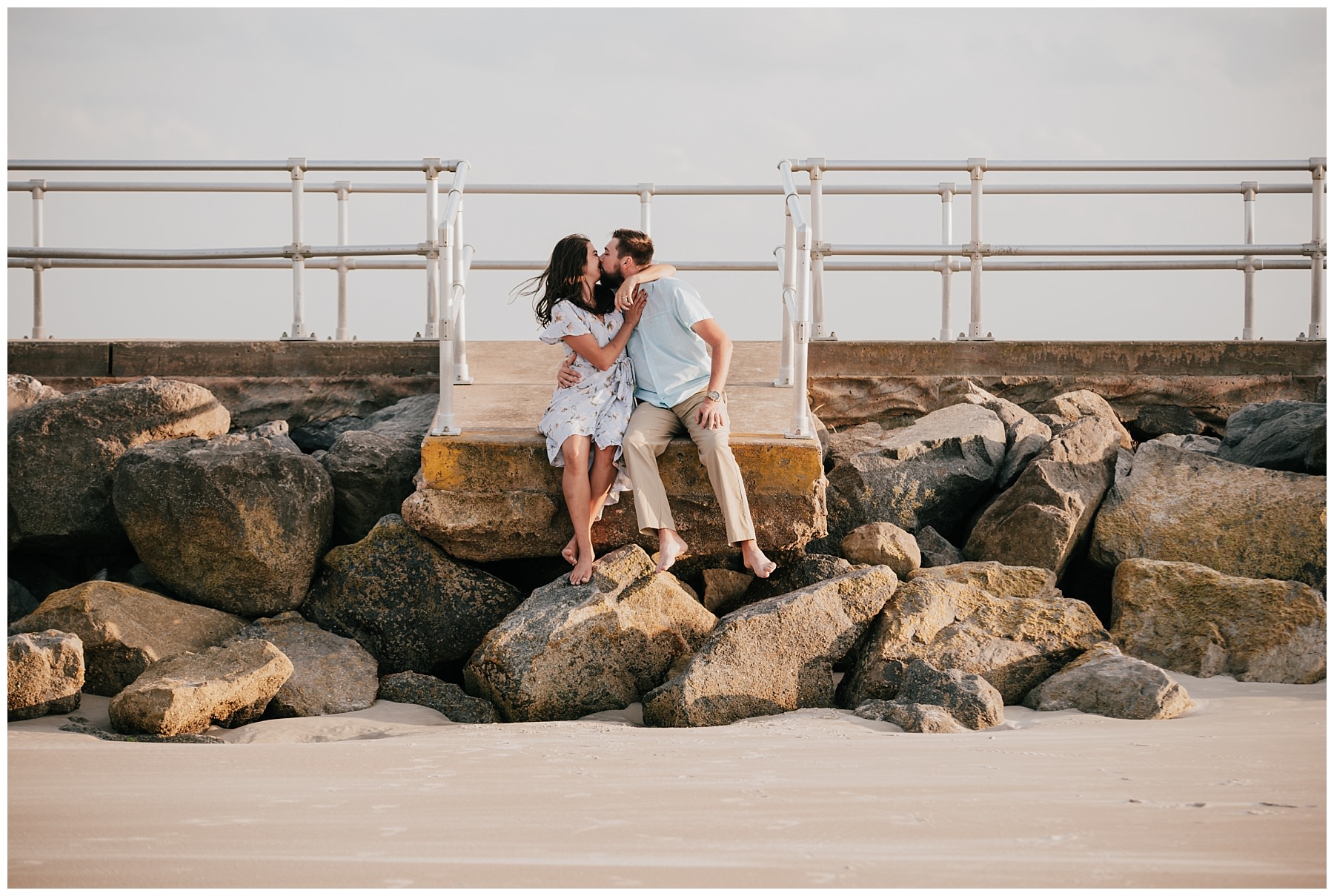 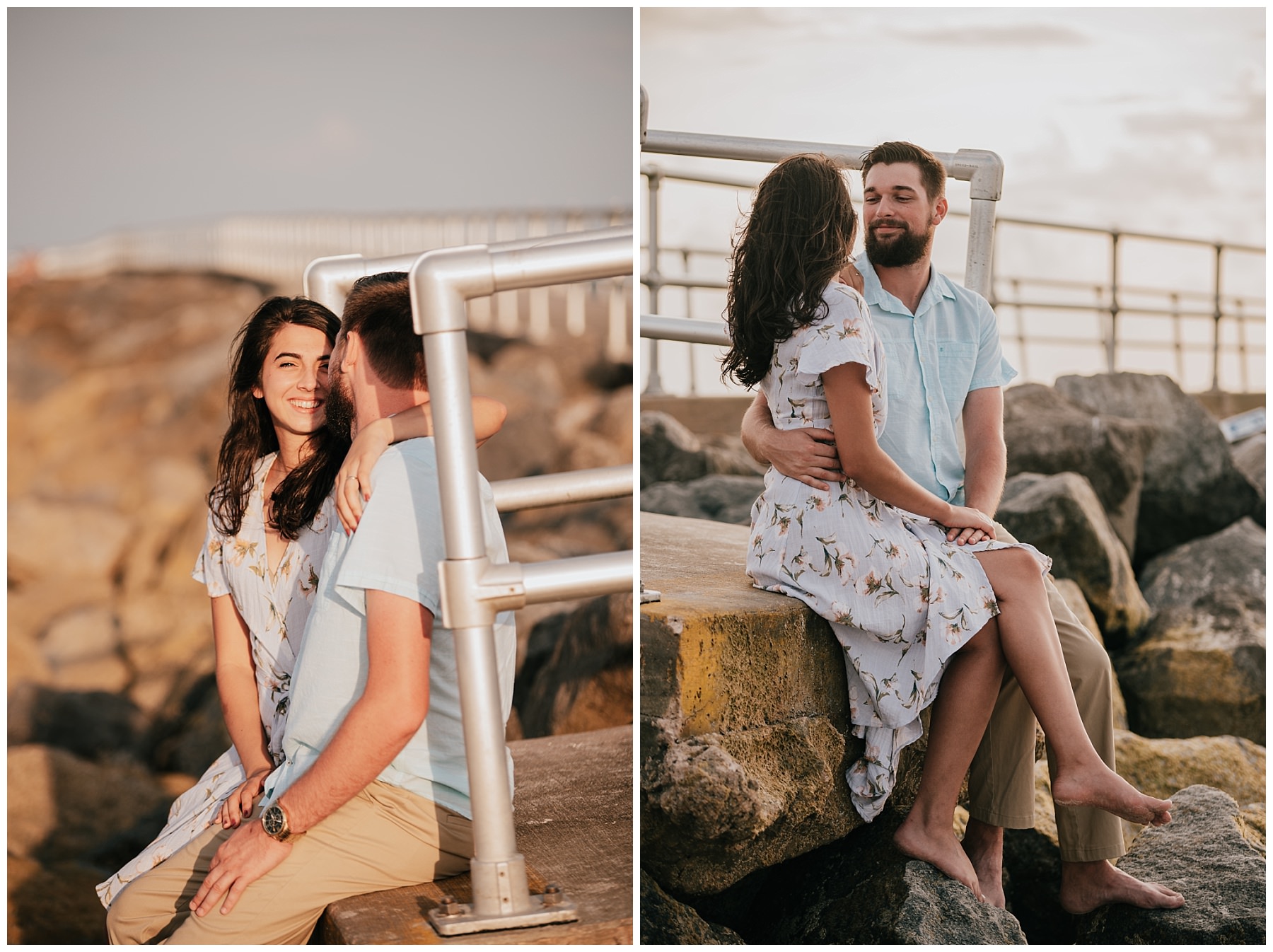 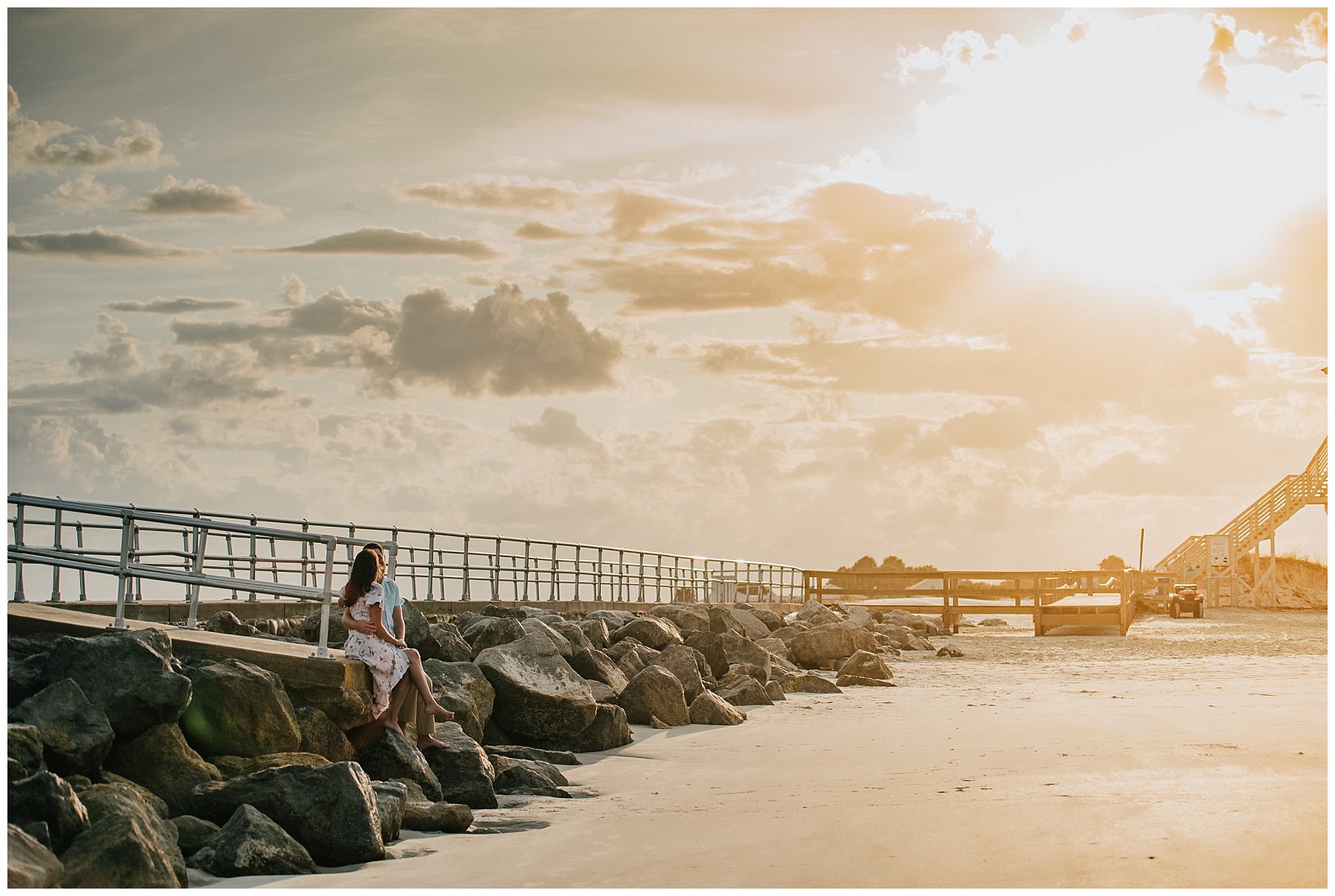 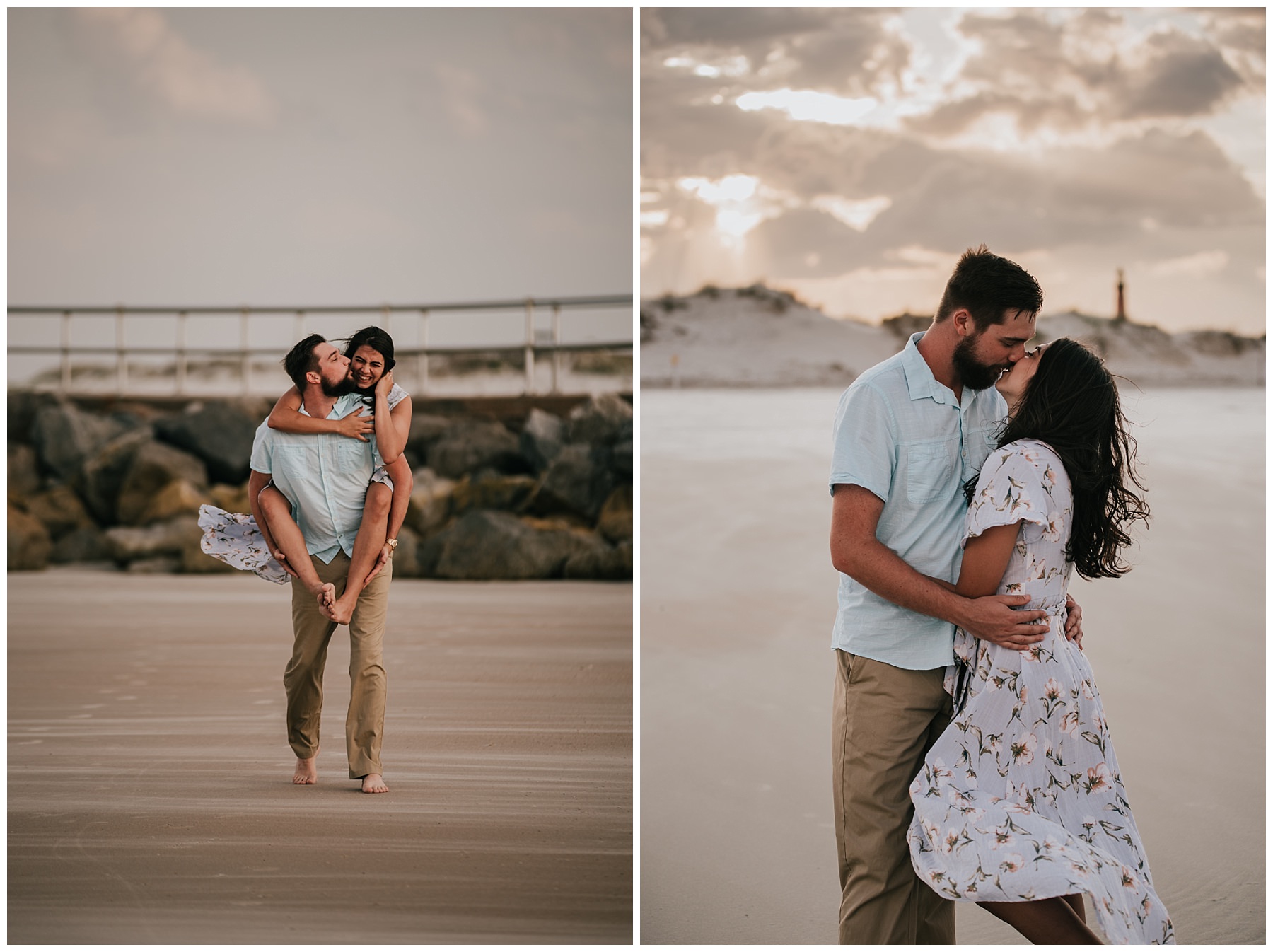 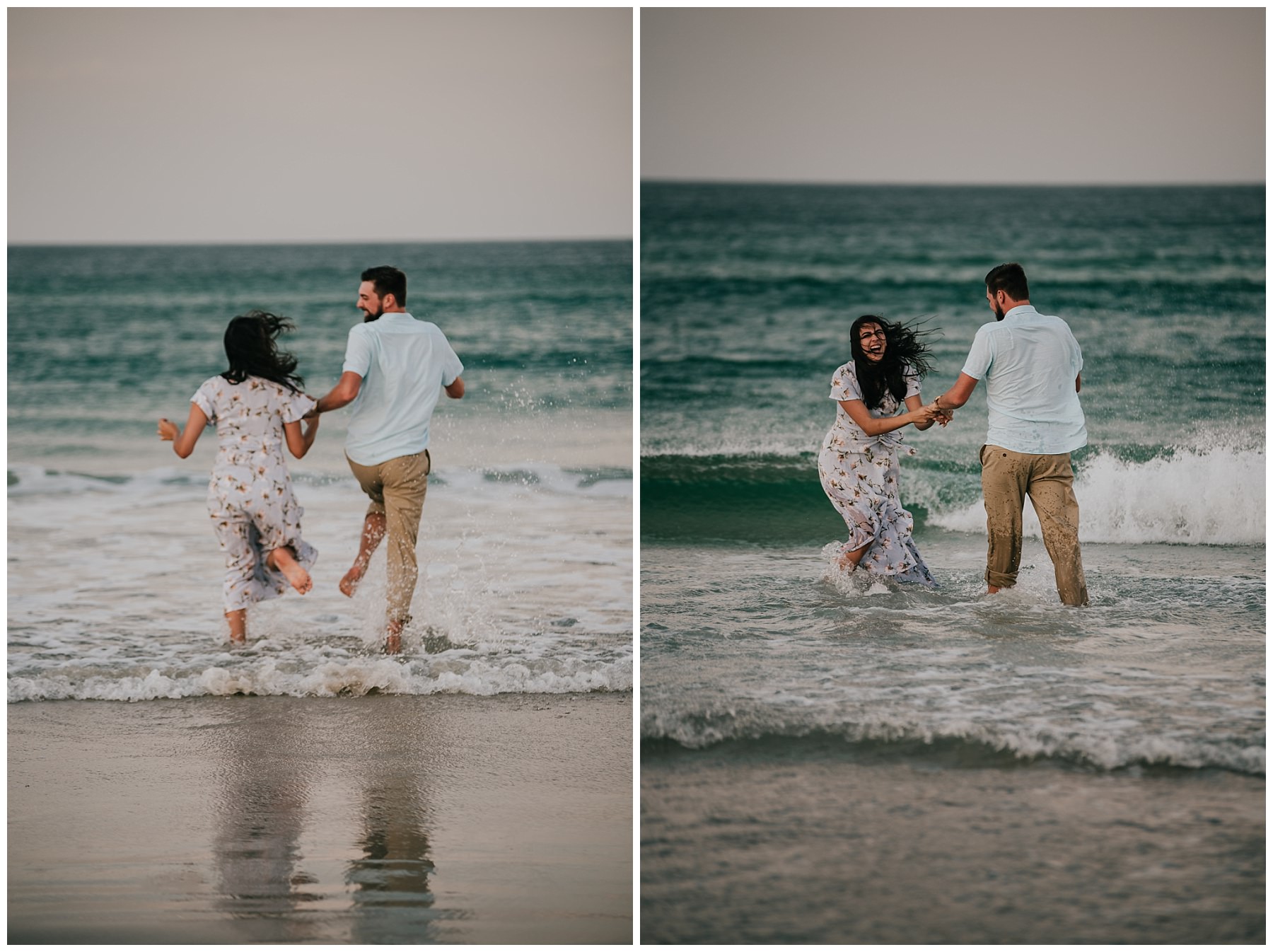 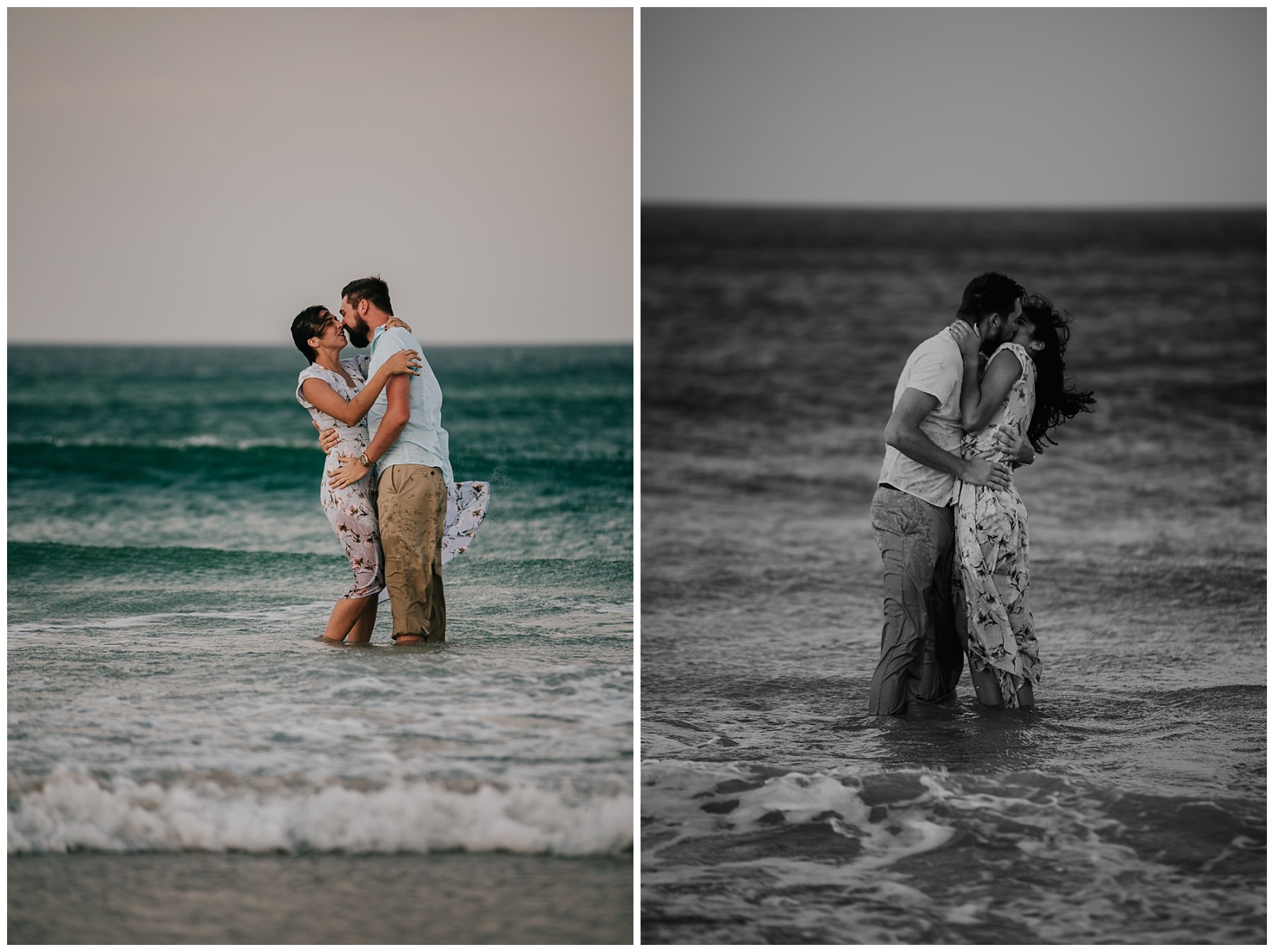 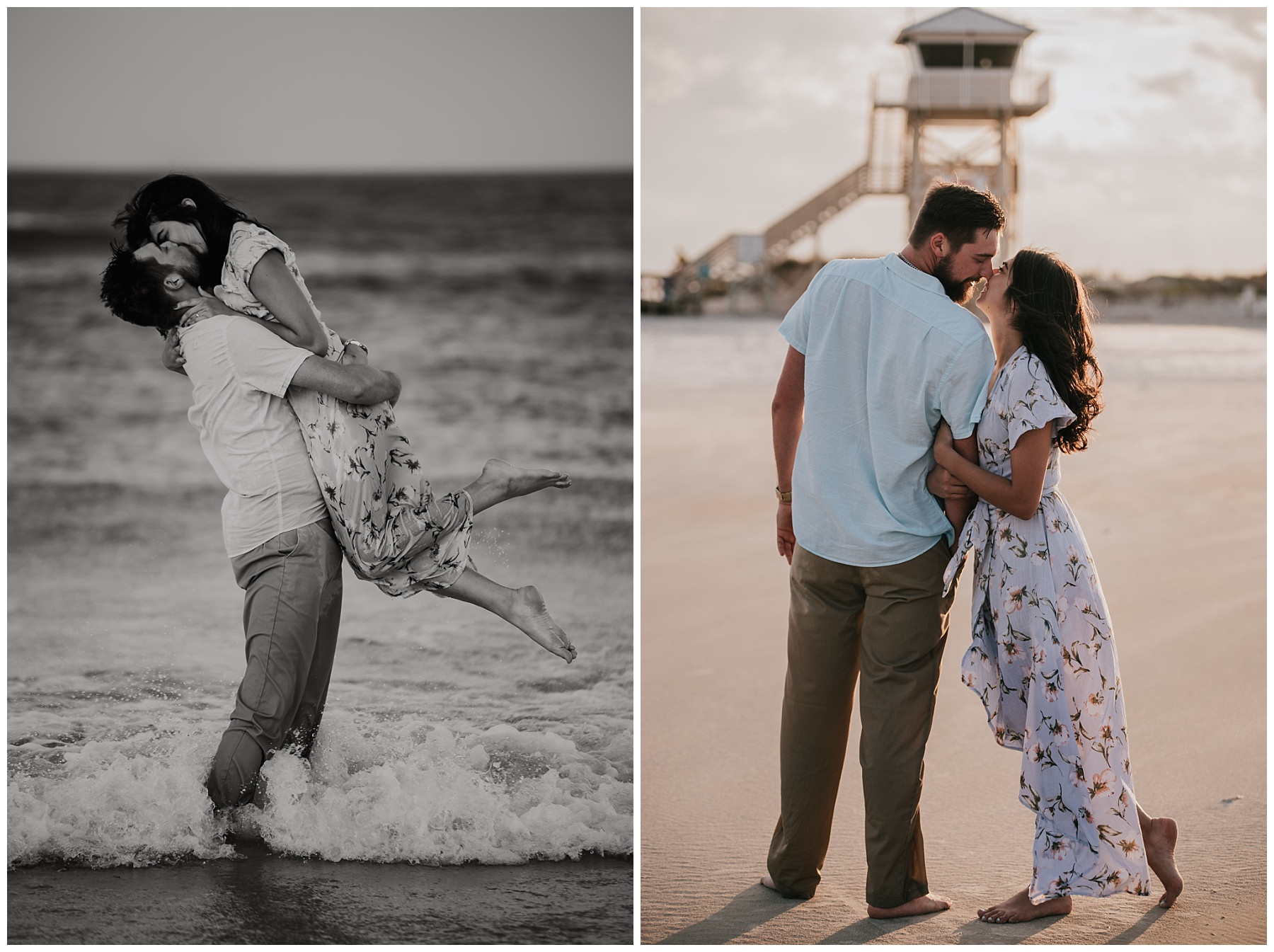 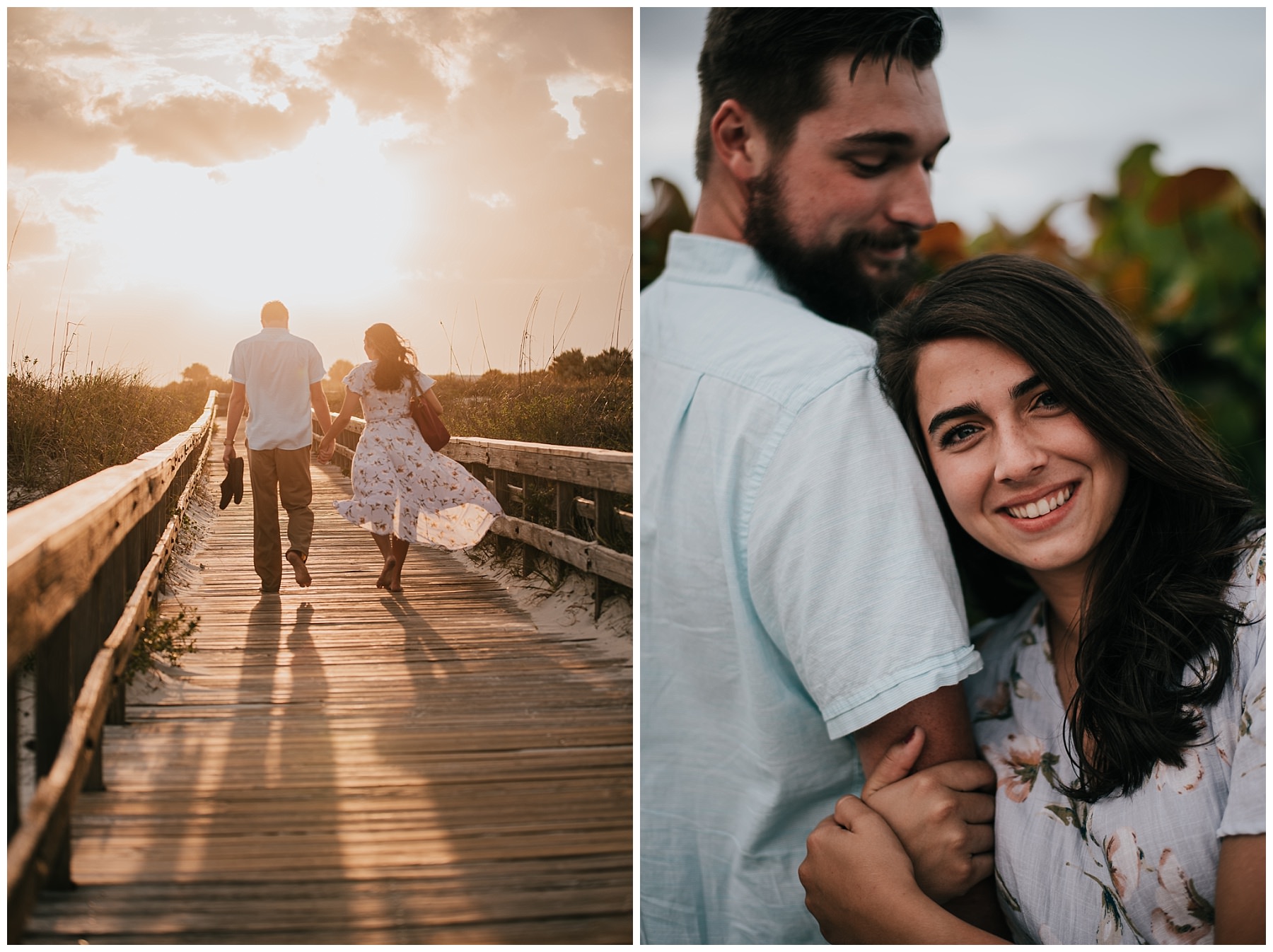