Sierra and Arlie’s engagement session at Flagler College was an absolute blast! During all of this crazy going on in the world, it was very nice to be able to go out and have a normal evening for a change of pace.

When I met Sierra and Arlie, they reached out to me about an engagement photographer in Orlando FL, we hopped on a Zoom call due to the Corona Virus, and we went through all the details for their engagement session. As we spoke, I asked them about their likes and dislikes and we ultimately came on the decision to have the session at Flagler College, in St. Augustine FL.

Sierra and Arlie were just some young teenagers when they met in 8th grade, but they didn’t really know each other until they had begun dating in 9th grade on October 4th, 2014. On that date, It was a beautiful starry night at the fair. Arlie and Sierra were having tons of fun and that is when Arlie asked sierra to be his girlfriend. So from that point on 4they have been together since the start of high school.

In January 2019, Arlie left to study ministry with a missionary in Guatemala. Sierra went to see him over her college spring bring in March. Arlie had asked sierra to bring a ring from the US for his buddy that was supposedly supposed to be proposing to his girlfriend. Little did Sierra know, she was actually bringing her OWN ring in a package to Arlie in Guatemala. She had no idea that the ring was for her!

After extensive story making and telling Sierra all about it, He made it seem like it was part of a big scheme for one of his friends down there to propose to a girl, but instead, Arlie actually was proposing to her under a famous arch in Antigua, Guatemala on March 22, 2019. Of course Sierra said yes!! It was the trip of a lifetime.

St. Augustine is a city on the northeast coast of Florida. It lays claim to being the oldest city in the U.S., and is known for its Spanish colonial architecture as well as Atlantic Ocean beaches like sandy St. Augustine Beach and tranquil Crescent Beach. Anastasia State Park is a protected wildlife sanctuary. The Castillo de San Marcos is a 17th-century Spanish stone fortress with views of the St. Augustine Inlet.

With a robust downtown district with lots of shoppes and restaurants, St. Augustine is a bustling city and a great location for an engagement session. Flagler College lays near the heart of the city and it is a great staple that draws lots of attention for its beautiful Spanish colonial architecture. Flagler College is one of my favorite locations for an engagement session because of its versatility and many different spots.

The beautiful historic heritage in St. Augustine is truly a wonder. Its romantic, and adventurous, with lots of great spots for beautiful portraits for this engagement session. Gardens, and old Spanish style architecture, it’s a very pleasant combo no matter where you walked. Arlie and Sierra were absolute naturals. They were very comfortable with the environment around them, and you can see their genuine love for each other clearer than a crystal.

We toured the entire campus of Flagler College, in St. Augustine and got plenty of unique and romantic shots for this engagement session. 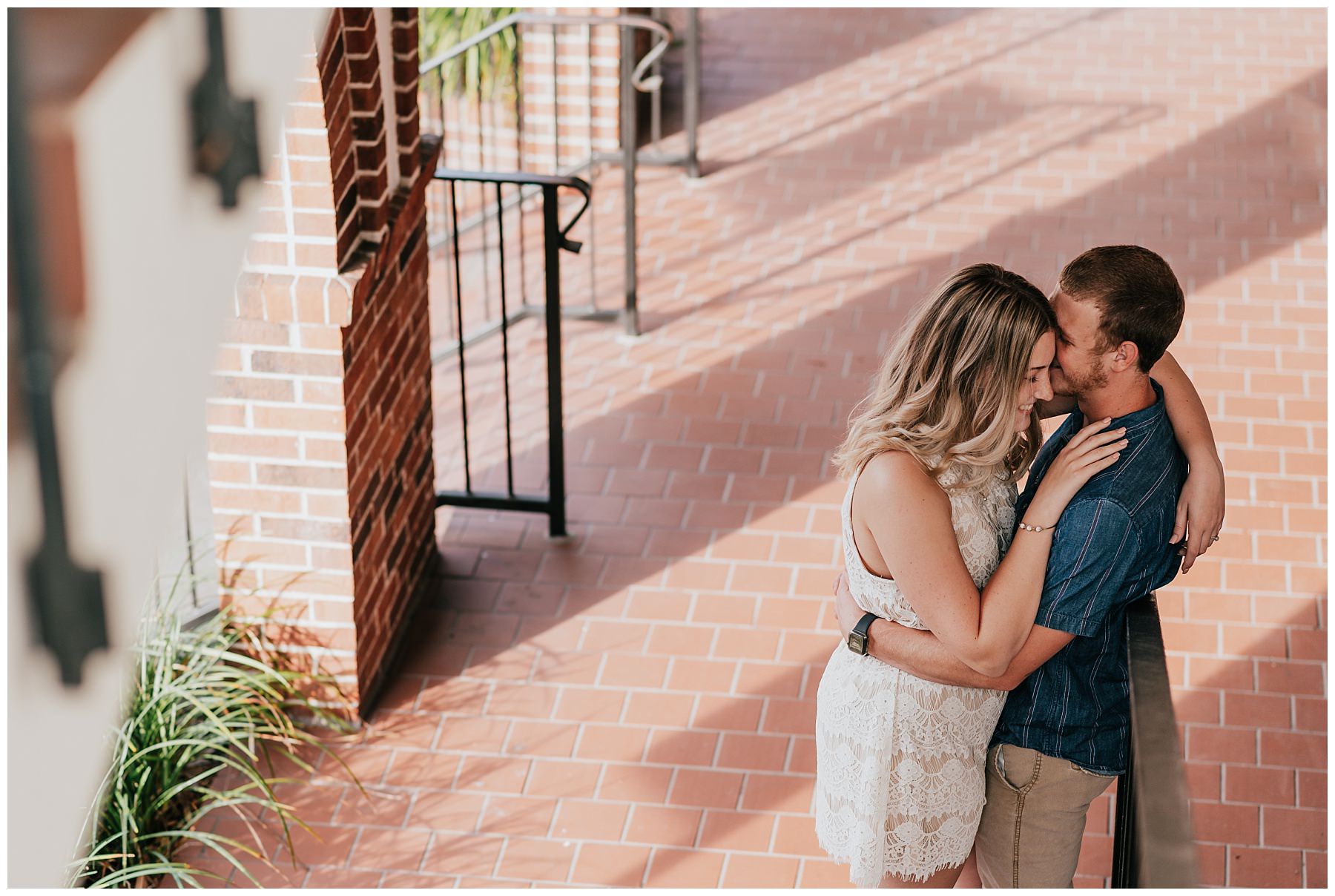 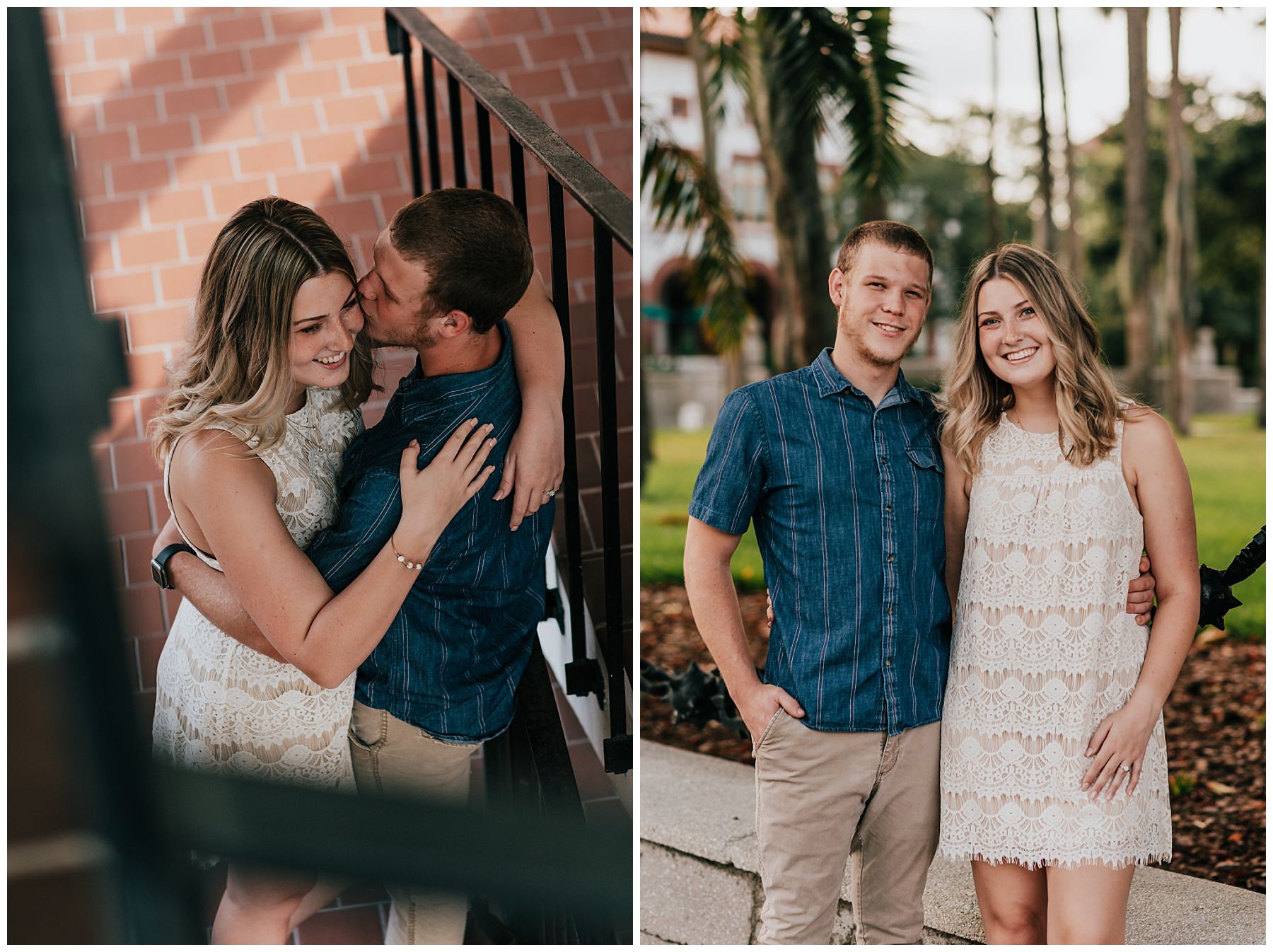 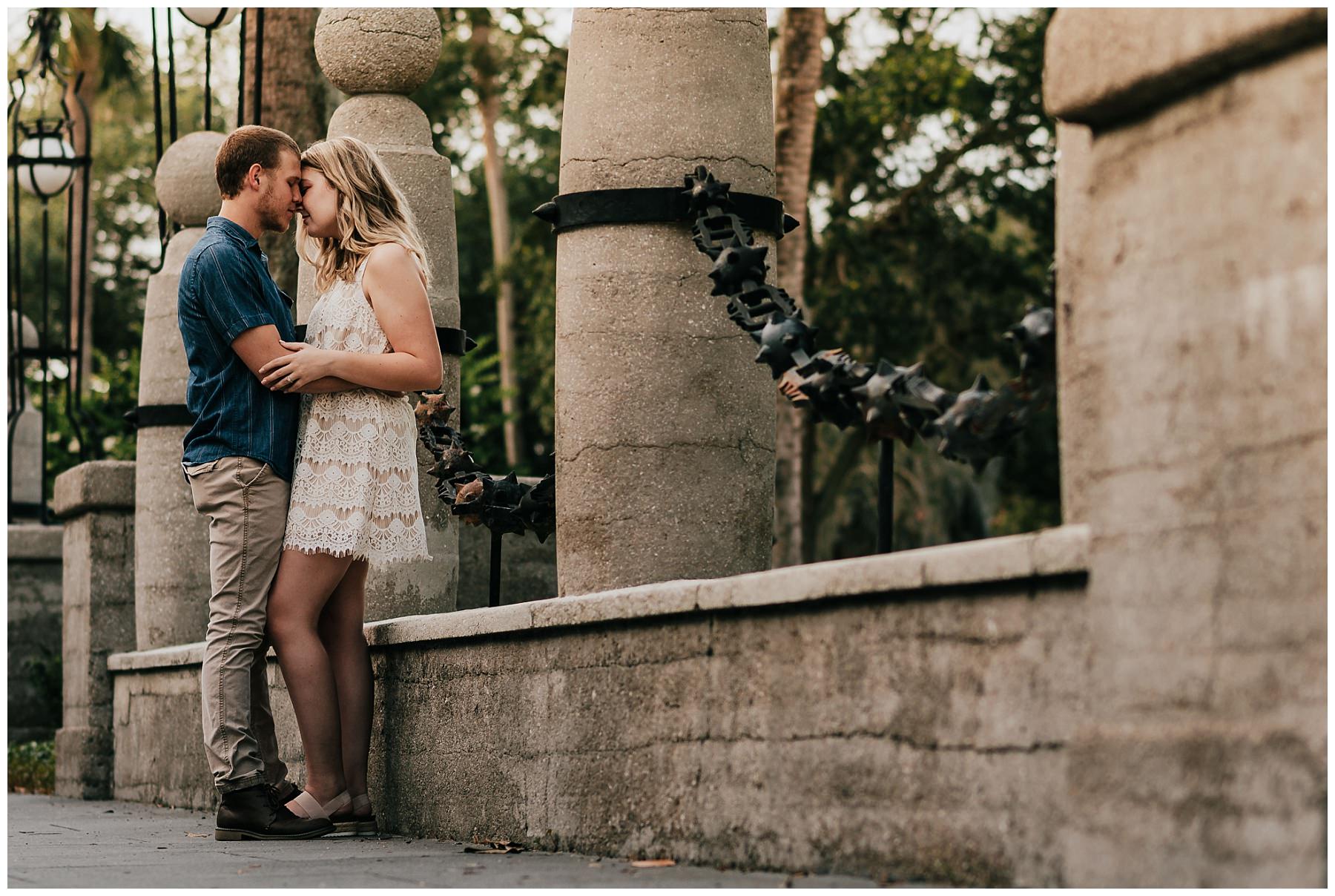 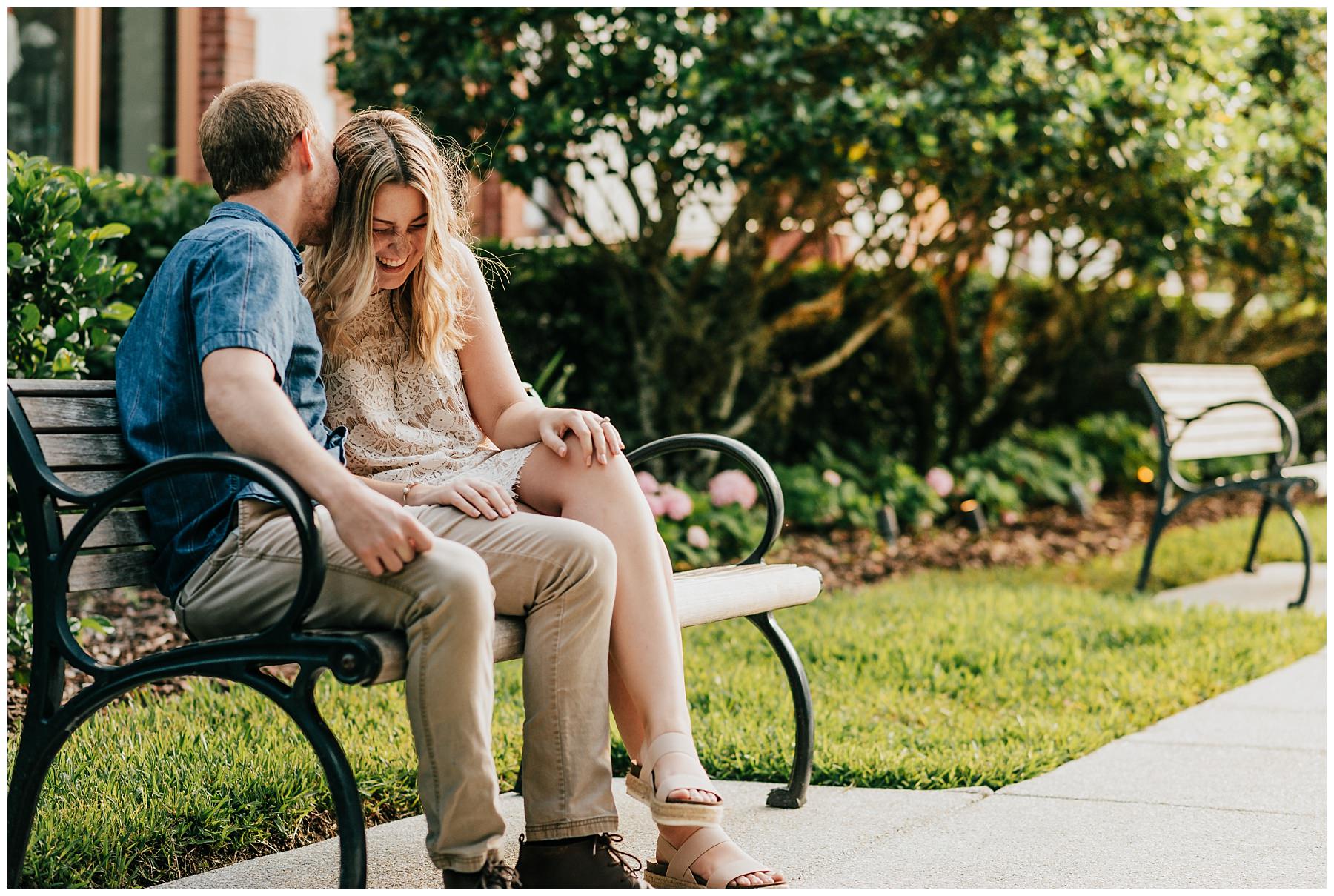 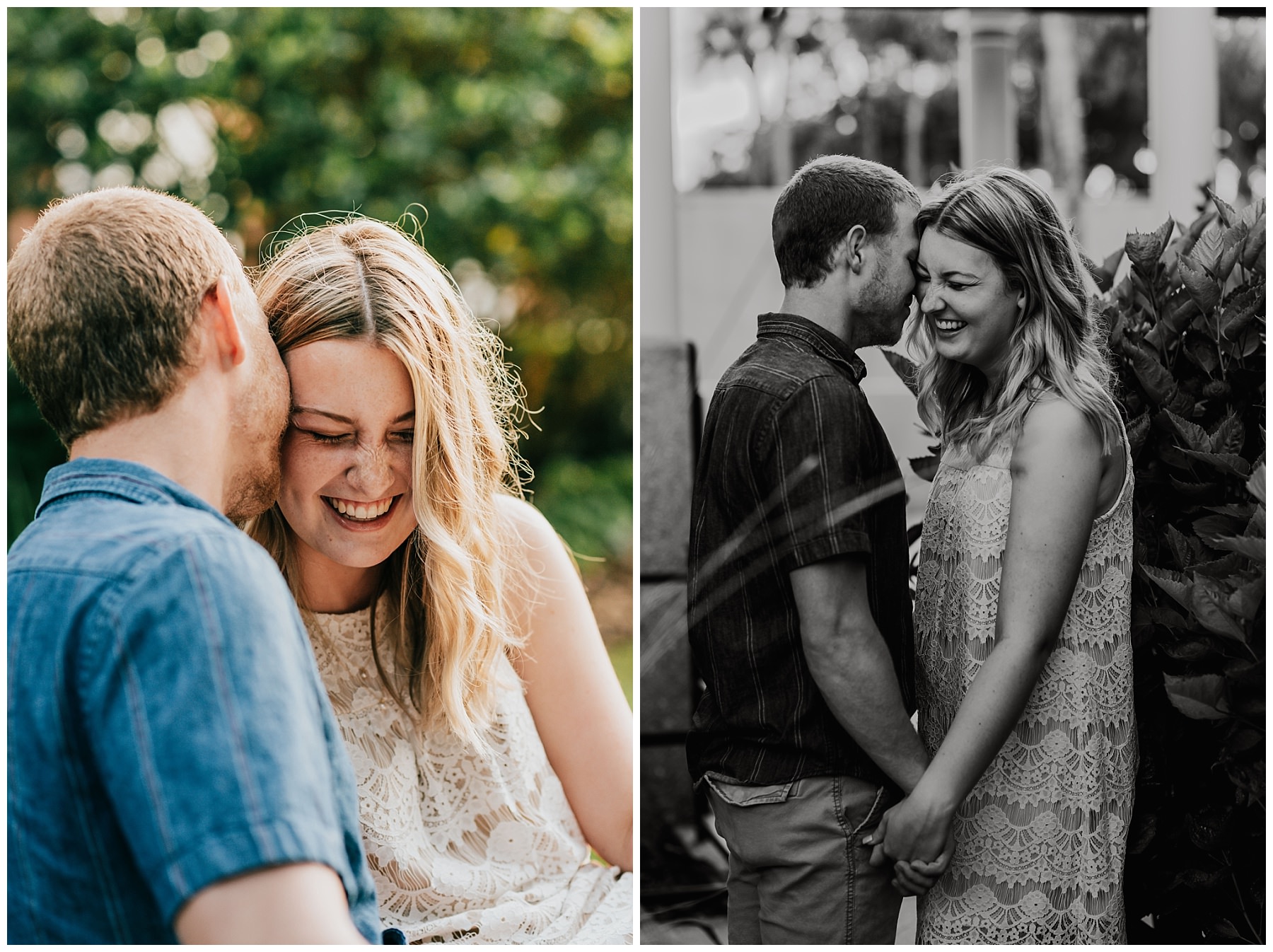 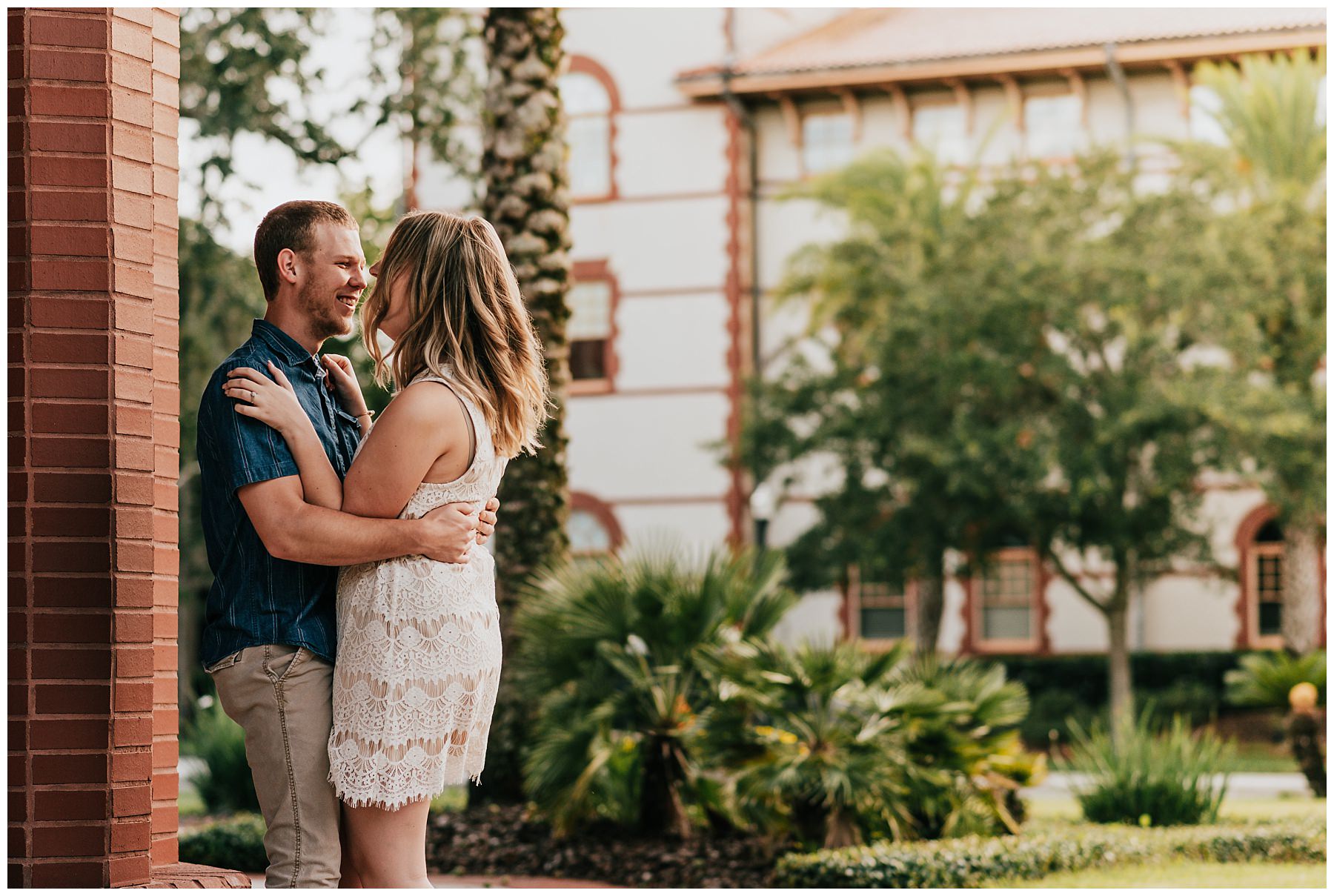 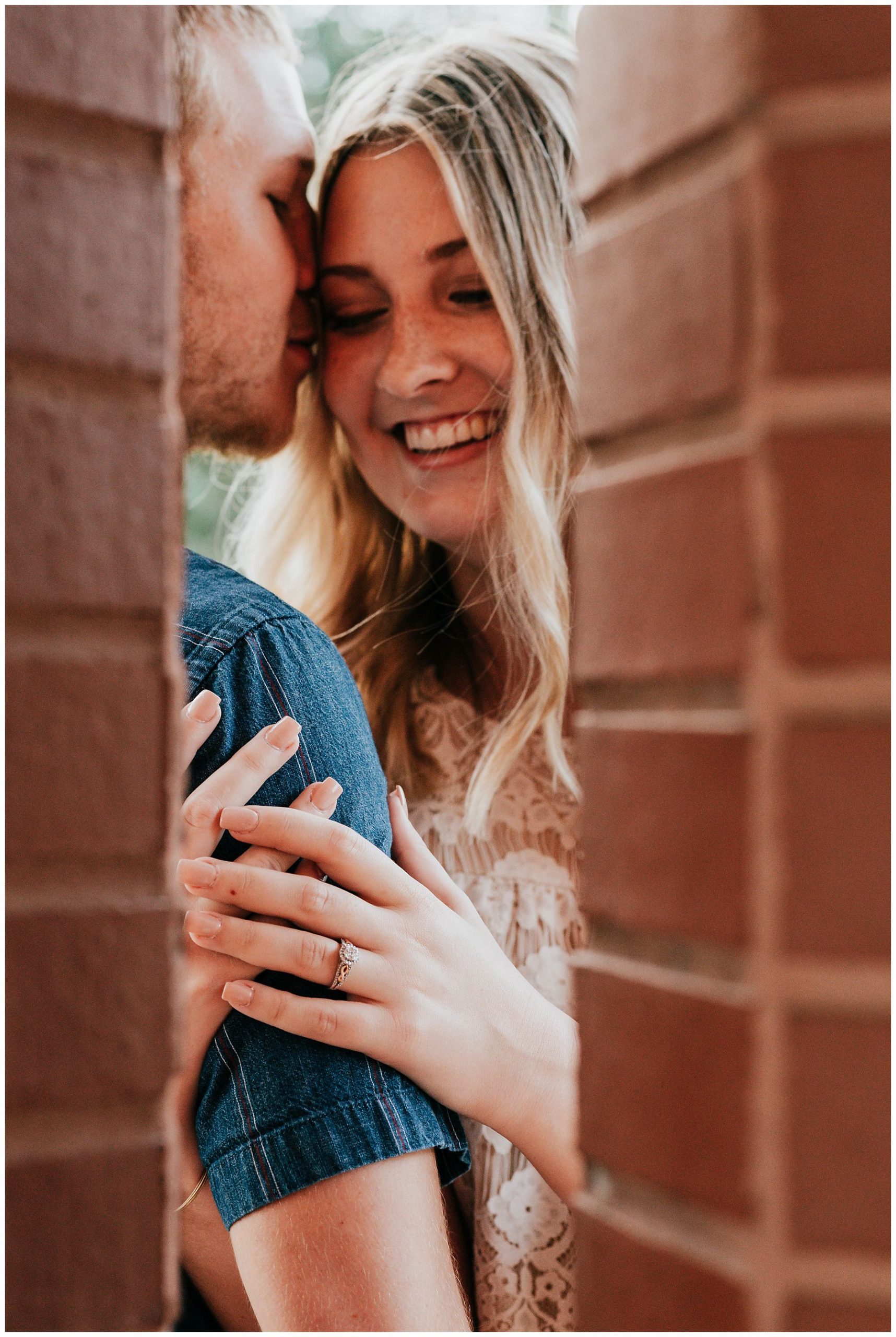 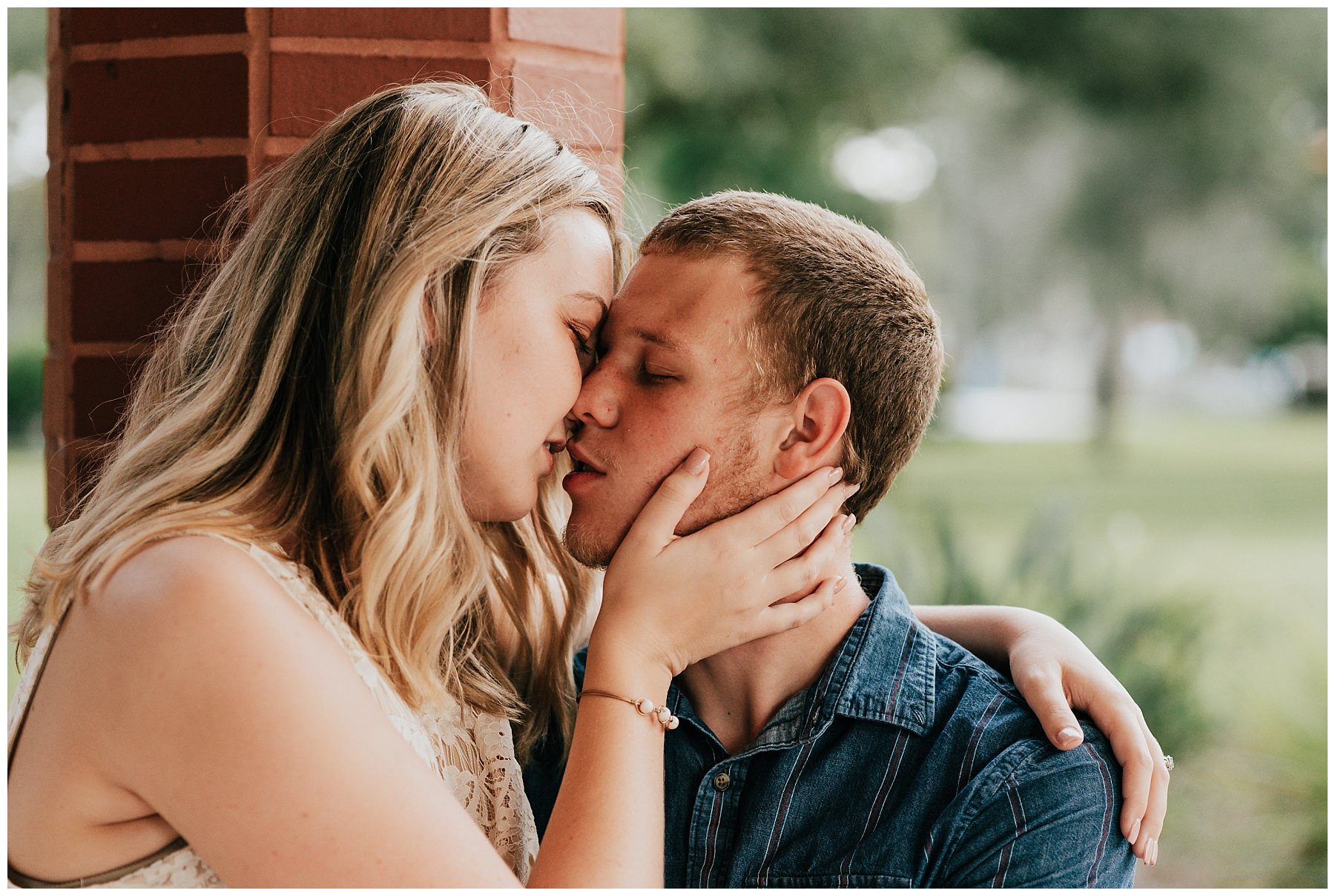 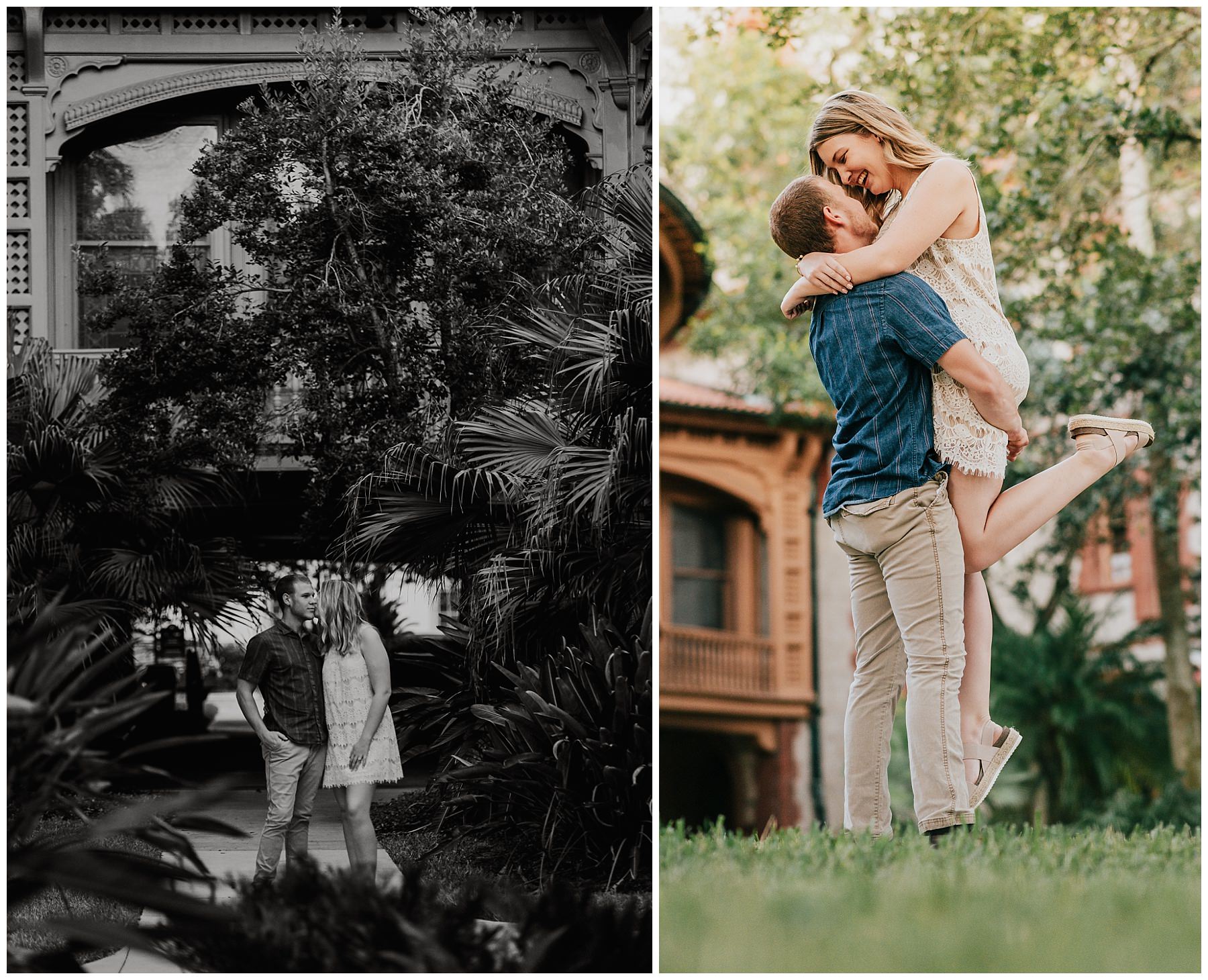 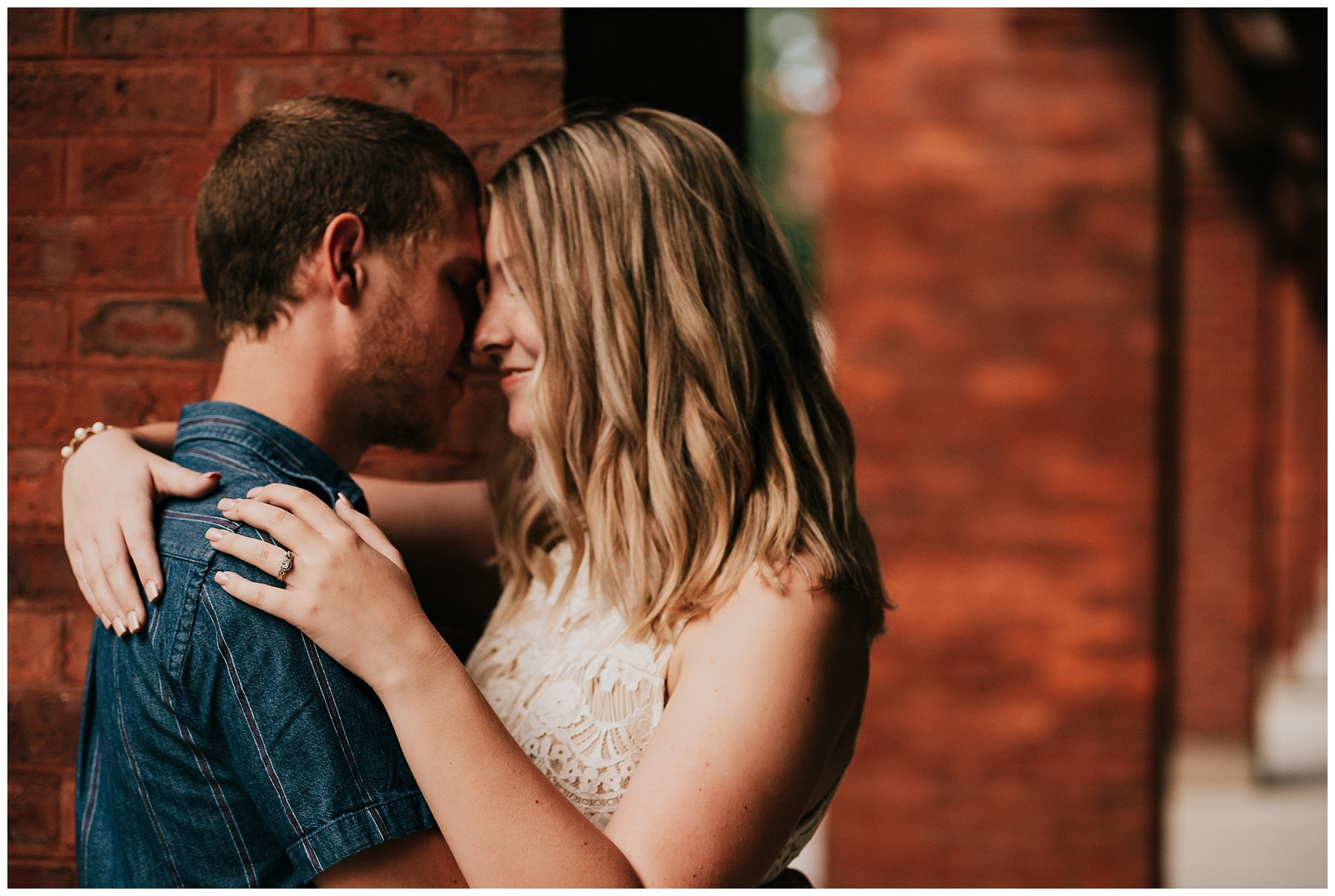 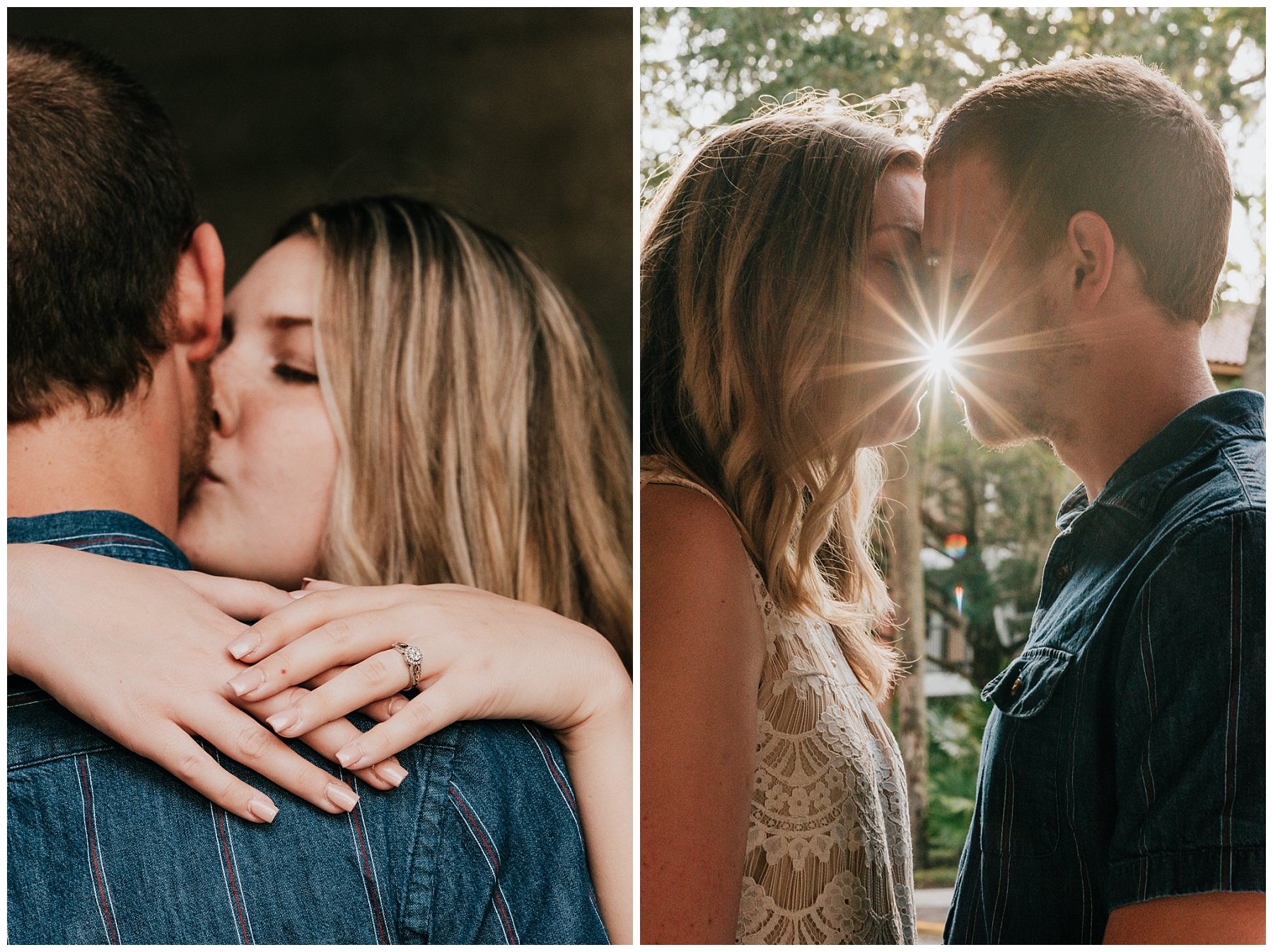 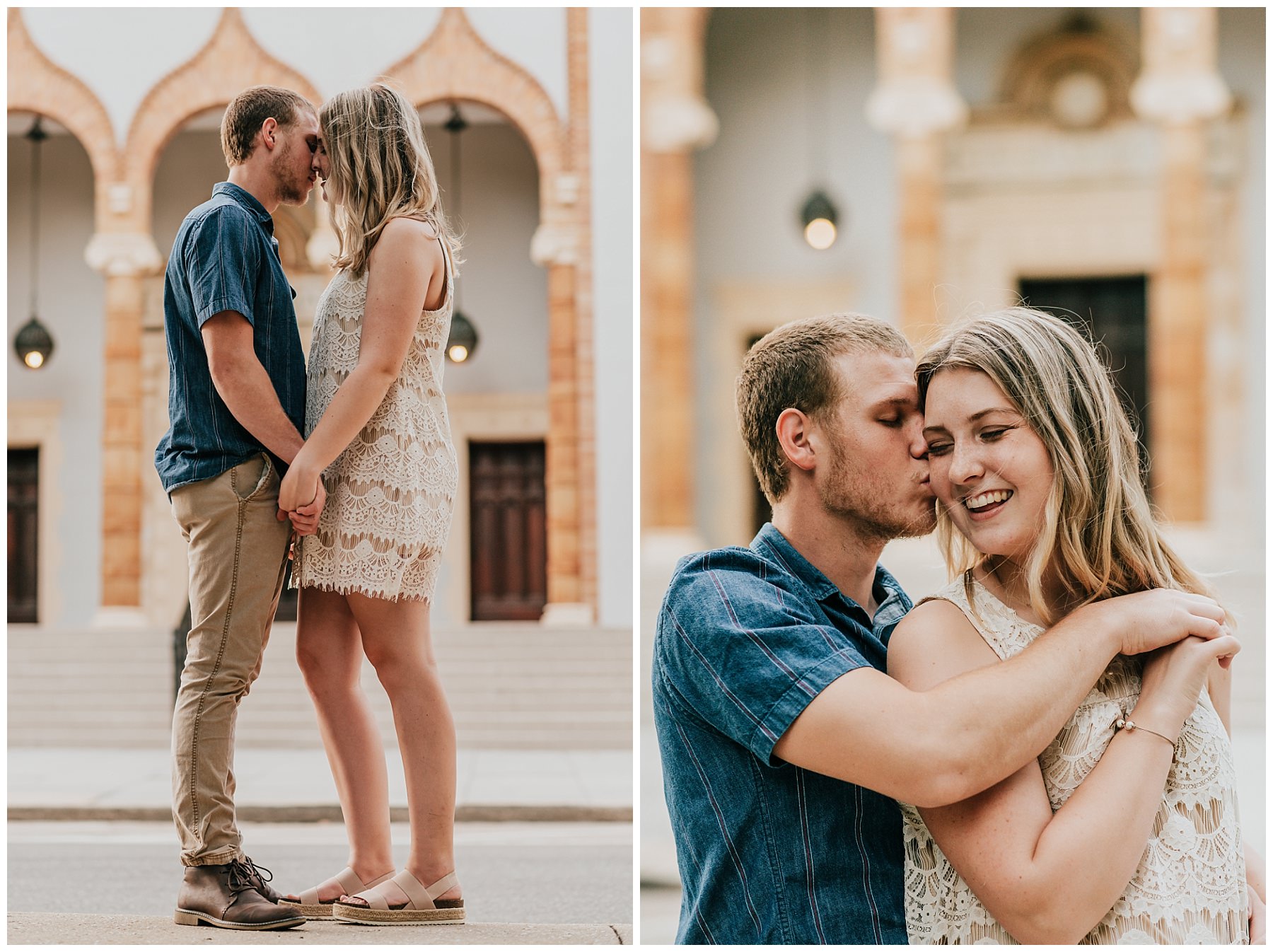 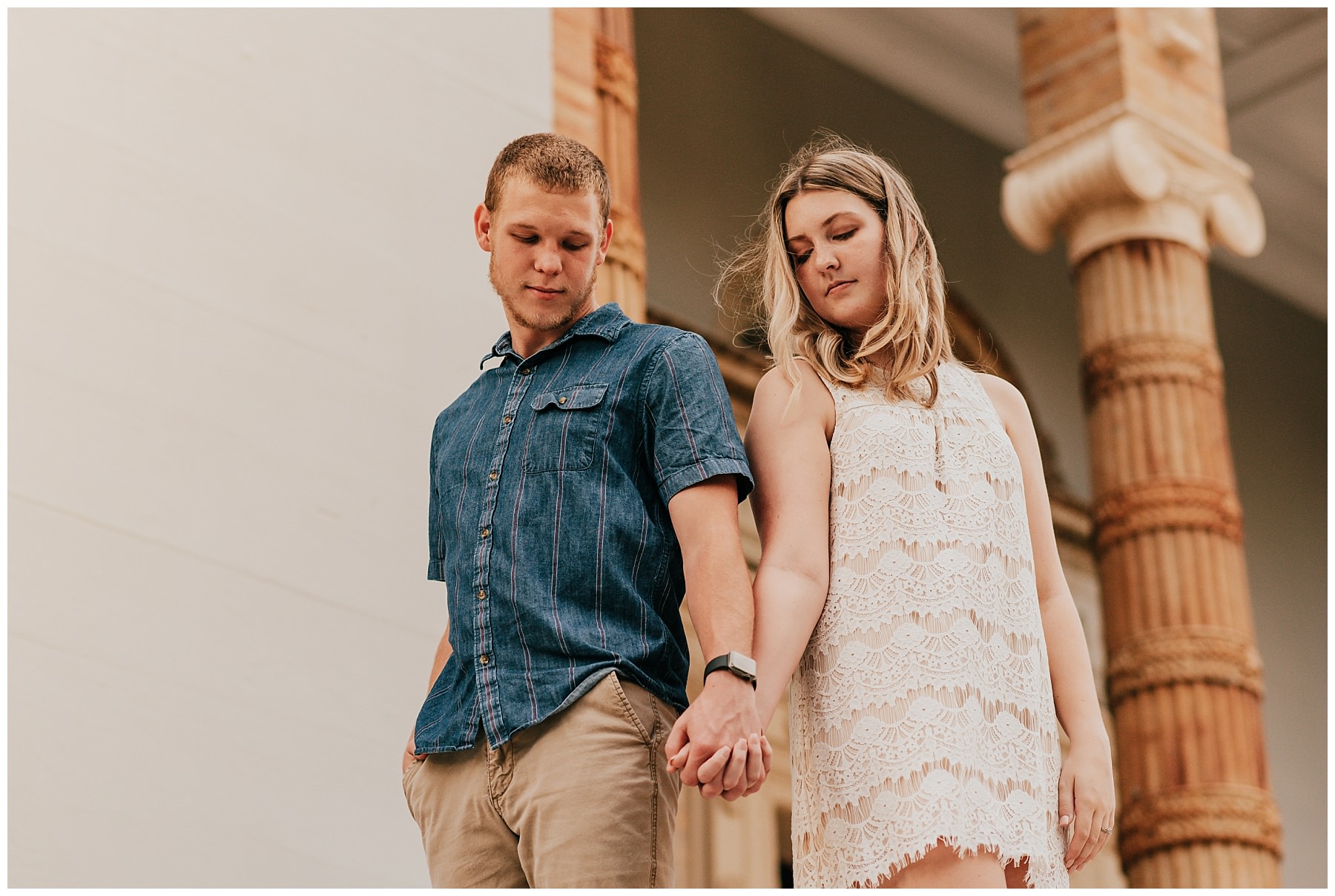 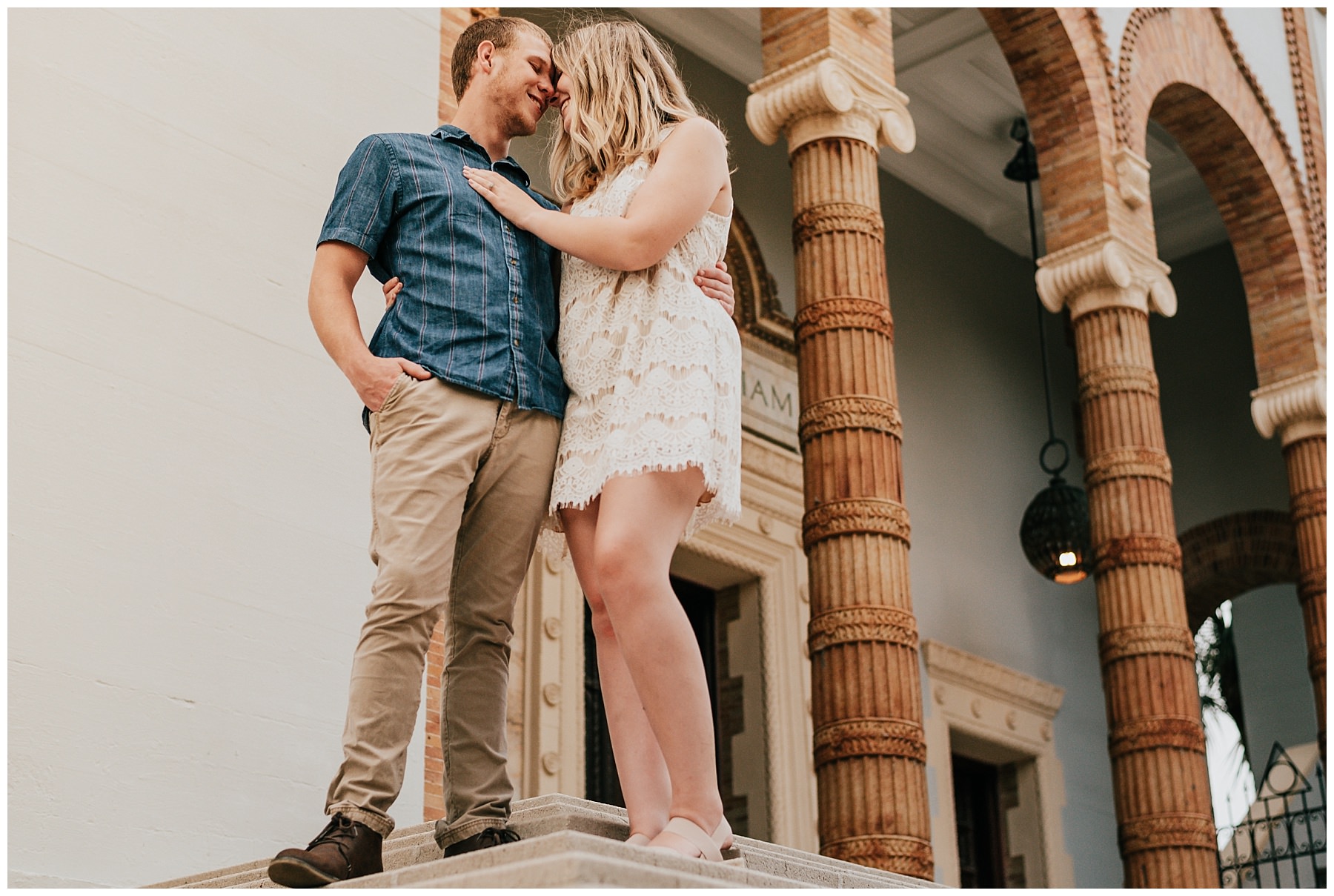